It is a miracle, and we are crying. Plus: a few reasons to give Kanye a chance, possibly the best fashion show ever, and some BIEBER.

Christine McVie reunited with Stevie Nicks and the rest of Fleetwood Mac on stage Wednesday night in London, and just seeing this video of it made me cry. (I want to believe that Jessica’s piece celebrating the friendship/sisterhood of Christine and Stevie had something to do with this miracle.) They played “Don’t Stop,” but selfishly I wish they would have performed my favorite Christine song, “Isn’t It Midnight,” from Tango in the Night. P.S. There’s a biopic in the works about the Beach Boys’ Dennis Wilson that depicts the tumultuous relationship he had with Christine. She will be played by Vera Farmiga, whom I also love because of movies like this one.
Julianne

In what was possibly the best fashion show of all time—or at least the most fun to watch since Betsey Johnson bicycled down the runway three years ago—the avant-garde designer Rick Owens treated Paris Fashion Week to a full-on stepping routine, with a grip of badass (and refreshingly not model-skinny) women slapping, clapping, and stomping their way down the runway. They were real steppers from dance teams in New York and Washington, D.C., too. This is how you do a fashion show, people. The Cut’s Robin Givhan awesomely breaks the whole thing down, with video and quotes from Owens, right here.

I haven’t seen the new coming-of-age movie Babygirl yet, but based on this trailer, which dropped Monday, I am gonna love it. The main character, 16-year-old Lena (played by first-time actor Yainis Ynoa), is being ogled by her mother’s boyfriend—and she seems to respond to him with wit and a toughness that’s written all over her face. Babygirl has been getting accolades at film festivals for a year now, and it’s finally opening for a commercial audience on October 4 at New York’s Quad Cinemas. I can’t wait!

Have you seen the new Charli XCX video? It’s like if you were kicking it with your best girlfriends at a Tokyo candy rave, and it is THE BEST. Charli is truly a pop star for our time!
Maggie 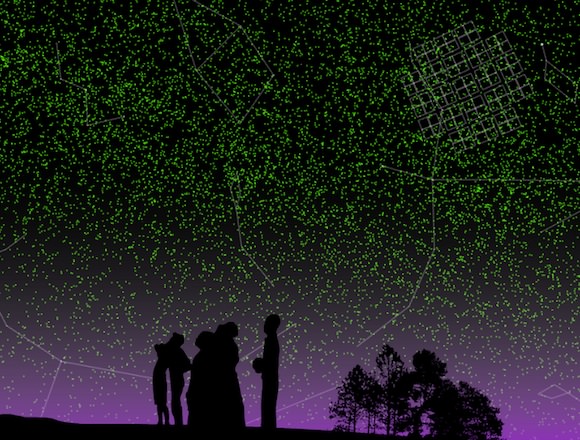 A screen cap of the new app by New Scientist.

This interactive map by New Scientist shows the number of Earth-like planets that may exist in the universe in a way that is beautiful to behold. Based on data from the Kepler Space Telescope, the magazine estimates that there are 15 to 30 billion Earth-like planets out there. Knowing there are other worlds capable of sustaining life makes me feel a tiny bit better that we are turning this one into a smog-choked hellhole with dwindling biodiversity. Hopefully those places are as beautiful as this one but populated by a less destructive species than humans.
Brodie

I am unashamedly obsessed with Kanye West and everything he represents. So you can imagine my joy at this week’s slow-trickle release of the four-part video breakdown of BBC Radio 1’s recent interview with Yeezy. He sat down in the studio with Zane Lowe, and he got down to business! The full interview’s run time is an hour; part three, above, is my favorite. If you’ve ever had reservations about Kanye—like thought he was a jerk or a narcissist, or questioned his intent or talent or his relationship with Kim Kardashian—you need to watch the whole thing. He insists that people should say “thank you” to artists whose work they love, talks about what went down with Taylor Swift at the VMAs, and compares himself to Wreck-It Ralph. Kanye constantly flummoxes Lowe by disassembling the interview format; two minutes before the end, he tells him, “You can’t ever tell me what dream to have.” I just got goosebumps typing that.
Anna F. 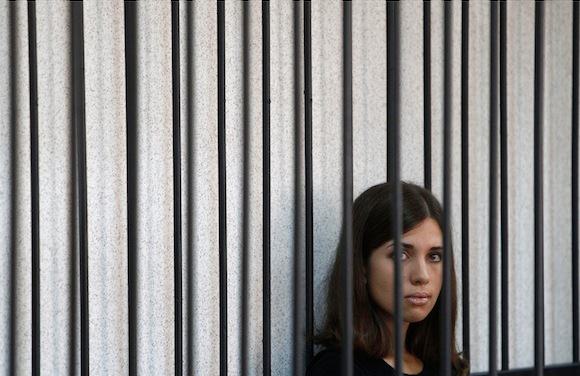 It’s been one year since Pussy Riot’s Nadezhda Tolokonnikova, above, and Maria Alyokhina were convicted of “hooliganism” and sent to separate Russian prison camps for performing a protest song about Vladimir Putin and the Russian Orthodox Church in a cathedral in Moscow. On Monday, the Guardian published a letter from Nadezhda chronicling her prison’s brutal conditions. (I’d like to add a trigger warning here for abuse, because it is a tough read.) She announced that she would be going on a hunger strike, starting that day, to protest the inhumane conditions she and her fellow prisoners are subjected to. Yesterday, her husband notified the press that she had been hospitalized within the camp. I don’t have much to add, except that I wish her luck.

A couple weeks ago at The Nation, Rookie contributor Roxane Gay wrote this post on how few writers of color get reviewed in major literary publications, and the numbers were bleak. This week she compiled a list of “urgent, unheard stories” by writers of color being published this fall. The books are broad in content and theme, so there’s something in there for everybody, no matter what you like to read. I’m really excited for Carmen Gimenez Smith’s Milk and Filth and Samantha Irby’s Meaty, a copy of which I just got my hands on. And now you know what I’ll be doing with my Saturday.

Better than the “300 sandwiches” story (man requires girlfriend to make same before he’ll marry her) were the writer Ann Friedman’s tweets imagining alternative scenarios in the form of rhyme-y romcom titles:

Into this eyeball manicure DIY, inspired by Kenzo’s spring/summer collection, over at Teen Vogue. 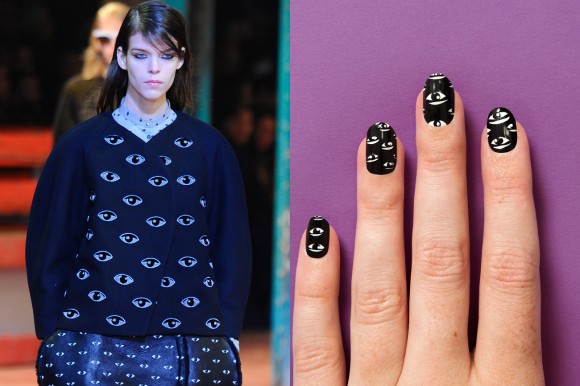 Justin Timberlake and Jimmy Fallon made fun of hashtags on Tuesday’s episode of Late Night With Jimmy Fallon, and it’s great. Justin should quit all of his other jobs and just make little sketches with Jimmy. They are the dream team.

Justin Bieber did a pretty good job as a guest on the latest episode of Zach Galifianakis’s excellent pretend talk show, Between Two Ferns. I’m not sure about something, though: Does the Biebs actually have a sense of humor, or does he just know enough to pretend that he does?
Stephanie

When I saw “How to Get Flat Abs” all over my Facebook feed on Monday, I wondered if everyone I know had gotten hacked. But it turned out to be a list, from The Huffington Post, of ways to make your own happiness, which is something I’ve been all about lately. After years of saying that one day I would move across the country to live in Seattle, I finally did it. With that choice came other things that also happen to appear on the list, including stopping with the “crazy making” and practicing gratitude. It was the perfect way to start my week. If you haven’t seen it yet, hopefully it can make a perfect ending to yours. ♦