Karaoke has never looked so cute. Plus: What the artist Louise Bourgeois really thought about clothes, the Turkish version of The O.C., and every single episode of South Park ever.

Earlier this week I told you how much I love Heartthrob by Tegan and Sara. What I neglected to mention was my one issue with it all, which is that there are NO DOGS like ANYWHERE on the album. Thankfully, the duo amended this oversight with this re-creation of their “Closer” video STARRING DOGS. To quote the unofficial statement they never released of words I’m putting in their mouths, “You’re welcome.”
Julianne

Twerking has been a big term/trend in mainstream pop culture of late, but it’s not a new thing. As the New Orleans rapper Big Freedia (pronounced “FREE-duh”) explained a few weeks ago, twerking has been around for over two decades, since it first came out of New Orleans’ vibrant bounce music scene. And Freedia would know—she’s had boy and girl dancers twerking at her shows, onstage and in the audience, for years. On September 25, in an effort to reclaim the dance—and to promote her new reality show on Fuse (check out a clip, above)—Big Freedia’s attempting to set a Guinness World Record for the largest number of people twerking at once! She’ll already have 250 dancers in tow, but if you live in New York, you can join in the fun, too: Just head to Herald Square that day at noon and be prepared to shake it for two full minutes. People have tried to paint twerking as salacious, rebellious, or otherwise distasteful, but as Freedia proves, the best and most real kind of twerking is just about letting go, being free, and feeling the music so much that you feel a duty to move your booty. 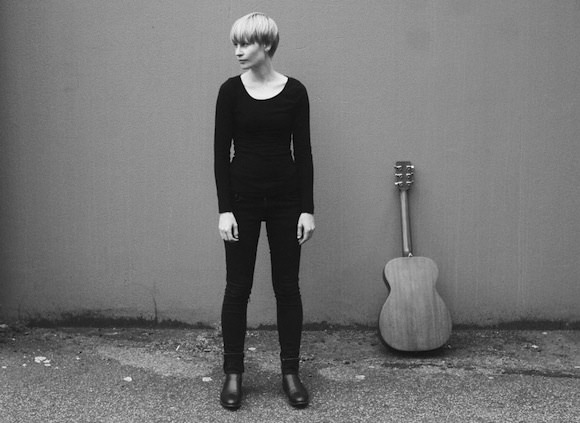 I have been reading all the interviews I can—including this one at Frontier Psychiatrist—about the Norwegian singer/songwriter Jenny Hval’s difficult and deeply feminist album Innocence Is Kinky, which she released earlier this year. The record examines stuff like porn, gender identity, and the commodification of sexuality without trying to simplify any of it—I really applaud people who trust music to carry a complicated theme or theory. Hval explains: “As much as you’re yourself in terms of your sexuality, you’re forced into these dispositions of seeing and being seen. I wanted to go into that and see my body, voice, and writing through these forced gazes.” She also admits she’s addicted to the “completely punky” language of teenage girls on their “internet blogs.” I’d like to think she means us.

On Monday, Chicago’s own Kokumo released the single/video “There Will Come A Day,” about the fear of coming out as a transwoman. Kokumo’s voice is intoxicating, and she is just all-points-inspiring in this interview with Mia McKenzie at Black Girl Dangerous. “Growing up on the South Side of Chicago taught me what people in PhD and master’s programs pay to learn about sociology, physiology, economics, and philosophy,” she says. “Making it out of the south of Chicago made me an expert in the human condition. And me triumphing over all of this while being trans is further proof of the power of black transwomen, because I’m only one out of millions.” And when she says, “This is year one of my five-year plan,” it makes me really psyched for year five. 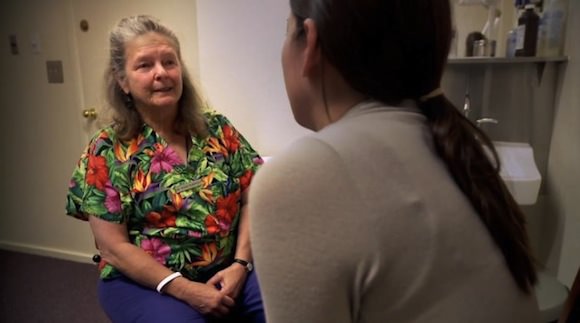 At The Hairpin, Jia Tolentino’s interview with Dr. Susan Robinson, one of the four doctors in the U.S. who will perform late-term abortions and who is featured in the new documentary After Tiller, really blew my mind. Robinson is brave in the way she cares for the women and surprisingly young girls who come to her as patients. Some fly to see her from other countries, including ones where it is a capital crime to end a pregnancy, even in circumstances of rape and incest. Regardless of where you stand on the issue of abortion, the interview is very much worth reading. 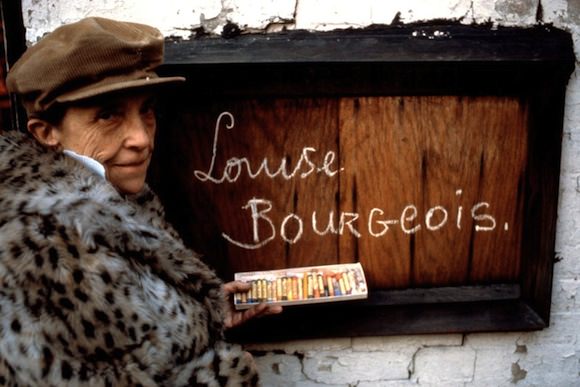 I am a real Stan for Louise Bourgeois; I was that girl who stood in front of her Vietnam-era pieces for a half an hour when some of her work was shown here in Chicago a few years ago. Dazed Digital just published a conversation with the Irish fashion designer Simone Rocha and Bourgeois’s longtime assistant Jerry Gorovoy that is a treasure trove of nerd facts about Bourgeois’s life and inspiration—a lot of it having to do with clothing and making your own path in the world. “The most profound thing [Bourgeois] ever said was, ‘Clothes are about what you want to hide,’” Gorovoy recalls. “She always saw it as what you want to hide.”
Britney 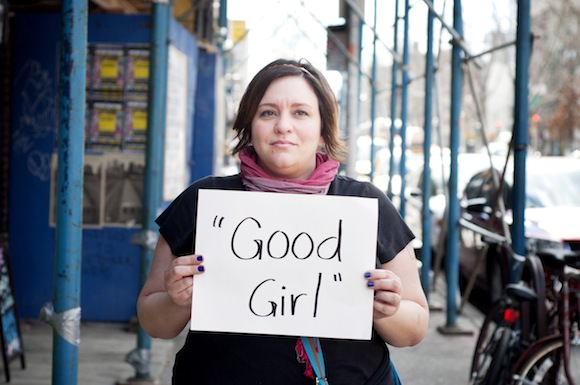 There have been countless articles about Robin Thicke’s controversial single “Blurred Lines,” but this Sociological Images piece linking “Blurred Lines” with photos of survivors of sexual assault holding posters with phrases their rapists said to them does an excellent job of showing how insidious the song’s message really is. Before I saw these pictures, which come from Project Unbreakable, I understood that lyrics like “I know you want it” and “Do it like it hurt, what you don’t like work?” perpetuate rape culture—but I never got their IMPACT. Seeing them so side-by-side with the often similar or identical words sexual-assault survivors associate with horrible real-life memories and emotions made me wonder how anyone could ignore these people’s feelings while packaging and selling the language of assault.
Brodie

A Turkish TV network recently announced that they are remaking The O.C. for a Turkish audience. Their version of the show is called Medcezir, which translates means “tide,” and has all the essential elements that made the OG O.C. so great: a kid from the wrong side of the tracks making the shocking transition from working class to high class; wealthy parents who are as good-looking as their teenage kids; high school parties that I could never imagine actually existing in real life. Watching the first season of The O.C. at 14 was as close to a religious experience as I have ever had in my life, and by the time the show abruptly ended in 2007 (R.I.P. Marissa) it had given me all the pop culture references I’d need to get me through the last of my teen years and beyond (fellow fans of the alternate-universe episode in season four, please email me with “Eternal Friendship” in the subject line). I don’t speak Turkish, but I’ll be reliving those years by watching along. Welcome to Medcezir, bitch!
Lena 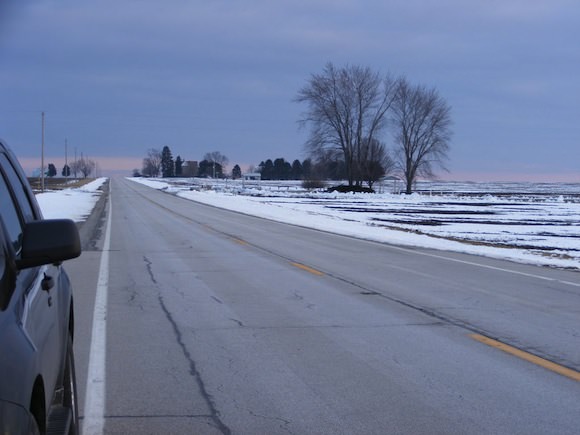 “My Hometown,” a project that collected photographs by more than 3,000 teenagers in 45 states, is a really cool, rare glimpse at what life actually looks like for teens in cities and towns across the U.S. You can search by state or photographer’s name, but I’ve also been browsing to see which pictures are of places I recognize—or at least remind me of places I’ve been. I instantly knew this one was from rural Illinois because it looks exactly like the highways and roads I used to cruise around on with my friends when I was in high school. 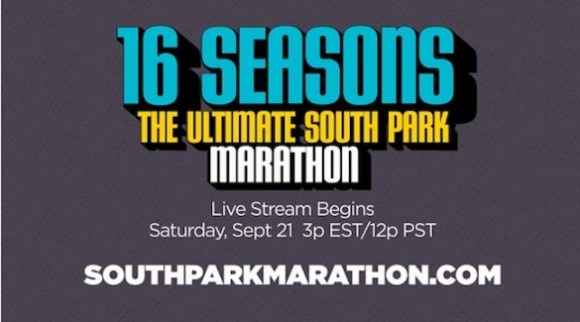 You guys! In THREE HOURS, ALL 16 SEASONS OF SOUTH PARK will begin streaming, back-to-back, on SouthParkMarathon.com, in anticipation of the beginning of season 17, which starts on Wednesday (10 PM, Comedy Central). That’s 234 episodes. Showing them all will take five days. THAT IS FIVE DAYS STRAIGHT OF NONSTOP SOUTH PARK ON TAP 24 HOURS A DAY. Hold me. ♦