Do you know what this thing is? ’Cause scientists don’t. 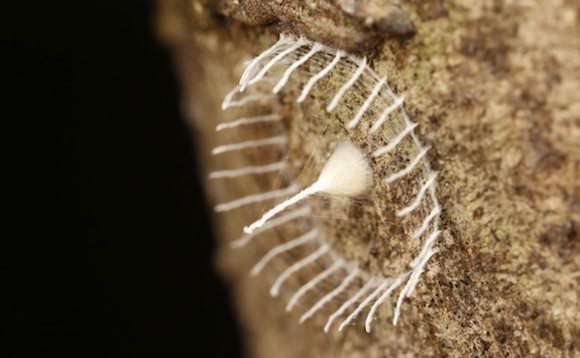 A thing that looks like an otherwordly spider-web-crown was recently found in the Peruvian jungle and no one has half a clue what it is. An arachnologist from McGill University in Montreal called it “a seriously fascinating mystery” and a curator emeritus of spiders at the American Museum of Natural History in New York said he has “no idea what animal made that.” You know a science story is a good one when even scientists are like WHUT, THE, EFF. I saw this picture and thought, Oh, hello tiny alien satellite! Somewhere past our solar system, in the great beyond, an advanced spacecraft is probably doing some data mining on Peru’s tree frogs.

And staying on the nerdier side of things: In honor of the internet-enabled calling service’s 10th anniversary, ArsTechnica posted a deep history of how Skype began. Normally I wouldn’t get past the first paragraph of an article that opens with a millionaire ripping off his shades, but this one is magic.
Hazel 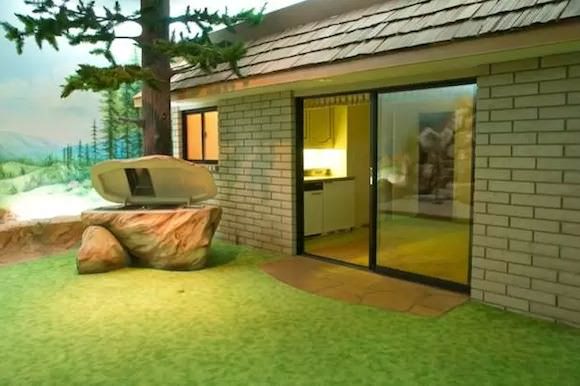 This underground house in Las Vegas is the coolest, weirdest thing I’ve seen in a long time. It was built in 1978 by a paranoid, super-wealthy businessman and was meant to be a nuclear fallout shelter. In addition to existing 26 feet underground, which is weird enough as it is, it’s also totally stuck in the ’70s, complete with a cheesy pink kitchen and a grill disguised as a rock. You just need to see the rest of the pictures to get how insanely weird it is. It reminds me of this funny Brendan Fraser and Alicia Silverstone movie about a dude who grows up underground ’cause his parents think the world is ending. Oh, and did I mention this house is WEIRD? Will someone please buy it so we can make it the official Rookie headquarters?
Julianne

Um, have you seen Ariana Grande’s new video for “Baby I”? It just dropped, and it is a multicolored ice cream cone of late-summer party flava. It reminds me of early Mariah Carey, with all the lovely trappings of the “Emotions” video, down to Ariana’s wispy, sweet voice, crop-top plus shorts, and hands-up dance. The throwback vibes work perfectly for the song, which was written and produced by none other than Babyface, who made some of the best R&B songs of the ’90s and is one of America’s greatest pop composers of all time. ALL TIME! Major apologies if you happen to be my roommate and I do not listen to anything else for the next three weeks.
Ruby A.

For anyone who is as Coppola crazy I am, here’s the trailer for Gia Coppola’s first feature-length film, Palo Alto, which she rocked at film festivals this week. The movie is based on collection of short stories by James Franco about a group of teenagers in Palo Alto, California. (Devonté Hynes and Robert Schwartzman wrote the film’s music, which is pretty sweet, too.) Gia has a very, very famous family (Sofia is her aunt and Francis Ford is her grandpa), but she’s also got an amazing eye and has made a name for herself through her photography and fashion videos. I can’t wait to see more than this peek of her movie.
Emma D. 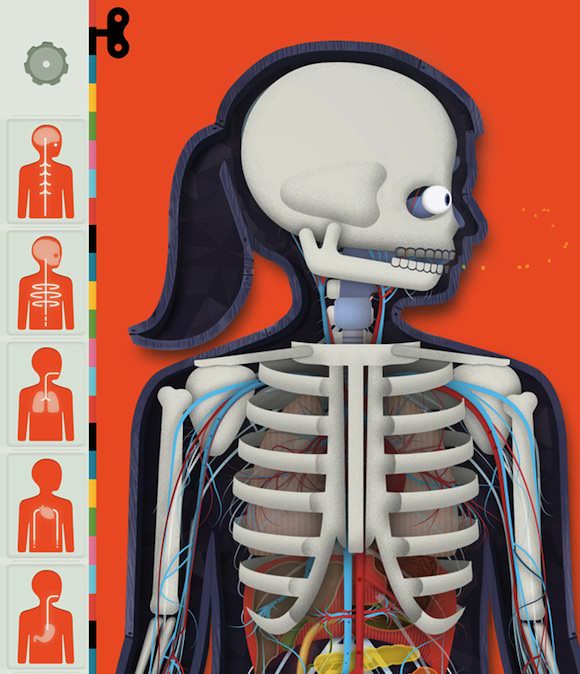 The Human Body, a fun app that teaches kids about anatomy, seems like the best thing ever for a number of reasons, many of which Wired described in detail on Tuesday. One of them is that the insanely talented artist Kelli Anderson illustrated its demonstrations of the body’s inner workings entirely with paper. Another is that the app has a WHOLE LIBRARY OF FART SOUNDS. ♦