We stream her new album and chat about breakups, being alone in a new city, and finding her inner Miss Lonelyhearts. 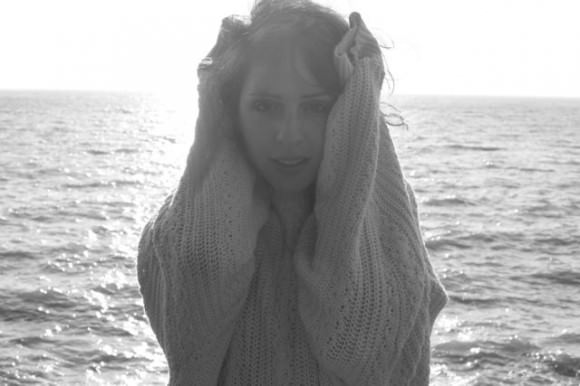 Nedelle Torrisi has spent about a decade making music—in her own band (Cryptacize), backing other people’s bands (Xiu Xiu, Ariel Pink’s Haunted Graffiti, Saturday Looks Good to Me, and Sufjan Stevens‘s band), and, since 2005’s From the Lion’s Mouth (credited simply to “Nedelle,” no last name), as a solo act turning out blissful R&B-tilting jams. She released her new, self-titled album today, and it’s her best work yet, full of smooth and synth-y grooves, Torrisi’s dreamy vocals, and cameos from Dev Hynes (Blood Orange), Nite Jewel, and Julia Holter. All the songs feel like they’re born into darkness, then ascend into a buoyant light. But don’t take my word for it: Listen to our exclusive stream of the whole album, right here!

Torrisi just moved back to Los Angeles after a hiatus in the Bay Area, where she grew up, and is getting ready for an American tour with Holter (dates here), but she was kind enough to take some time out to tell us about the impetus for this album and to reflect on her musical beginnings.

CAITLIN WHITE: When did you start making music?

NEDELLE TORRISI: I started super young—I think I started singing when I was three—because my mom sings well and plays piano and we would just always sing in the house. When I was seven I started playing the violin, and from the get-go my parents were super supportive. I played pretty seriously until I was in my early 20s, then I let the violin go by the wayside a little. Now I write songs, because that’s my favorite thing to do.

Your dad was a drummer, right?

Yeah, he was a professional jazz drummer for a while, then he became a Jesuit priest, but he still gigged in the Bay Area. Then eventually his higher-ups in the church told him he couldn’t play in jazz clubs anymore because it was sort of sacrilegious. He felt really restricted, and he was like, “I’ve got to have music, and I’ve got to have a lady in my life!” He left [the priesthood] and met my mom, who [had been] a nun. They met after they had both left their orders, so it was actually coincidental that they both had that background, and there was nothing scandalous about their meeting per se. But it’s a very strange coincidence!

Since your last solo album you’ve recorded with Cryptacize, the Curtains, and Ariel Pink’s Haunted Graffiti, among others, and toured as part of Sufjan Stevens’s backing band. How is it being on your own again?

I was really excited to make another solo record, and I worked for quite a while writing the songs. I was between labels, so I there was no rush, which was really freeing. I was just writing and having so much fun, and then I asked my friend [Kenny Gilmore of Haunted Graffiti] to produce the record, and the whole project was coming from a joyful place. I just want music to always be something that I choose to do from the right place in my heart, and to never feel like I have to do it.

What is the record about?

I wrote it after a pretty big breakup. I wanted to write a really happy pop record, to remember what it felt like to listen to pop music for the first time. When I was 12 or 13 I was listening to a lot of early-’90s R&B, so I wrote these songs to remind me of that time and that music, to kind of get out of my personal despair.

You can feel that in here—there’s sadness, but it turns into happiness. “Fool Boy” definitely has some ’90s R&B moments.

That is kind of a funny song about being with a boy who’s quiet and won’t say what you want him to say. The chorus is this big girl-group-inspired chorus, and then the verses and the bridge are where I’m definitely trying to be a little Stevie Wonder.

On “Don’t Play Dumb” are you admonishing someone else or yourself? Have you ever played dumb?

That one is about a sort of affair situation where you’re falling in love with someone and you’re not supposed to be. Julia Holter sings on it; she’s supposed to be kind of the voice in my head saying, “Don’t play dumb, don’t act like you don’t know what’s happening.” The addendum to that song is the angel on my shoulder talking to me.

My favorite is “I Love Thousands Every Summer”—I went to college in Los Angeles and that song reminds me what it felt like to be in California.

I wrote it right when I moved to Los Angeles [from San Francisco], and I felt that sense of being alone in a big city and not understanding who my friends were. I was thinking about how in L.A. you have so many acquaintances but then you ask yourself, Who are my true people? Who are my true friends?

That song came out as a single late last year, under the name Paradise. That’s also the name on your Tumblr and your Soundcloud. Is there any significance to that?

I only recorded a 7″ under the name Paradise and both of those songs are on this album, so there’s sort of nothing different musically. But when I was first making this record the name Paradise fit, because I was trying to write myself into the happiest place I could find. But then I thought about the longevity of my relationship to music—I want to be making music for a long time—and I didn’t want to commit to Paradise for the long term, so I decided to stop constantly changing names and finally use my full name.

Well, I really love the idea of having a love-advice column so I’ve been trying to get it off the ground. Hopefully you can let your readers know!

Can you give our readers some advice right now?

I would say never care what people think about you, because your opinion of yourself is more important than anything anyone else could ever say. If you have high standards for yourself and you think you’re doing well and becoming the person that you want to be, then no one else’s opinion matters. ♦