We premiere the pop innovator’s latest song, and talk to her about making the choice to follow her passion. 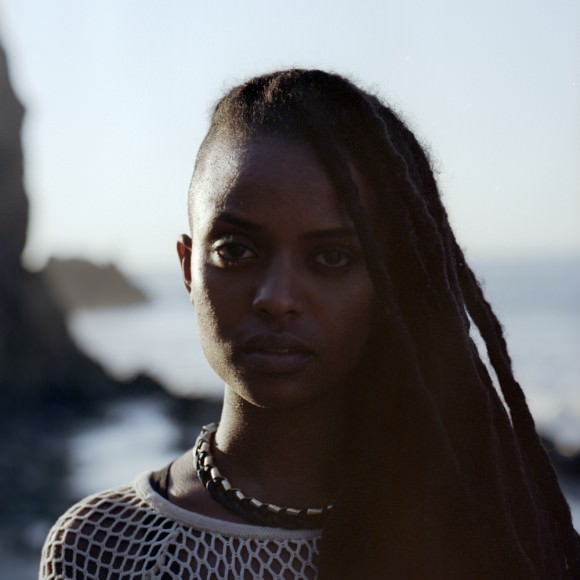 You know when a song is so good it makes your heart hurt? I have lost count of the number of times this year I’ve insisted someone stop everything and listen to “Bank Head,” the icy-cold diamond of a soul-pop song by Kelela and the excellent producer Kingdom. In fact, they recently released the video—watch it right now, I swear, you’ll love it.

It’s my favorite song of the whole year, and it can still stop me in my tracks even after hearing it hundreds of times. It’s also a stunning showcase for a singer who truly wants to push music forward, happily forging a future that hasn’t been imagined yet.

Kelela is releasing her first mixtape, Cut 4 Me, on October 1 with Kingdom’s Fade to Mind label, and it is full of songs just as glistening and mind-bending as “Bank Head.” She didn’t want a traditional sound, so she commissioned beats from some of the most innovative dance music producers in America and England. We’re proud to premiere “Keep It Cool” for you tonight so you can hear Kelela confidently slinking all over a running-faucet beat by London’s Jam City. This song is my new mantra.

I had lunch with Kelela recently, and I asked about her music and vision. We also talked about her parents, because right as we sat down her mom called to check in and make sure she was doing OK.

JULIANNE: Did your parents have expectations of what you might be as you grew up?

KELELA: My family is Ethiopian, and I was a wild, artsy, wacky, and expressive child. Both of my parents actively emphasized the arts in my upbringing, but the Ethiopian culture of parenting definitely comes with certain expectations. Like, If I came all the way over here to bust my ass so you could go to nice school in this upper-middle-class white suburb, then you better kill it. You’re expected to be an academic—if you are brilliant, you have to be a doctor or a lawyer. It’s also very valued to be into international politics because of the idea that you would go back and give to your community in a direct way. If you didn’t go to college, even to study music, it was shameful, so with me, it was round peg, square hole. I tried to be an academic for five years, and it didn’t work out. But the feedback I’m getting right now from my family is very different, because it looks like this could turn into a career. My dad is fanned out! He is a super fan!

So you thought you were going to be an academic, but now you’re starting your singing career.

It was really hard for me to be like, I’m going to be a singer. I was depressed for a long time because I thought it was too late. There are so many prodigious people appearing out of nowhere! It causes this sense of urgency because you fear that you’re behind. I was very passionate about singing, but I had no formal training—all of my singing was shower singing, or sing-alongs. It’s so important for people to know that nobody necessarily knows what they’re doing!

How did you end up switching careers?

I had to try. I knew I wanted to sing, but hadn’t formulated how to do it. I thought I was gonna be a jazz vocalist, so I started listening to a lot of electronic instrumental music and singing over that, because I wanted the feeling of jazz to be embodied in the electronic sound. But I couldn’t express myself fully with jazz—I knew what sound I was going for, I just didn’t know how to get it. I was listening to producers like Hudson Mohawke, who blows my mind, and thinking, How can I match this vocally? I wanted to sing.

How did you finally break through?

When I heard Girl Unit and Bok Bok [two producers on Cut 4 Me] for the first time, I was losing my mind. I was just floored. I was like, This is the production of my goddamn dreams. So I just started writing, by myself in my room. I just did a set with Bok Bok on NTS Radio; he came through on his bike with a few records and boom, it was right. I will work with all of these producers for all of my life. This mixtape is the first time I was ever able to say exactly what I meant to say. It’s a statement.

What were you like when you were a teenager?

I was super loquacious. All my report cards say “Kelela’s brilliant! She’s really bright! But she needs to cut down on socializing, and she is distracted.” I was always in chorus, and in high school I was voted Most Likely to Be a Pop Star. I thought I had until I was 25 to be successful and then I would just kind of give up, but I just turned 30, and here I am making music. At one point I did sort of think it was over—but it’s just beginning. ♦