I haven’t been single in more than a decade. 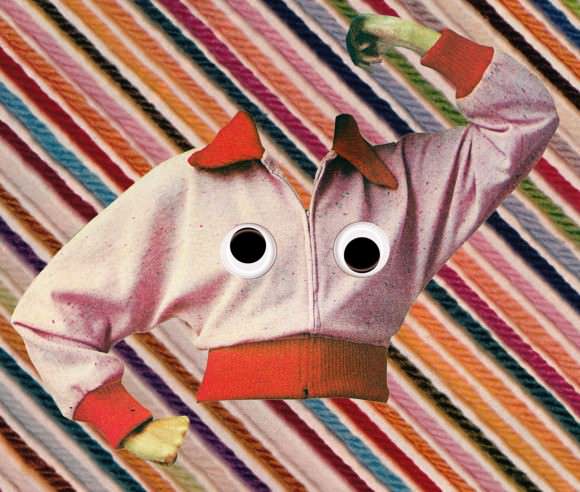 It was July, and the city was in the middle of a heat wave. This boy N. and I ducked into the air-conditioned Guggenheim to escape the heat. I was wearing a dress with no pockets and I did not want to check a bag, so I’d asked him to put all my stuff (ID, debit card, MetroCard, keys) in his pocket. So there’s the setup.

We stood outside on line melting for a solid half-hour before we were allowed into the building, which always feels super surreal ’cause it’s built like this giant fancy ultra-white spiraling maze. It was the Turrell exhibit, this light show that is super popular, so it was jam-packed with all these fancy people lying in the middle of the museum’s ground floor in their fancy clothes, staring at the light beaming down from the ceiling, trying to have some transcendental experience or something, and meanwhile there’s this usher who is barking every three minutes, “NO PICTURES! TURN THAT IPHONE OFF!” over everyone’s experience. It felt like a joke to me, like the artist was playing a joke on everybody, or like a big psychological experiment: How can we get a room full of strangers in their fanciest duds to lie on a floor and stare at a ceiling? N. and I lay down. Afterward, we circled up the spiraling stairs and there was a thin strip of white light emanating from a corner of a wall and a long line of people waiting to walk up to that corner and look at the light. We got on line.

“What’s this line for? Does something, like, happen when you walk up to the light?” a young girl asked me. Her friend tittered.

“Ermmm, no. Nothing happens,” I tittered back, feeling foolish for having joined the line.

I’ll admit that I’m not great at appreciating contemporary art. I mean, I like the artwork just fine, but sometimes the whole museum thing throws me off and distracts me from the art itself. That’s what I was thinking about as N. and I circled around that giant white maze—remember: me pocketless, him carrying all my stuff.

Right then this gallery attendant wearing a pin that said LET’S TALK ART walked over and started chatting me up. I babbled to him about how weird museums are and don’t you think it’s kind of absurd, all these people waiting on these long lines to just like stare really hard, and what do they expect will happen? And blah blah blah blah blah. I was just running my mouth, and he was running his mouth too. Then I turned and saw that N. was waiting near the room’s exit, staring me down. He and I made eye contact, but the dude was speaking and then I was speaking back and it didn’t seem like that big of deal? It was like four minutes or something total. I kept on trying to signal to N., I’ll be there in a sec, I just have to wrap up this convo, and I swear it wasn’t that big of a deal!?! (I admit it, I’m a flirt. I get a little close to people, and the attendant was hot.)

We talked for another couple of minutes, and then I looked back and N. was gone.and then I looked back and N. was gone. Gone. Do you know how scary it is to be with someone and suddenly they are gone? To feel all comfortable and then suddenly you realize that you are completely alone? I scrambled frantically around the museum trying to find him. I didn’t think he’d just leave when he had possession of my everything, would he? I ran around in my pocketless dress, taking periodic breaks to lie down on the ground floor and meditate under the big white light, with the thought that maybe he’d meet me there and that I should just calm down, because at that point I was very not calm. I alternated between searching and waiting for what must have been over an hour, but he was just not there. I was all alone—no phone no money no keys no identification no water no nothing—abandoned in this big big crowded lonesome New York City.

So, that’s the story of the recent, disastrous/comic end between N. and me, N. being a wonderful male I had been in a heavy relationship with during college. The first time N. dumped me (for good reason: I was depressed and lost and needed to find myself on my own) I was absolutely in love with him, and the breakup crushed me, in an unable-to-do-anything-except-howl-hysterically-for-way-too-long way. That was years ago, and we rediscovered each other this past summer in this sticky-hot concrete jungle and attempted to romantically reconnect. Then we went to the Guggenheim, and it ended.

I know that not much happens in this anecdote, but I find it a little too perfect, too allegorical, not to use here. A boy and I were in this place and he had my everything—my identification and my ability to get around on my own and access to my own resources—in his pocket. This is a hilariously fitting metaphor for how I feel when I’m in a relationship with a guy. Through no fault of theirs (it wasn’t N.’s idea to hold on to all my shit), it always ends up like this: The guy takes possession of my identity, my mobility, my independence, my everything, and I am rendered utterly dependent on him.

I found my way back home eventually. I got there by sheepishly approaching the LET’S TALK ART attendant and explaining the situation, then following him to the coat check, where he brought out his laptop and I went on my Gmail and convinced my friend George, who lives a time zone away in Chicago, to call up N. and persuade him to come back to the museum and return my stuff. I waited on Fifth Avenue, sweating in the heat, and then finally N. came storming up and said, “I’m going to get DRUNK,” and he shoved my possessions at me and stomped off. And the strangest part of that strange day came at the end, when I was passing around a bottle of wine with my friends, and I found myself laughing. Laughing, not crying, because, duh, I was OK. I was always OK.