The election that mattered too much. 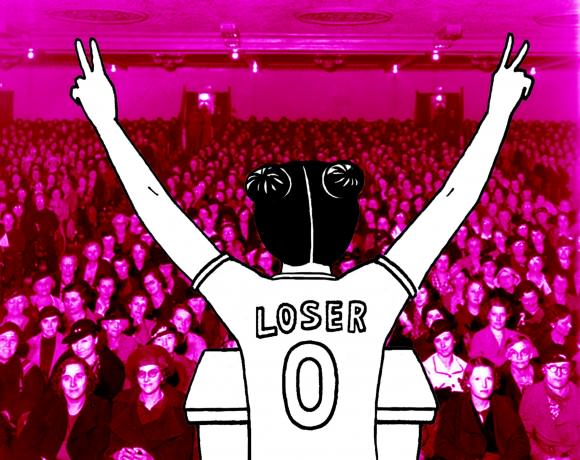 It took about two weeks to learn the results of the student government elections. My middle school, a sitting duck during Hurricane Sandy, was closed for days when its basement flooded, leaving about a thousand students locked up at home. But no one was more on edge than me. I sat on my bed for hours on end staring out at nothing, wondering who would be named school treasurer. What would I do if I lost? Were the other candidates freaking out as much as I was?

I had a lot riding on this election. I definitely wanted to have a say in how the school ran and to contribute to making it a better place for all the students, but I also had more-personal reasons. I had been ignored and harassed throughout all of sixth, seventh, and the first couple of months of eighth grade, and I knew that most people saw me as a loser. I wanted to prove them wrong. I wanted people to look at me and finally–finally–see that I mattered. Winning this election would be the ultimate vindication for me—not only would I be helping my school, I would also be proving to the bullies that they couldn’t bring me down. I would rise from their abuse victorious.

This wasn’t my first attempt at political office. I had tried to run the year before, but my school had a really complicated application process wherein you had to fill out an application and gather a minimum of two student recommendations and two teacher recommendations. These documents, as well as your report card, went to a group of administrators for evaluation. If your documents were deemed acceptable by this panel of judges, you were subjected to another round of evaluation, then a small group of kids from each grade were hand-picked to run for the positions of sixth and seventh grade vice presidents, president, vice president, secretary, and treasurer (the last four positions could be held only by eighth-graders). That’s right—you had to earn the right to even run for office.

I wasn’t part of that group in seventh grade, so I redoubled my efforts the following year—I got more recommendations than needed, I wrote longer answers on my application than were called for. Treasurer was a strategic choice: I knew president was what most people would be going for, and that was a longer shot than I was willing to take (not to mention all the extra responsibility that came with that title). Vice president was a really popular choice too, so that was out. Secretary seemed kinda dull. Treasurer, though, wasn’t too popular, and it seemed to have the perfect amount of challenges and responsibilities—not so few that it seemed boring, but not an overwhelming amount either. It seemed like the perfect role for me.

My strategy proved effective: The school administrators selected me as an official candidate! I was so excited, but I didn’t pause to celebrate. I had too much to do: I hung posters all over school and stayed up late for weeks slaving over my campaign speech. I delivered that speech at a school assembly, and I actually got through it without being heckled or tripping on my way to the podium.

Then came the hurricane, and the wait. I knew I had done my best, but I was still so anxious when I returned to school that everyone thought I was actually excited to be get back to homework and 7 AM wake-up calls.

I tried to look as blasé as possible as the PA crackled on, signaling that the names of our new student government officers were about to be read. A woman’s voice came on and began slowly working through the list, from youngest to oldest. She went through the sixth grade winners, then seventh grade, and then finally—finally!: “For treasurer we have…”

She read the name. It wasn’t mine. I felt the color quickly drain from my face as everyone in my homeroom turned to see my reaction. I didn’t know what to say–I couldn’t even open my mouth. It took everything I could muster to manage a weak smile, then I pretended to listen to the rest of the announcements. But I had lost, and that was all I could think about.

When the school day was done I walked down the hallway dragging my hands along the smooth walls and ripping off my posters, leaving a trail of defeat behind me in the form of crumpled paper and pieces of tape. I couldn’t stop dissecting the train of events that had gotten me to this place. Where had I gone wrong?

Days passed. In math class, a boy sitting next to me hissed, “You’ll always be a loser. Always.” His words echoed in my mind, polluting my thoughts. I wanted to believe that he was wrong, that he was just one of those people who wanted to see me fail. But that was the thing: If that was what he wanted, he had gotten it.

A week went by, then another. The original sting of my loss slowly wore off. I realized the obvious: I was giving my detractors too much power. It’s true that some of my reasons for running for office were noble–I really did want to help improve my school–but my need for approval had overshadowed those good intentions.

Now I had to face facts. And those were: It didn’t matter that some people hated me. As hard as they were to deal with on a daily basis, after a few months I’d never see them again. And when it came down to it, I really had faced a challenge, and choosing to run at all was an accomplishment I could be proud of.

It took me a while to remember my original reason for running for school treasurer: to make my school a place that more people truly enjoyed. When I came back to that, I realized that I didn’t need to be on school council to carry on with what I really wanted to do: to help. I can do that on my own, I realized. I don’t need permission to make a change. ♦