I could barely talk to boys in real life, but I was a femme fatale online. 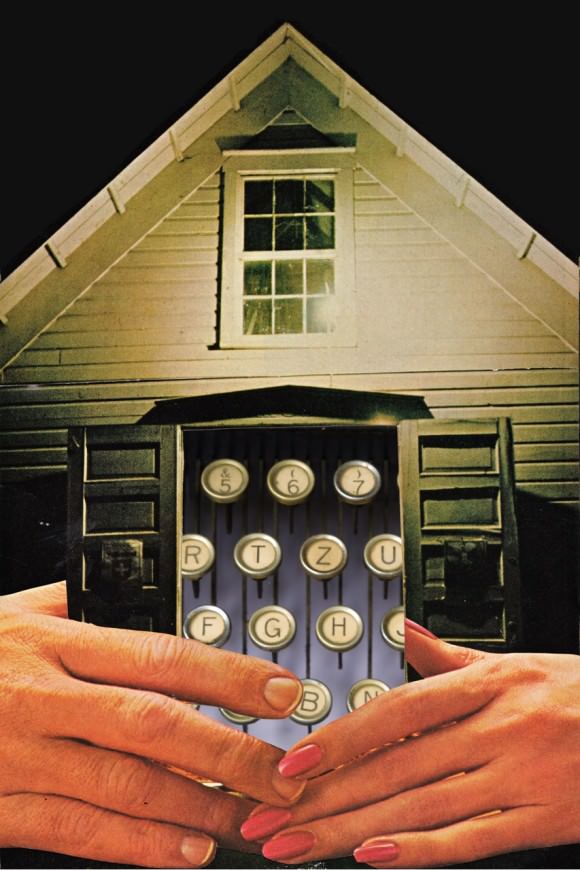 Like pretty much every single person I know, I had a hard time interacting with crushes and potential crushes when I was a teenager. I was attracted to boys, repulsed by boys, and incredibly uncomfortable in their presence—unless I was online. This was way back in the mid-’90s, when modems were slow and beepy, connections were interrupted by your mom trying to use the phone, and the internet barely existed. Not yet old enough to come and go as I pleased, I was constantly bored, so my newfound typing skills were put to use on the bulletin boards of a thing called Prodigy.

Prodigy was one of those old-style internet services like AOL that seem unbelievably goony now, but it was actually the first online service provider to offer email and chat capabilities. But whatever, all you need to know for this story is that they had a bulletin-board system. BBSes were kinda like a proto-Reddit: a bunch of discussions organized into broad topics like music, movies, TV, and sports. A budding music snob, I mostly hung out on music bulletin boards (BBs), trading information about my favorite bands (the Lemonheads, the Cure, Nine Inch Nails, the Posies, Pavement—’cause I was ~cool~ like that). Since BBSes were basically all the internet was (at least to me) back then, there was no other way to find out about lyrics or tours or even what bands looked like.

(The best tidbit I got from the boards was the “real reason” that Trent Reznor was so depressed. Apparently his beloved golden retriever had fallen from the balcony of a venue he was performing at during a rehearsal. This left me with so many questions: Why would Trent Reznor have a golden retriever? Did his dog commit suicide? Why was the dog at the show? But I digress.)

All the music debating on the boards was really just a front, though—my real goal was to attract Board Boyfriends. Even though I could barely talk to boys face-to-face, much less flirt with them, online I was a regular femme fatale. (There’s no better way to improve your typing skills than to make them a tool for teenage seduction.)

I should interrupt my own story here to acknowledge that despite my general hopelessness around guys, I actually did have an IRL boyfriend at the time. I’m using boyfriend SO loosely, though—this was a guy I had been friends with for a while, a guy I used to re-enact Kids in the Hall sketches with, and one day out of nowhere he asked me to “go with” him and I said yes, and henceforth I couldn’t even talk to him. Instead I walked down school halls with him in total silence, sometimes holding sweaty hands. It was like I had split personalities, with no overlap between crushed-out me and regular me.

But, getting back to my story, for some reason when I wasn’t in the actual, dizzyingly physical presence of someone I had smoochy feelings for, regular me could interact with dudes I was interested in just fine. I could be funny, smart, opinionated, comfortable, free—even with people who seemed to like-like me. (I’m sure my comfort level was largely based on the fact that there was no possibility of these people and me ever touching.) In an online conversation you always have a few extra seconds to figure out what to say, and that made me incredibly witty (if I had the power to stop time like that in reality, I would have been a social butterfly). I flirted shamelessly and juggled multiple Board Boyfriends at a time.

It didn’t occur to me until many years later that you could sex-chat with these dudes. What I did was way more boring—I relationship-chatted. These relationships had several phases:

Here’s a snapshot of what Phase 1 looked like, as I remember it:

AlltheHalos* I fully believe Nirvana would have been nothing without Kurt Cobain playing percussion part-time for the Melvins.
LaceWednesday [That’s me.] You are completely right. He did his best work on Houdini.
AlltheHalos Wanna chat?

Then the two of you would move into a private chatroom. This is where the real magic happened. We’d start out talking about where we lived, what bands we’d seen live, what movies we’d watched, and how many pairs of Doc Martens we owned. There were no pictures with profiles back then, so all you had to go on was witty banter and wild exaggerations of how cool your life was. I had a rich fictional life, filled with concerts in graveyards, horror-movie marathons in old hotels, vintage stores stocked with 1940s gas masks. (Gas masks were the de facto totem of weird kids in my hometown—listen, I have no idea.) My real life, meanwhile, was filled with flimsy knockoffs of these things (we used to play CDs on a portable CD player in a graveyard, and I had seen some gas masks at the Army-Navy surplus store). But in those days you didn’t have to back anything up with pictures. I am sure most of the guys I talked to were lying to me constantly, because their reported lives were pretty amazing too. If all of our lives were so action-packed, what were we doing chatting online with one another? Everyone was catfishing to some extent.

LaceWednesday was in Phase 1 with probably 30 dudes at least. I wasn’t too picky with this stage of seduction—if you knew good music and had a sense of humor, I’d chat with you. These guys were older than me, younger than me, and spread all over the country.