She’s a goddess forever and ever, and she’s out. 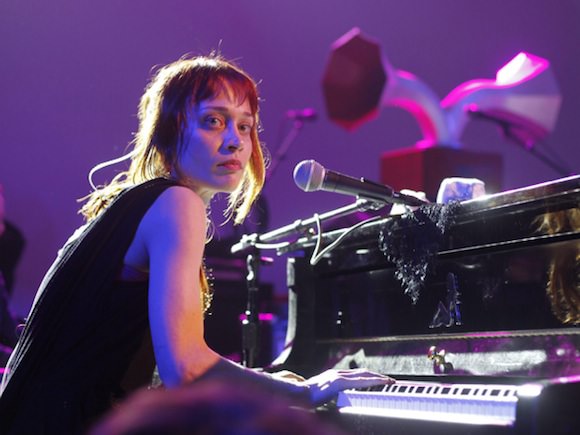 Fiona Apple was recently invited to perform at a fashion party in Japan, which is a terrible idea because fashion parties are all about the chit-chat and nothing about being quiet in the presence of a goddess. As might have been expected, the people at the party didn’t show her much respect while she was performing so she was all, FUCK YOU GUYS, I’M OUT! (Actually, her exact words before leaving the stage were: “Predictable! Predictable fashion, what the fuck?”) Don’t ever change, Fiona.
Caitlin 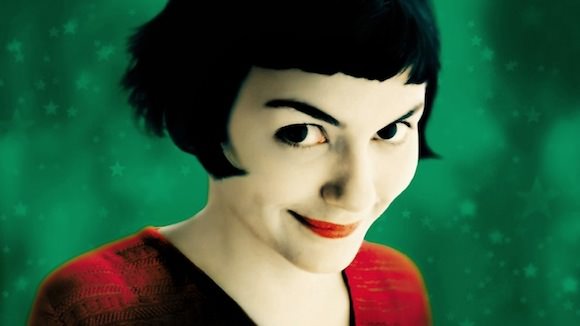 I have mixed feelings about the news that a team of composers and writers in the U.S. are adapting Amélie as a musical. It’s probably my favorite movie, so half of me wants it to just be left alone, but the other half loves it so much that I want to be able to experience it in every possible format until the end of time. In any case, it will be really interesting to see how they do it—especially without Yann Tiersen’s original Parisian-themed score. Jean-Pierre Jeunet, the director of the movie, isn’t too keen on this musical idea, either, which seems weird at first, considering he willingly sold the rights to the story. But it turns out he did it so he could donate the money to a charity that funds children’s heart surgeries!
Gabby 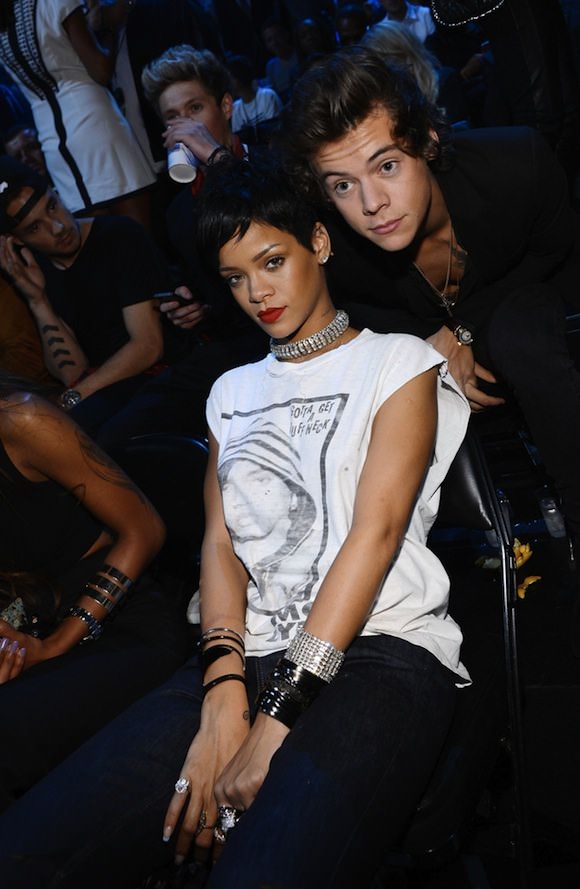 Look at the orange peels under Harry Styles’s chair.

There’s been a ton of discussion this week about the VMAs (and there will be even more later in this post), but there is one part of the show that I think was overlooked: Harry Styles of One Direction straight-up peeling and eating an orange during Drake’s performance. After reading about the incident, I found myself devoting a lot of thought to how Harry acquired this orange. Did he bring it to the awards show in his pocket? Did he grab it from his hotel’s minibar or free continental breakfast? Was this a stunt to make him seem *just like us*? Can you really be a member of the most popular boy band in the world and still have the brain-space to think about stuff like healthy, sensible snacks? Turns out, you can! Because the next day, this Vulture interview revealed that Harry found the orange in a box in an elevator. He even offered Rihanna a piece. I’d say mystery solved, but now I’m just stuck with even more questions—like what if the person who owned that box of oranges didn’t want to share them? Maybe they needed exactly 12 oranges to make their famous marmalade and Harry grabbed the 12th one, thereby ruining this person’s day?! But you know what? Whatever. If there’s anything I look for in a guy, it’s adequate vitamin C intake. My love for Harry Styles has only grown stronger.
Britney 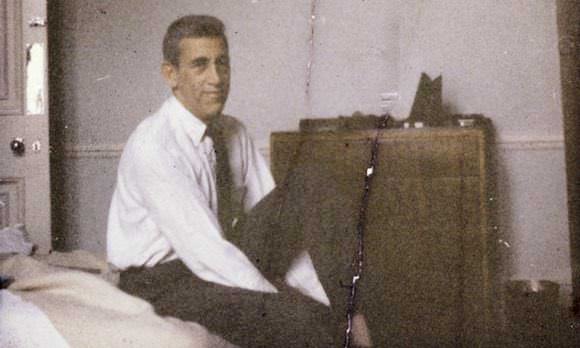 Good news: Five new J.D. Salinger books are coming out! According to a forthcoming documentary on Salinger (above), author of the coming-of-age classic The Catcher in the Rye, before he died three years ago he left instructions with his estate to release his previously unreleased works over time, starting in 2015. (Note to Catcher fans: One of the books, The Last and Best of the Peter Pans, will focus on Holden Caulfield’s family.) The last time he published anything was in 1965; knowing Salinger, it will be worth the wait. 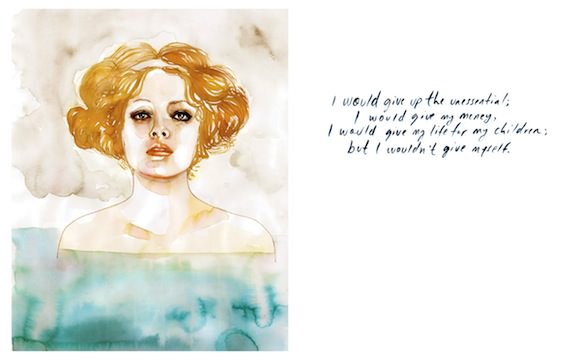 An illustration of The Awakening‘s Edna Pontellier by Samantha Hahn.

Samantha Hahn’s gorgeously illustrated book Well-Read Women: Portraits of Fiction’s Most Beloved Heroines may very well be one of the best things ever. Not only does it include almost every single one of my favorite female characters (The Bell Jar’s Esther Greenwood, Lolita’s Dolores Haze, The Awakening’s Edna Pontellier, etc.), it shows how incredibly real they are. They’re not perfect, and they never claim to be. They seem like actual humans. That is what makes them so beautiful—and so hard to let go of, even after a book has been closed and put down.
Lena
It seemed like literally everywhere I turned this week, I re-saw some aspect of Miley Cyrus’s nightmare-memes-come-to-life Video Music Awards performance. Since the original broadcast on Sunday night, a lot of people have pointed out that there are many more important things—the escalating crisis in Syria being one—for the media to focus on. That’s 100 percent true, and was brilliantly slammed by the Onion. But Miley’s depressing twerk-fest brought up a whole lot of issues, namely the way it dealt with race, that still call for some serious criticism and discussion. Anyone who doesn’t understand why it’s a such a big deal should read Tressie McMillan Cottom’s essay, “When Your (Brown) Body is a (White) Wonderland.” And anyone who doesn’t get why people are mad at Miley for twerking should just listen to Big Freedia.

Have you guys seen RuPaul’s new web series? I can’t even tell you how much this episode, in which he drives around L.A. giving life and love advice to Henry Rollins, cheered me up. One of the best parts is when Rollins says that, as a famous person, he likes to “spread some enjoyment” and “get a couple smiles going.” Mission accomplished, Rollins and Ru.
Jessica 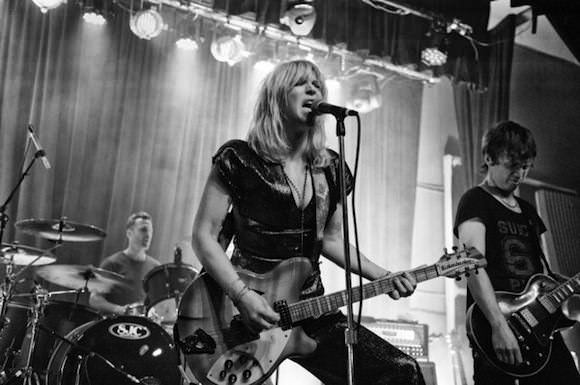 It’s been a long week. Surely we all have outrage fatigue, between Miley and Syria (joking/not joking), but there was one thing I came across that made me actually feel a little better: Courtney Love detailing how bad her Etsy problem was at its furious height (or perhaps its lowest depth). For Vanity Fair’s Hollywood Blog, Love talked about the year she spent six figures on all manner of items from the site: “I was ordering like everything on Etsy. Everything! Like ferrets dressed as Edwardian nannies. Crazy shit.” I do not feel so bad about some of my impulse-iest buys anymore, simply because I do not own costumed, taxidermied rodentia. 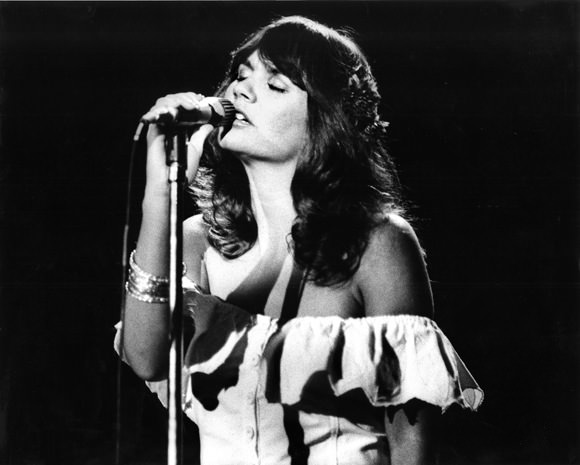 Sarah Larson at the New Yorker penned a nostalgic tribute to Linda Ronstadt, one of the greatest song stylists of the ’70s and ’80s, who at 67 has lost her ability to sing as a result of Parkinson’s disease. She came up in L.A. right ahead of Joni Mitchell, Stevie Nicks, and other women who pioneered the pop charts with songs they wrote about their own lives. Ronstadt was on the cusp of the singer-songwriter movement—not much of a songwriter herself, she mostly wound up singing material that had been written by men and struggled to find songs that spoke to her experience as a woman. I am really looking forward to picking up her forthcoming memoir, especially after reading Barney Hoskyn’s excellent book about the Laurel Canyon pop scene in the ’70s, which details some of Ronstadt’s career.

Two recent journalism-school grads started The Riveter, a magazine dedicated to publishing long-form journalism by women. In this interview on Poynter, they talk about making that space when they saw it was not being made for them.
Krista 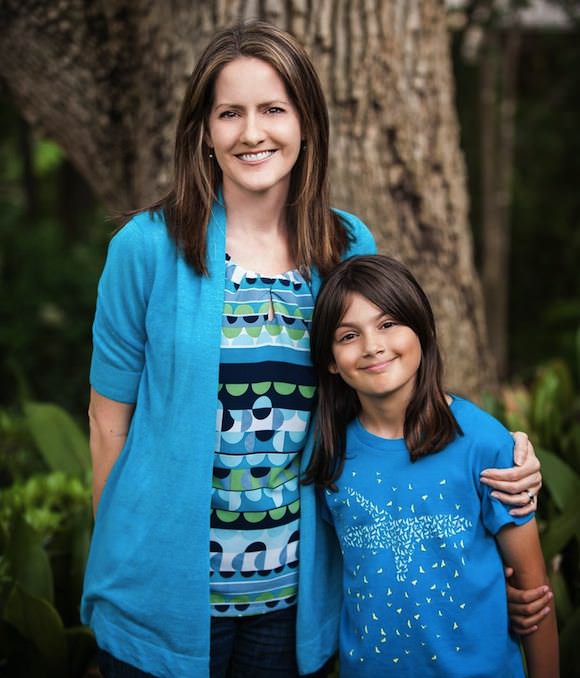 Well, duh. I can’t believe a clothing line like Girls Will Be didn’t exist before last month—but I’m so happy it does now! It started when Sharon Choksi (pictured above), a mom in Austin, Texas, decided to make clothes for her daughter Maya, also above, who couldn’t find anything in the girls’ section of stores that wasn’t pink, purple, or decorated with glitter, flowers, or hearts. Girls Will Be’s T-shirts come in great, bright colors like orange, green, and blue and feature images of things (dogs! sharks! robots! popsicles!) that lots of kids like, regardless of gender. This idea is PERFECT and should have happened a LONG time ago.
Danielle

People on Twitter went off Monday when FastCompany posted an article by Ann Charles, CEO of Brandfog, that listed “25 of the Smartest Women on Twitter” and did not include any African-American women. Later that day, the hashtag blitz #SmartBlackWomenOfTwitter, as well as #SmartLatinaWomenOfTwitter, not only drew attention to how many incredible women of color are on Twitter by linking to countless numbers of them, but also pointed out the laziness of lists like Charles’s that fail to include diversity. I mean, not even Melissa Harris-Perry, a popular Twitter user and the host of her own show on MSNBC, was on there! This social media mobilization is fresh on the heels of the popular #SolidarityIsForWhiteWomen hashtag, which called out white privilege in feminism. As disheartening as it is to constantly have to remind people that you exist, I’m always pumped to see so many others standing up and shouting about where they want to see change happen. ♦