The secret lessons of acceptance in Bob’s Burgers, the imagined Instagram selfies of Wes Anderson characters, nine-year-old daredevils, and more reasons to love the internet this weekend.

Sunday Video: How to Make Borscht With Neko Case 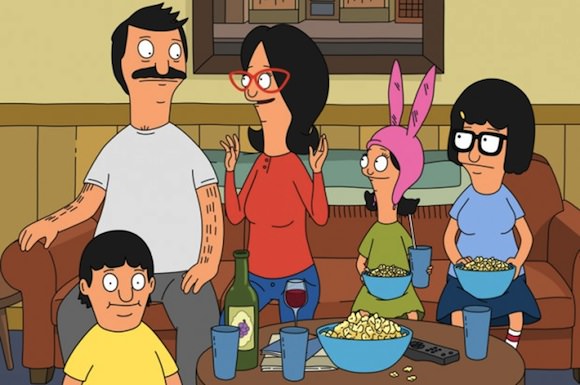 It’s no secret that we here at Rookie LOVE Bob’s Burgers, but you’d be surprised how often I have to defend the show to people who’ve never even watched it. “Your favorite show is a cartoon? On Fox? Oh, like Family Guy? What’s so great about it?” I usually responded very eloquently by saying, “Uh, EVERYTHING,” but from now on I will start referring all doubters to this piece at Salon about how Bob’s Burgers is the most sex-positive show on TV. Through the Belcher family’s quirks, the show addresses issues like gender roles and discovering your own sexuality, but it never, ever feels like an after-school special because it’s just SO FUNNY. If you’re already a fan, read the piece and become even more obsessed with the show. And if you’ve never seen it, get ready to commit the next week of your life to binge-watching every episode.
Julianne 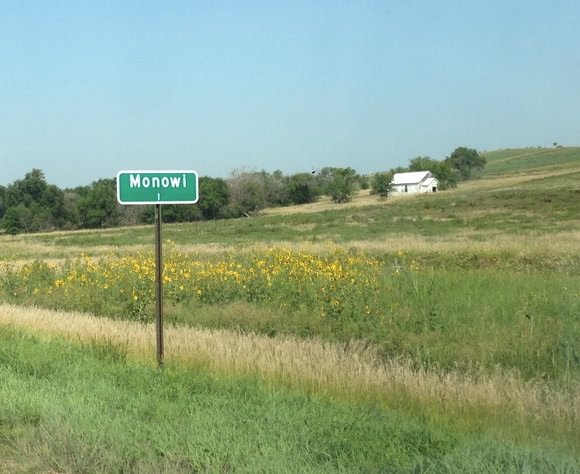 My friend Rembert has spent his summer driving all over America for a series at Grantland called, appropriately, “Rembert Explains America.” All of his missives have been funny, insightful meditations on what makes this vast country so spectacular (and so bizarre), but his most recent post is my absolute favorite. In “A Trip to Monowi, Nebraska, America’s One-Woman Town,” Rembert talked to Elsie Eiler, the lone resident—as well as, by necessity, the mayor and the person in charge of the tavern and the library—of her tiny town. It’s a wonderfully weird account of a day spent in the presence of a woman living a truly one-of-a-kind life.

As the host of the VFiles show Status Update, the comedian Casey Jane Ellison played a ditzy, hashtag-addled news anchor who delivered the goods on the most minuscule fashion developments of the week while subtly sending up the culture surrounding them. On her new show, What the F*shion, she’s a New Yorker newly transplanted to Los Angeles and trying to gauge its “Kardashian-esque-ish” customs. The latest installment, which spoofs cooking shows, teaches lonely bloggers how to “eat for one” and is definitely the funniest thing I have seen all week:

This week, the soldier formerly known as Bradley Manning released a heartfelt statement that she is transitioning and is now known as Chelsea. Chelsea, who has been identifying as transgender for years, said that she intends to begin hormone treatments and was thankful for the outpouring of support she has received since being jailed and sentenced to 35 years in prison for sending classified U.S. government documents to Wikileaks. It’s so important to support members of the trans* community—especially those who are imprisoned, as they are often treated inhumanely (see: CeCe McDonald, who was sentenced to 41 months in a male prison for stabbing a man in self-defense). Unfortunately, some news outlets still have problems figuring out how to refer to trans* people, but thankfully we have pieces like “The shameful, unacceptable media coverage of Chelsea Manning’s transition” by Jos Truitt at Feministing to school them in the simple ways of changing a freaking pronoun.
Laia 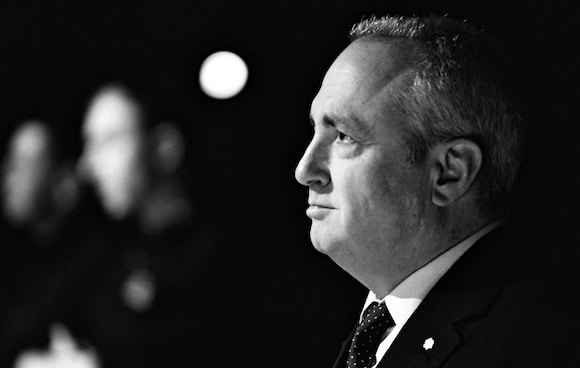 If you’re like me, you’ve been obsessed with Saturday Night Live for as long as you can remember. But even if you’re only really into Stefon, this New York Times interview with 22 past and current SNL cast members on their auditions for the show is a treat. The anecdotes—like how Cheri Oteri and Will Ferrell found out they got the gig and held hands until they were in a parking lot where they could scream and hug—are pretty great. So are the cute videos of people like Fred Armisen talking about what it was like to audition for Lorne Michaels, above, the show’s legendarily straight-faced creator and executive producer. SO GOOD.
Jessica 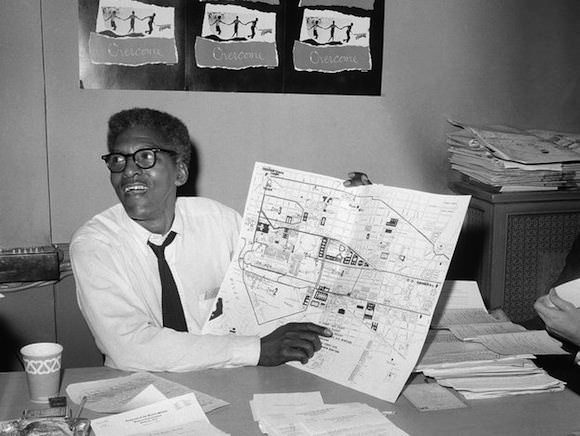 All this week, amid remembrances of the March on Washington, there was a name I was hoping to hear but didn’t: Bayard Rustin (above). He was the primary organizer behind the march, but he was continuously shoved to the background of its history because he was an out gay man, a radical pacifist, and a draft-dodging black Quaker. I learned about him from the Smart Went Crazy song “A Good Day,” and a few years later I got around to reading every book the library had on him. His life and work were incredibly inspiring (he was the one urging Martin Luther King, Jr., to embrace nonviolence) and at turns very sad (he was forced out of his work with King because his queerness was seen as a liability). Yesterday, the Guardian published a primer of sorts that explains why Bayard Rustin has been in the shadows and not in our history books.

Also yesterday: WBEZ, Chicago’s public radio station, rebroadcast Studs Terkel’s “The Train,” in which Terkel, a historian and reporter, interviewed people—including famous activists such as Timuel Black and Ossie Davis—on the 20-plus-hour train ride from Chicago to the March on Washington. I cried. It was so moving and engrossing and sad and hopeful and tremendous.
Naomi 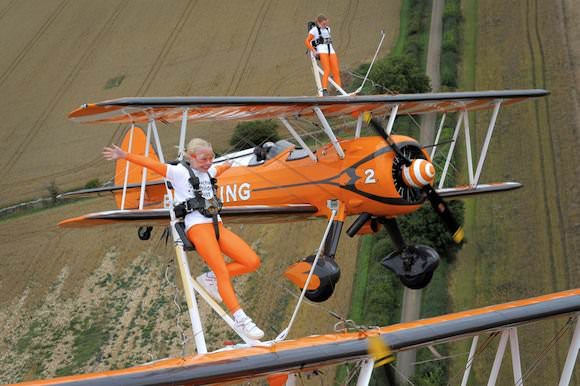 On Wednesday two nine-year-old daredevils from London, cousins Flame Brewer and Rose Powell, became the world’s youngest-ever formation wing walkers! Good for them for doing something that would absolutely terrify me and for doing it to raise money to help a friend with muscular dystrophy.
Marjainez 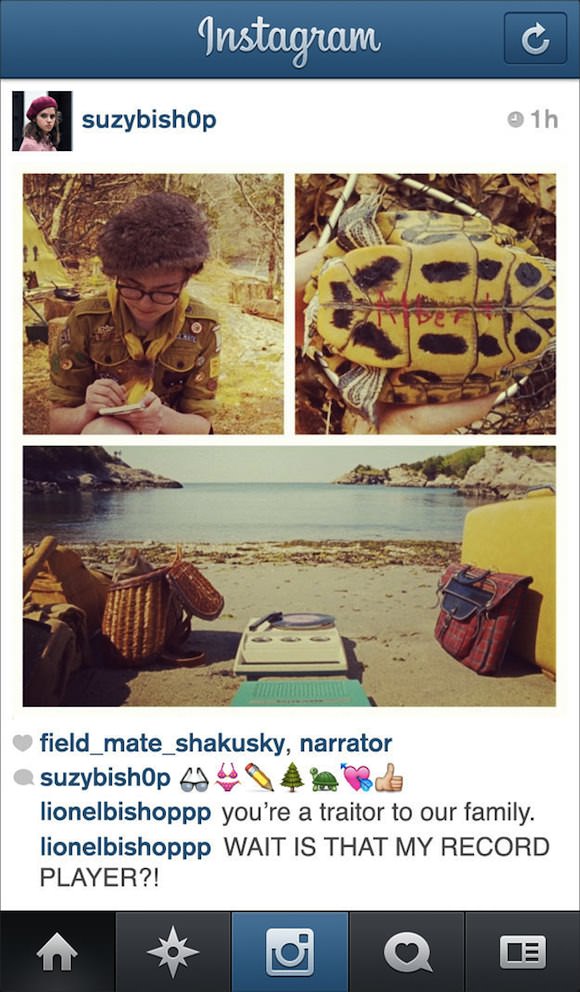 Have you ever wondered what your life would be like if Max Fischer, Suzy Bishop, or Steve Zissou were on Instagram? Thanks to this hilarious collection of imagined selfies by everyone’s favorite Wes Anderson characters, complete with movie quotes and other inside jokes disguised as comments, I now know I would spend every minute of every single day following them. I’ve really tried to pick my favorite, but the task was impossible. P.S. No one can rock a filter like a #tenenbaum!
Lena

Dollywood is probably the most underrated theme park in America. Not that long ago, it won an award for international theme-park excellence. Who knew? But more important, Dollywood’s theme happens to be DOLLY PARTON. If those weren’t reasons enough to pack a bag for Pigeon Forge, Tennessee, Parton announced this week that she’s launching a $300 million expansion of the park, including improved roller coasters and a resort equipped with fire pits for s’mores making.
Anaheed

This one goes out to anyone who had as shitty a week as I did: Taylor Swift singing “Closer” with Tegan and Sara. I defy you not to be jumping up and down grinning by the end.

The shitty week is over, guys! Let’s all celebrate. ♦