The Peanuts meet Morrissey in a Tumblr that combines two of our favorite sad/happy things. Plus: Kerry Washington sings Disney karaoke, California recognizes the rights of trans* kids, and lion cubs fuel an explosion of cute.

Sunday Comic: The Best Song Ever #11 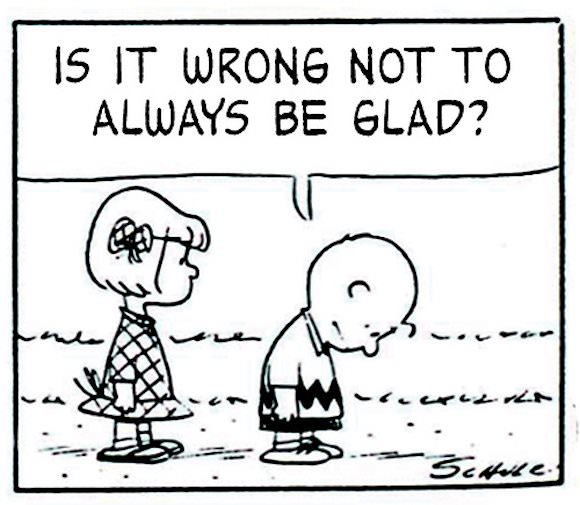 The idea behind by This Charming Charlie—a Tumblr that pairs Peanuts comics panels with the Smiths’ lyrics—is simple and brilliant. So much so that it only took a week for It’s Nice That to pick it up from the depths of the internet. Charlie Brown plus Morrissey equals something delightful that also makes a lot of sense.
Emma S.

Kerry Washington is one of my current crushes. In addition to starring in one of the best shows on TV, she also seems like a genuinely good person, identifying as a feminist and an activist and an all-around badass. (Okay, fine, she hasn’t described herself as a badass, but I think she is.) Now, being good doesn’t necessarily mean Washington would be fun to hang out with, but this interview at the Teen Choice Awards with her and the singer Jordin Sparks makes me think that could be the case. Being dorky enough to admit to singing Disney songs at karaoke? I love it. And her voice is amazing because how could it not be? Now, who’s going to cast her in a musical? For some reason I’m picturing her remaking an Audrey Hepburn movie. Any Audrey Hepburn movie. My Fair Lady? You KNOW she could nail a Cockney accent.
Stephanie 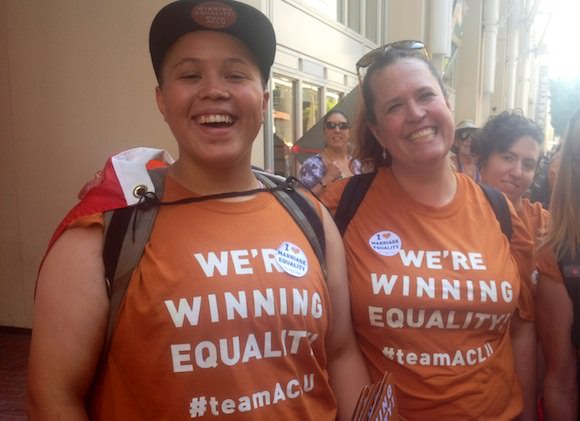 Ashton Lee and his mom.

This week, California Governor Jerry Brown signed AB1266, a bill that will make it a right for trans* kindergarten-through-high-school students to use the restrooms or locker rooms of their choice, regardless of their birth genders. Students also will be able to decide between playing girls’ or boys’ sports. Ashton Lee, a 16-year-old transgender boy from Manteca, California, hand-delivered a petition in support of the bill to Governor Brown’s office days before it became law. (Then in this interview on Monday, he had one of the best possible replies to “concerns” about the new restroom-use rule: “I’m a guy. It doesn’t make sense for me to be in the girls’ bathroom.”) The law doesn’t go into effect until January, and conservatives are already fighting it, but signs of progress toward equality for all always bring a big smile to my face. 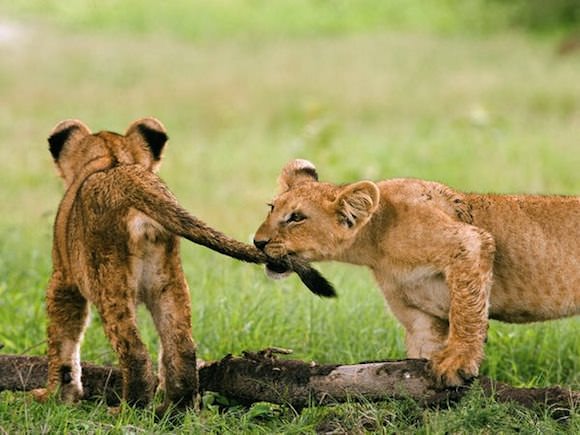 This week, National Geographic posted the results of its recent field study of lion prides that roam the African Serengeti’s vast plains. The magazine was able to get up close and personal by mounting a camera to a remote-controlled “robot tank,” ensuring both incredible photography and super-intimate recordings of the lions’ roars, purrs, yelps and, gulp, bone-chewing. That’s amazing enough, but even more incredible is the way they present the lion depictions in a crazy, interactive extravaganza of awesome. The whole thing is worth delving into, but my favorite part focuses on these little cubs playing with each others’ tails, because, well… CUTE EXPLOSION.
Hazel 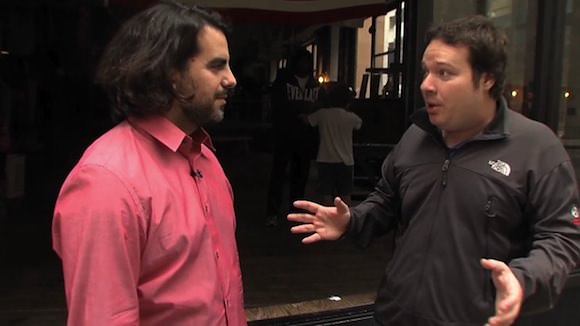 Ladies, you know how there are, like, zero quality women’s media outlets out there? Wouldn’t it be awesome if some dude with, say, $6.5 million dollars lying around would just fucking start one already?! Well, Bryan Goldberg, above right, did just that. On Tuesday, he announced the launch of Bustle, a website where you can read about politics and reality TV and makeup tips, all on one site that’s catered just to women. Thank GODDESS a man is here to give us all the information we need (like “knowing the difference between mascara, concealer, and eyeliner”) in one place! Goldberg got a lot of criticism, particularly in the comments section of his little communiqué, because, duh! First of all, it’s offensive for him to act like his venture is innovative when there are magazines and websites that are doing the exact sort of writing he wants to publish, and especially when those publications and sites—including The Hairpin, HelloGiggles, Bust, Clutch, Autostraddle, Elle, Jezebel, etc., and, hello, US!—are doing a really fucking good job at it. After people (many of them editors of these very publications) pointed this out, Goldberg retraced a lot of his (mis)steps. But there are still many, many problems with Bustle, like how its “About” page sounds like an embarrassing, out-of-touch, sexist uncle wrote it (“What others might call a big tent, we prefer to think of as a giant skirt”) and the fact that Goldberg is looking to pay his contributors $100 a day for four to six posts (pretty damn low). Oh, and that all of that is what he’s done with so much money. Do you know what Rookie could do with that kind of money? More than Goldberg could ever know. Also, did we mention the site is called Bustle? BUSTLE. Bustle?!
Lena

During an interview with NPR’s Robert Siegel on Thursday, the Egyptian novelist Alaa Al Aswany said something about Egypt’s crisis, and its rising death toll, that has been repeating in my head since then: “I feel, of course, very, very sorry for all the victims who were killed yesterday, and I don’t care on which side the victims were.” The violence is very scary, and very difficult to make sense of. I’ve been thinking a lot about young Egyptian activists like Alya El Hosseiny and hoping they are safe. ♦