Who wants to make music with lightning and gravity? Plus: Pen pals meet after seven decades, the “Camp Gyno” makes bunk calls, and Marlon Brando attempts to be a bagel. 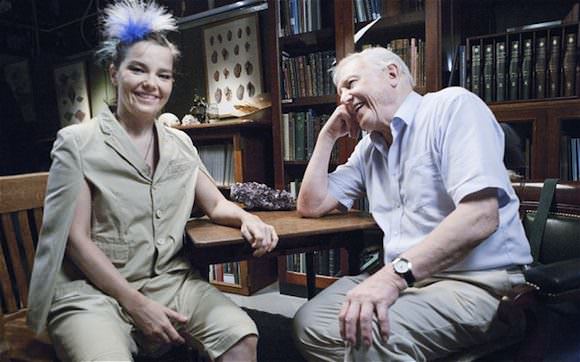 Last weekend in the UK, Channel 4 premiered the documentary “When Björk Met Attenborough.” In other words, one of my favorite minds in the world of music (Björk) united with one of the most lovable broadcasters/naturalists (David Attenborough, who is also arguably a poet—he once memorably referred to a naked mole rat as a saber-toothed sausage). The show focused on the relationship between music and nature, as well as Björk’s quest to make music more intuitive through the use of science and technology, particularly in her latest project, Biophilia. There were cymatic experiments, which involved making music with lightning and gravity, plus previously unreleased behind-the-scenes footage of rehearsals for the Biophilia tour. It unwrapped just one tiny layer of the mystery behind the project, helping me appreciate and understand it even more than I thought I already did—while leaving just enough of the magic secret.

Usually “women’s hygiene” commercials for tampons and pads and the like give me the creeps (especially the ones where a hand pours blue liquid onto a maxipad, which also is done in diaper commercials, making it wrong on so many levels), but HelloFlo’s “Camp Gyno” ad totally made my week. It’s hilarious (I literally cried and almost peed while watching it), and it doesn’t involve any weird liquids, euphemisms, or girls acting like their period is this enormous, routine-ruining cross to bear. In fact, getting her period (“The red badge of courage!”) revolutionizes the Camp Gyno’s whole summer! 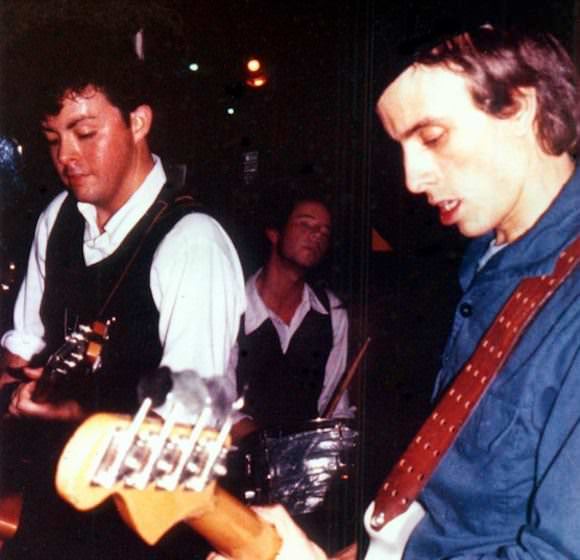 Richard Barone and “a” in 1978, playing their first show at Maxwell’s in Hoboken, New Jersey.

I’ve been going to as many concerts as possible since high school, and I’ve geeked out over some classic venues (like Whiskey-a-go-go in L.A., First Avenue in Minneapolis, and CBGB in New York) as much as I have the bands. I was lucky enough to get to CBGB right before it closed in 2006. I was not so lucky with Maxwell’s, the historic Hoboken, New Jersey, club where many of punk and indie rock’s finest graced the stage over the past 30-plus years—and that closed its doors forever earlier this week. Richard Barone was a member of the Bongos and “a,” the first band to play at Maxwell’s in 1978, and on Monday he memorialized the venue in this piece for Spin.
Minna

Audrey Sims, from Perth, Australia, and Norma Frati from Portland, Texas, met IRL for the first time this week after writing letters to each other as pen pals for 74 years. SEVENTY-FOUR YEARS. That is some serious dedication to something that started out as a school project for Norma when she was 13 and Audrey was only nine. It’s fascinating to think about all the secrets they shared, the milestones they conquered, and the details they would have known about each other’s lives—all through the written word. I would love to see their correspondences, but I’ll just have to be content with this video, which choked me up a little bit in a good way.
Emma

Here at Rookie, we’re in it for the LOVE, not the money. There are people, however—actors, for instance—who sometimes do things just for moolah. On Wednesday, the folks at Grantland posted a YouTube-enhanced list of some of the parts actors have taken in “paycheck movies,” and it’s pretty funny. The part about Marlon Brando wanting to pretend to be a bagel in Superman is pretty amazing. The director, Richard Donner, explains it in the clip above; if I had been directing Brando, I would have let homeboy do whatever he wanted.
Laia 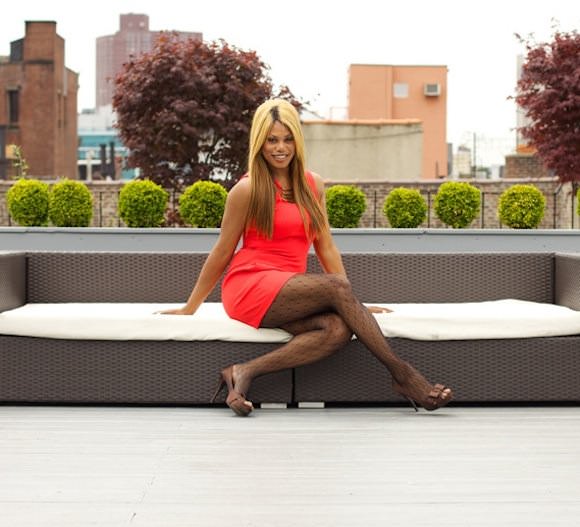 Are you all watching Orange is the New Black? If you aren’t, get to it! And if you are, then you already know about all of its amazing characters, including Sophia, the transwoman who works at the prison hair salon. In this lil’ Q&A with Gawker, we find out that Laverne Cox, the actress who plays Sophia, is just as rad in real life. I’m totally in love with her and her spirit, and her character will make you laugh AND cry. ORANGE IS THE NEW BLACK FOREVER!

This story at the Atlantic, about Arunachalam Muruganantham, an Indian man who tried—and succeeded—to make inexpensive maxipads for his wife, and, by extension, for women across India, is a million kinds of amazing! According to the piece, 70 percent of women in India can’t afford pads or other period-related products. Instead, they have to use things like rags and leaves each month, which not only leads to serious health risks but also to a lot of period-shame. I mean, imagine dropping out of school because you are too embarrassed about your period… NO ONE SHOULD HAVE TO DO THAT! Muruganantham experimented with different materials and methods of making pads so that they could be manufactured inexpensively in India, and now he employs 7,000 people, including women, in pad-manufacturing facilities across the country. I love that this dude was so committed to R&D that he even figured out how to have his own fake period for 10 days to help himself understand what women go through (because women were too embarrassed to give him their opinions). Kudos to him for sticking to it, and for now being the source of employment and income for so many women in India!
Lena 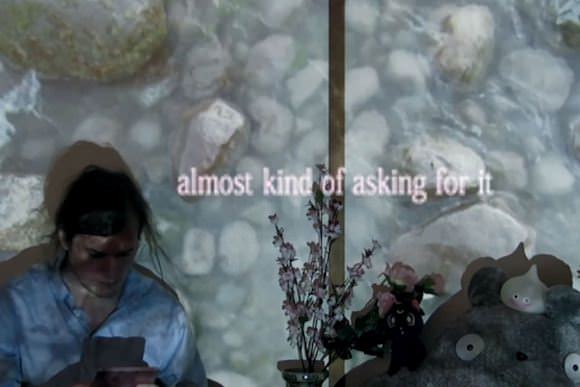 A still from the video for “On Fraternity” by Dead Girlfriends.

Some of my favorite recent reading has been at Spin, which has been posting roundtable articles with a few of the smartest culture writers in the game, including Jessica and Julianne. The discussions have started with a pop-culture controversy and how it relates to women, which I could read about all day every day when I’m not listening to podcasts about basically the same thing. Yesterday’s chat—about the electro solo artist James Brooks (who recently started recording music as Dead Girlfriends and is the live boyfriend of Grimes) and his new song “On Fraternity” (about the trauma of sexual violence, debatably from a woman’s perspective)—was the best one yet. On “male feminism” in general, the critic and writer Michelle Myers said this:

“I’m wary of male feminists who are trying to prove how much they ‘get it.’ I realize it’s frustrating to hear, but no amount of learning or empathy will let you know what it’s like to live every day as a woman. I think there is a very real space for men to speak their truth about how patriarchy hurts them. I am interested in how masculinity and gendered violence affects their lives, as opposed to than hearing men tell me what I already know about rape culture firsthand.”

And then later Julianne said this:

“I definitely think we can go hard on men who claim feminism or who try to put forth feminist work…because, well, FEMINISM IS THERE BECAUSE WOMEN ARE MARGINALIZED BY MEN. That’s the point, dogs! Please join us—we want you here with us—but don’t get salty if your art sets off some of our life-honed bullshit meters.”

YESSSS to all of that! But, seriously, practically everything in the piece is quotable, so just read the whole thing. ♦