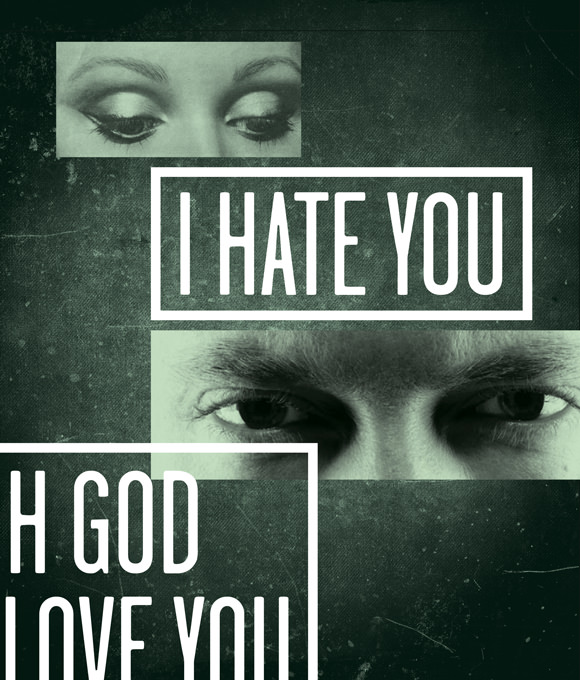 Feminist women love Eminem (chigga chigga chigga)
“Slim Shady, I’m sick of him, look at him
Walkin’ around grabbin’ his you-know-what
Flippin’ the you-know-who”
“Yeah, but he’s so cute though.”
—Eminem, “The Real Slim Shady”

I remember the first time I listened to Eminem’s song “Kim.” I was 15, alone in my bedroom, doors closed, headphones on. In high school I listened almost exclusively to hip-hop, and I hadn’t been particularly impressed with Eminem’s first album, which had come out a year earlier. Plus, I thought his bleached hair looked stupid. But even a self-involved teenager like me couldn’t help noticing how feminists and conservatives alike were freaking out over his lyrics, especially the lyrics for that song “Kim,” that one where he kidnaps and murders his then-wife. Anyone who could unite polar opposites in mutual outrage was worth a listen. So I stole “Kim” off of Napster and I listened as Eminem (aka Marshall Mathers) scream-rapped obscenities and threats at his partner, whose throat he slits (“Bleed, bitch, bleed!”) and whose body he stuffs into the trunk of his car, the whole story gleefully interspersed with tender baby talk addressed to the couple’s daughter, Hailie. It was a love song, too, I slowly realized: “I swear to god I hate you / Oh my god I love you,” he wailed. Another long verse and a few choruses later, I felt unsettled and repulsed. I didn’t talk for probably an hour.

“Kim” wasn’t the cleverest song in Eminem’s catalog. It wasn’t as witty as “Guilty Conscience” or as meta as “Without Me” (“I’ve created a monster / ’Cause nobody wants to see Marshall no more / They want Shady, I’m chopped liver”) nor as chock-full of dizzyingly virtuosic multisyllabic rhymes as “The Way I Am” (“Sometimes I just feel like my father / I hate to be bothered / With all of this nonsense, it’s constant”). But “Kim” was the song that started my obsession with Eminem. For the next few years, I spent many solo hours enveloped in his rage against women and gay people and pretty much everyone. (Bumping to his music in a group felt grotesque; I didn’t want to know which of my guy friends were genuinely cheering him on.)

Any woman who loves hip-hop—actually, make that all popular culture—will find herself constantly redrawing and policing the boundaries of her tolerance, doing daily weigh-ins of her own hypocrisy. In high school I was into NWA and Tupac, and even gentler rappers like Outkast and Brand Nubian, despite their misogyny. I wished some of my favorite songs could be purged of the needless name-calling—Biggie and Method Man’s “The What,” for instance, would be no worse for wear without the line “Bitches, I like ’em brainless.” I didn’t overlook the bigotry in those songs; I tolerated it. With Eminem, it was the misogyny itself that got under my skin; he made it seem so scary and depraved, all that ugliness and rage and shame and violent self-hatred that lurked beneath milder expressions of misogyny and homophobia. Offhanded, anonymous sexism was harder to get outraged about, harder to explain to my guy friends. “Don’t take it so seriously!” I could hear them saying. “Money, cash, hoes! Cristal, afterparties, road head!”

Eminem didn’t have sleazy, objectifying party songs; he had furious, murderous meltdowns. His was not a blithe misogyny. “Kim,” was dark, violent, out of control; but the “Kim” in the song is not a prop—she’s a demon. A demon has power. Not that acting out the kidnapping and murder of your domestic partner is some awesome feminist statement. And, duh, hating women is bullshit all around. But while the song pissed me off and provoked me, it never objectified or excluded me. Eminem is capable of conveying great humor and joy in his music (see “The Real Slim Shady,” “My Name Is”), but he didn’t write “Kim” to make anyone laugh. He did it to show us what a profoundly fucked-up human he was. He wasn’t bragging—he was confessing. He was daring us to hate him when Jay-Z and Puffy and Snoop were begging us to love them.

“Kim” wasn’t escapist or aspirational; it was personal. It threw the realities of domestic violence in my face, which were all the more terrifying because I knew the feelings in the song were culled from life. Unlike those ebullient songs marred by references to “big-booty skanks,” Eminem’s eloquent vitriol always made me feel galvanized, if only because it made me feel, made me rail against him and the sexist world around me even as I recognized the allure of both. I felt like I had more power in this private love-hate relationship with a rapper than I did dancing to something that condescendingly reduced me to something sexy and dumb (or, maybe worse: fed me empty platitudes about all the Strong Women out there). If Eminem became wildly popular not in spite of but because of his misogyny, as some critics feared, it says more about us than it does about him.

In 2001, the year after The Marshall Mathers LP came out, Dr. Dre came out with his comeback album, 2001. A few months later, Eminem’s third album, The Eminem Show, was released. I was 17, and I remember listening to Dre and Em in tandem, loving the latter more than ever while feeling profoundly let down by the former. One track on 2001 made me angrier than any Eminem murder fantasy ever had: Called “Explosive,” it had an infectious, multipurpose beat—it was a vacation song, a weed-smoking song, a walk-to-class song. Yet there was so much gratuitous contempt for women in this otherwise harmless party track:

Fuck a bitch; don’t tease, bitch, striptease, bitch
Eat a bowl of these, bitch, gobble the dick
Hoes forgot to eat a dick can shut the fuck up
Gobble and swallow a nut up, shut up and get my cash
Backhanded, pimp-slapped backwards and left stranded
Just pop ya collar, pimp convention hoes for a dollar

Yikes. I hated Dre for reeling me in and then promptly disinviting me from the party. Dre (and his guest star, Kurupt) weren’t egging me on with their throwaway bitches and hos. They were dismissing me altogether.

The Eminem Show, meanwhile, needled the listener for a response. Here was a fully formed character floored by the resonance of his own self-proclaimed white-trashiness, at once smirking and throwing a hissy fit as he cruelly taunted us, his most devoted fans. By this time Eminem was both carefully orchestrating his image and becoming entirely unhinged, and it showed on this album, which was layered with self-referential anxiety. In “Superman,” he mercilessly derided Mariah Carey, fantasized about slapping her till she couldn’t stand and putting handprints (not the good kind) all across her. He made me hate him, but he also managed to make me complicit in reducing my own childhood idol to a pathetic social climber. And then he warned me, on the eve of my high school graduation, months away from 8 Mile, his good-boy feature film debut:

Eminem has a keen sense of irony, but he’s no Matthew Weiner; he’s not trying to expose misogyny by showing us how it works. And sometimes his sexism is just run-of-the-mill posturing, part and parcel of his aggro–“trailer trash” persona. And when his vulnerability makes an appearance, it’s enjoyed only by the worthiest of women—his daughter. The devolution of “Hailie’s Song” into a screed against Kim is typical Madonna–whore stuff, no different from Tupac throwing “Keep Ya Head Up,” his ode to black womanhood, on the same album as the casually sexist “I Get Around.” I’m sure Eminem wasn’t aware that his misogyny was radicalizing me or anyone else.

Realtalk, I didn’t understand that either back then. I loved Eminem in a straightforward, zero-subtext way. I loved him because he was a “bad boy.” My mother, the rock critic Ellen Willis, once wrote that she chose “love over sexual-political common sense” when it came to the often sexist songs of rock & roll musicians. In life and relationships, that’s a terrible idea. In pop culture, it’s allowed.

My love for Eminem mimicked an abusive relationship, but with none of the horrible consequences. I fantasized about changing him and schooling him, about arguing with him and even hate-fucking him. By loving him I could safely play with the idea of being lured in and terrified by a charismatic, abusive tough guy while remaining unharmed, free to come and go as I pleased. His music allowed me to flirt with danger and then be revolted by it, to feel empathy for this put-upon working-class hero and then have that sympathy smashed to pieces. I worked through the whole cycle of attraction, rationalization, apology, fear, and revulsion in my head, which kind of inoculated me against getting involved with that kind of guy in real life.

I lost interest in Eminem shortly after 8 Mile. But a few years ago, my ears perked up when anti-Eminem feminists wrung their hands anew with the release of “Love the Way You Lie.” Its chorus, chillingly, is sung by Rihanna, recorded a year after photos of her bruised and bloody face surfaced on the internet; its video depicts Megan Fox and Dominic Monaghan engaging in an electric hybrid of fighting and foreplay in a house that’s in the process of burning to the ground.

This track was about Kim, too, but this time Eminem’s anger was directed only at himself. “I feel so ashamed I snapped,” he confessed. “I laid hands on her, I’ll never stoop so low again.” It’s the closest he had ever come to apologizing for the verbal and physical pain he’d inflicted on Kim over the years, but it wasn’t a tidy apology. He blamed it all on passion: “High off love, drunk from my hate…she fuckin’ hates me but I love it.” This chemistry was in next-level amour fou territory, the kind both abusers and victims routinely invoke to excuse domestic violence. I wasn’t mad at it. This song wasn’t a relationship manual; it was an exposition of raw, human messiness.

Against a backdrop that’s all elbows and bruises and sweat and flames, Eminem wheedles in the video: “I’m Superman with the wind at his back, she’s Lois Lane.” Chills crawled down my arms, even as his defeated refrain to Mariah from a decade ago rang loudly in my ears. I knew it was a lie, but I loved it. ♦

A version of this essay originally appeared in the zine anthology It’s Complicated.

Nona Willis Aronowitz is a writer, an editor, the author of Girldrive, and a cofounder of Tomorrow magazine. She still has “Love the Way You Lie” on her workout playlist.