It turned my world upside down.

The Day the Circus Came to Town 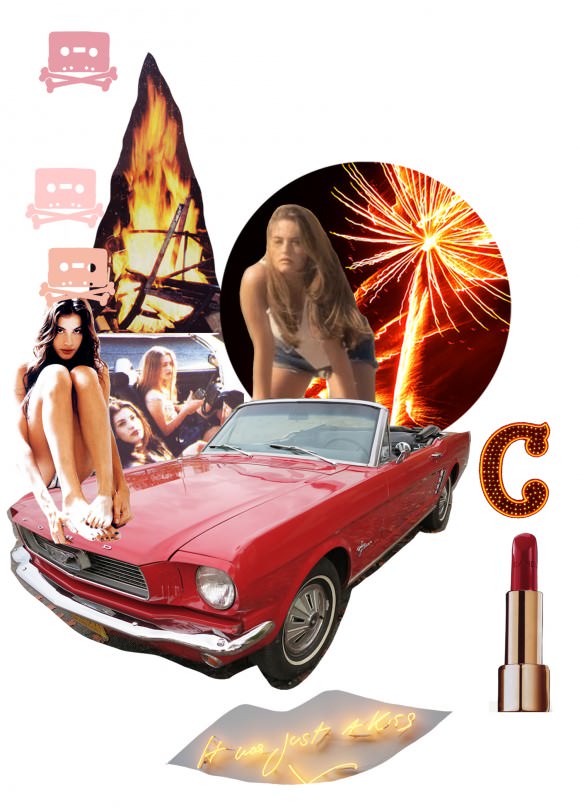 I was always disappointing them. I wasn’t brilliant enough academically to satisfy their expectations, nor was I as docile and subdued as they felt a “good Indian girl” should be, and they heaped guilt on me for these shortcomings. I also had another, secret source of guilt—my shame about touching myself and liking it.

My first and only moment of rebellion had occurred three summers earlier, when, in the absence of parental supervision and high on hormones, I had practically run wild. My mother had been away in Delhi, my father too drunk to care, and my grandparents too old to do much about anything. I ran around in ragged clothes and played cricket (the national sport of India) with the neighborhood kids, coming home only for meals and to watch films on cable—in which adults kissed passionately and they showed boobs—late into the night. I was constantly on the lookout for something forbidden to do. One day I broke my big toe while playing on the roof, and then proceeded to climb a half-built skyscraper with my broken toe. The next week my mother returned home and my summer of abandon was over. But its flame still burned deep within me. It wasn’t until halfway through the summer of 1999, when I was 13, that it exploded into an inferno. The trigger? My best friend.

I had known Shia (let’s call her Shia) since I was 11, but we’d only recently become close. It started with music, as most things do when you are a teenager. I remember the battered tape she thrust into my hand one day, a copy of Pink Floyd’s The Division Bell, and insisted I listen to. I wasn’t particularly excited; I preferred boy bands. But one afternoon when I got home from school, after being shouted at by my mother, feeling absolutely miserable, I popped the tape into my tiny boombox and hit play. And the world was changed forever.

Shia and I started hanging out all the time after that, talking about music, boys, parents, and books and giggling about the guys she was seeing, while I secretly wished that some boy, any boy, would fancy me for a change. That, however, was a pipe dream—I was taller than everyone in my year, boys included, and the fattest. Boys looked at me only to laugh, and when they actually talked to me, it was just to get to know Shia—pretty, frail, delicate Shia—better. But while I was jealous, I didn’t love her any less for it. And I loved her a lot. We spent all our free time at school together, arm in arm, and when we got back home, we would talk on the phone for hours.

Soon after Shia and I became friends, Maya (let’s call her Maya) joined us. Maya was a skinny little thing with a crop of wild hair, dirty shoes, and dishevelled clothes from running around playing basketball all day. She was a total tomboy, interested only in sports (and occasionally girls). She was the one who introduced me and Shia to the concept of sharing physical affection. This is something I had briefly experienced the year before with my then best friend—let’s call her Lina. She was a small, birdlike girl who would put her arms around me at the slightest provocation. When eighth grade came around and we no longer shared any classes, Lina began distancing herself from me, but I always remembered how soft she felt in my arms and the surge of warmth that would go through me whenever I held her. I marveled at how someone so bony could feel so tender.

Even now I remember the day of our group kiss. Shia, Maya, and I had gotten into the habit of chastely kissing one another on the cheek, and we thought nothing of it. One day, during our meager 15-minute lunch break, we were all happily sucking on ice lollies when Maya pulled Shia and me close and tried to kiss us both on the lips at the same time. Suddenly I had two orange-flavored mouths on mine, slick with saliva and melted ice. It ended too quickly for me to process anything, and afterward we all giggled nervously. But something shifted subtly after that. The three of us were still thick as thieves, but there was an added layer to our friendship. We became more physically comfortable with one another. I would casually caress Shia’s back while talking to her, or cuddle into her while we sat side by side, and generally touch her in a million and one ways. We never did anything overtly sexual; it could all be placed firmly in the realm of affection—intense affection, but still on this side of the friendly/sexual borderline. At that point I had no clue that the comfort I felt when touching my best friend would feel more or less the same as the pleasure I would derive from touching my first (and only) boyfriend 12 years later.

My family got satellite television in 1999, and I quickly became hooked on the music channels. One day I was watching one of them after school—probably MTV India—and I saw a video that completely rocked my little world. It was the video for Aerosmith’s song “Crazy,” and it was EPIC. A six-minute, sixteen-second narrative from 1994, it tells the story of two teenage girls, played by Liv Tyler and Alicia Silverstone, who cut school to go on a road trip. Presumably best friends (because who else would you go on a road trip with?), they begin their journey by stripping off their button-downs and flinging them into the wind (don’t worry—they had demure white camis on underneath), and singing along to the radio at the top of their lungs. There are some shenanigans at a gas station, where they flirt with a couple of dudes in order to stuff their bags with free snacks and sunglasses, and they squeeze into a photo booth together, coming out a few seconds later wearing different clothes. They slip a photo strip into the cashier’s hands on their way out; his expression is enough to confirm the nature of its contents.

From there the girls make a stop at a strip club on amateur night. This, unsurprisingly, is the scene that really captivated my 13-year-old imagination. Silverstone, dressed in a man’s suit and hat, makes an entrance with Tyler, who is giggly and girly in a crop top and white flares. Tyler takes a turn onstage, and while there’s a whole audience watching, it’s obvious she’s performing for just one person: her best friend.