All in Good Time

I spent most of my time in high school thinking I was “doing youth wrong.”

Midnight Plus One: "Modern Witch" 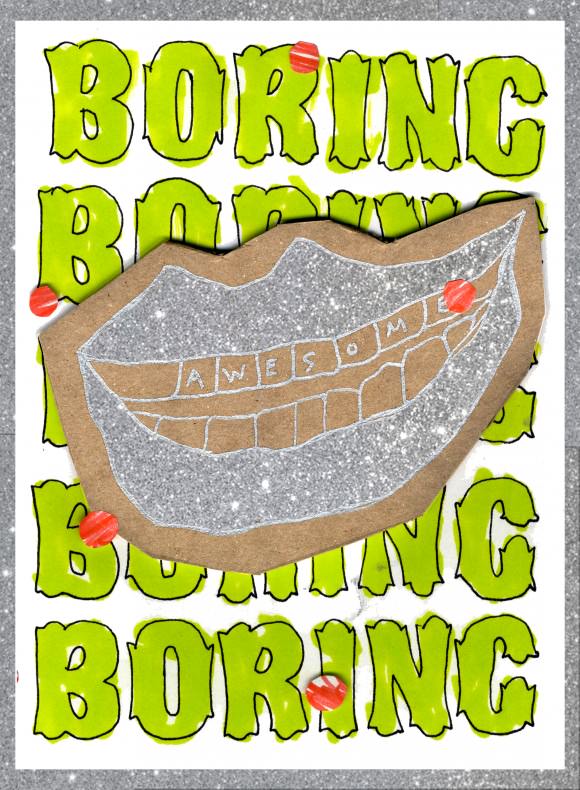 My favorite high-school-party memory involves the first boy I ever kissed throwing up on me. We were 18, he was drunk, I was sober, and I was trying to comfort him as he stumbled around in our mutual friend’s backyard, the alcohol making him sick and silly. I was sitting on a bench; he came up and started telling me how happy he was that we were friends, because, in his words, I was “poetic, like Britney Spears.” Then he threw up on my shoes. It was perfect in its absurdity, and the memory has always stayed with me.

The People Who Bring You High School in movies or on television would have you believe that everyone just sprints through all of life’s standard checkpoints unimpeded. I believed them, and as a result I spent roughly 75% of my high school experience thinking I was “doing youth wrong,” because I spent more time playing DreamPhone and eating ice cream and laughing with my best friends on Saturday nights than I did drinking out of red Solo cups and making out with boys or breaking laws. This is not to say that I NEVER went to a party or made out with anyone or broke a law (OK, I didn’t break any laws, but I did wear silver lipstick for most of 1998, and that counts as far as I’m concerned), but my life was not a party scene from a John Hughes movie. For a long time I thought that meant I was terrible at being a high school student, when all it really meant was that I was just pretty good at being myself.

My friends and I were pretty tame, partially because it was just our nature, but mostly because we were obsessed with getting into good colleges and terrified of anything that might get in our way of doing so. We had SO MUCH FUN together on low-key weekend nights, just driving around, singing at the top of our lungs, making up stupid personal jokes, gossiping about people we had crushes on, and imagining what our lives would be like after high school. When we did go to parties they were usually at my sort-of-boyfriend’s house, and I was always the designated driver—drinking has never really been my thing, and I was worried about everyone getting home safely—and so I wound up watching a lot of people get drunk. Unlike in the movies, my friends’ drinking wasn’t necessarily cute or fun or interesting, and it certainly didn’t lead to any major romantic moments or life revelations; it was just a bunch of drunk nerds trying to act cool while throwing up in the bushes outside of someone’s suburban house. These parties were filled with people milling about, holding red cups filled with horrible high school liquor decisions (just because you like vanilla and cinnamon does not mean you should mix flavored vodka with flavored schnapps). But I usually had a ton of fun anyway, because I ate candy and laughed a lot instead of getting drunk and puking a lot.

People seem to think that they need to have a very specific set of experiences between their freshman and senior years that will turn them into interesting, fabulous, well-adjusted adults—which is a complete lie. Sneaking out, getting drunk, having sex, doing drugs, skipping class—all of that stuff is optional, man. And all of it is easily accomplished post–high school, regardless of what the Teen Movie Industrial Complex tells you or what your cousin’s friend’s sister’s boyfriend’s best friend says about how many people you need to sleep with or how many parties you need to attend to be considered “normal” by the time you go to college. We buy into the idea that our teenage lives have to be produced by Baz Luhrmann in order to be fun. But no one told me that half of the “teenagers” on TV are actually in their 20s and actually millionaires, so of course their lives looked more fun than mine! It’s hard to reproduce a party on the scale of The O.C. when you live in No One Cares Falls, Iowa.

Some people party a lot in high school, and that’s totally fine. I didn’t. I spent my downtime trying to figure myself out, just like people who experiment earlier than others are trying to figure themselves out in a different way. There’s no set timetable for this complicated and messy process; some people just take a while to figure out what they like by trying a lot of things. My life may have seemed dull to some, but I had a good time on my own terms.

I worried about whether I’d done high school wrong well into my 20s. And when I got to college and met people who seemed to have a million experiences and stories to share about their wild high school times, like massive road trips or a party where someone fell from a roof into a pool, I felt like maybe I had missed out. But as I got older, I gained a little perspective; I realized that no one has the “perfect” high school experience, and that everyone is a little bored (and boring) sometimes. The only way I could have done it “wrong” would have been if I’d forced myself to do things I wasn’t ready or willing to do. I had a good time in high school, and it shaped the person I am today: I read, I listened to records, I drew, I stared at the ceiling, I laughed so hard my stomach felt sick, and though sometimes I worried that I was missing out, I still found things to fill the holes that adolescence likes to punch into one’s heart.

Life is better, and weirder, and more ridiculous than you could ever imagine, and filled with characters that stay with you long after the so-called “big moments” of your life (proms, parties, first kisses) have faded away. The surroundings don’t matter as much as the person you are when you’re in them. ♦