What keeps our girl/our queen happy and healthy on the road.

Friday Playlist: Shimmy Down the Drainpipe 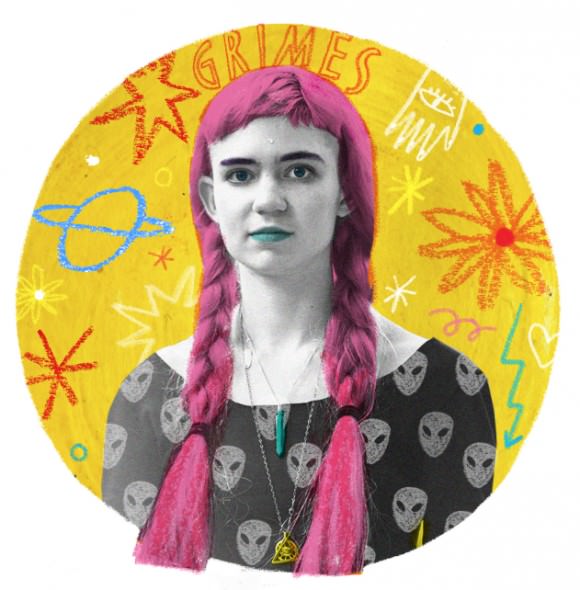 Grimes is busy these days, recording a new album (!!) and keeping up the best Tumblr out there, but she took a few minutes out to tell us what’s been making her happy lately.

1. The Simpsons, seasons 5–9. The Simpsons at its peak is literally the best television that has ever happened. My entire moral compass and my sense of humor were formed by these early episodes. Even if you’ve already seen seasons 5–9, it’s worth it to rewatch them all. Classic after classic. The Frank Grimes episode came during this time. “Who Shot Mr. Burns?” The episode with John Waters. Amazing.

2. Stainless-steel water bottles and eating utensils. As a musician, I’m constantly traveling. After a while I started to feel really guilty about the trail of water bottles and plastic cutlery I was leaving behind, so I started carrying a reusable bottle and cutlery. I have some really sick Totoro chopsticks that I carry, too. With this stuff you don’t need to take the plastic spoons and forks and knives that just get thrown into a landfill after you use them once. Anyway, it’s just very convenient to always have water and cutlery on hand. I find that carrying water makes me drink more water, which makes me feel healthier.

3. Werner Herzog. Herzog is one of my all-time favorite movie directors, but he can be hard to get into because the “film school essentials” version of Herzog (Stroszek, Heart of Glass, Fata Morgana, etc.) can be really dense and monotonous if you aren’t dedicated to drinking lots of coffee and sitting through very slow (albeit awesome) cinema. But his documentaries are totally fast-paced and entertaining, with an awesome mix of hilarious and heartbreaking. I would suggest starting with Grizzly Man or Little Dieter Needs to Fly. Bad Lieutenant, though not a doc, is another classic. If you’re into the denser stuff, I think Bells From the Deep is really underrated, and I’ve been trying to see On Death Row, but I haven’t been able to find it.

4. Massages. When someone touches you, you release all kinds of great chemicals. There have been studies showing that frequent massages can be as effective for treating depression as antidepressants, with a hell of a lot less negative side effects. It doesn’t need to be a professional massage—you can just do, like, massage trains with your friends. If you’re feeling down, see if you can find someone who wants to trade massages on a semi-regular basis. It’s really good for your brain.

5. Backpacks. Backpacks are awesome. I can never fit all my crap into a purse, and I find carrying something on one shoulder hurts my back anyway. Plus, backpacks are stylish.
♦