A Girls’ Guide to Internet Protests

How to raise some hell from the comfort of your own bedroom. 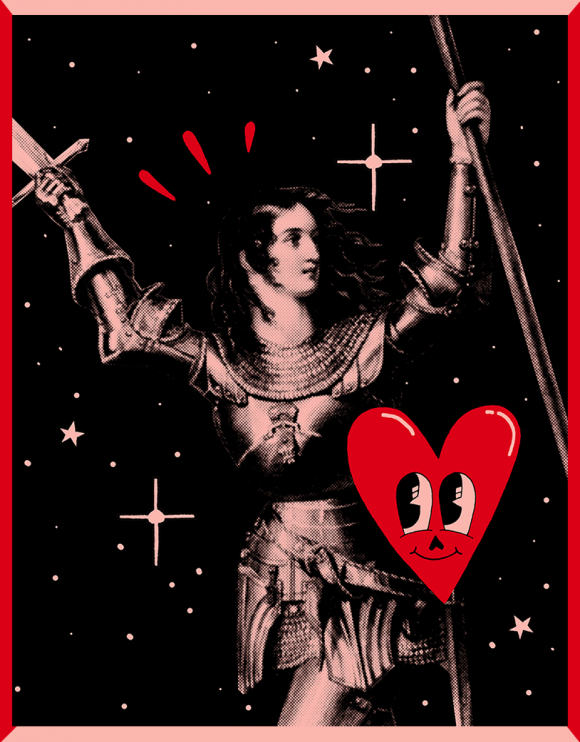 I remember the first time I ever did something that I considered “activism.” I was in high school, and my action was pretty small: While researching feminism online for a class I was taking, I stumbled onto a news story about a woman who was on death row in Texas for shooting a man who had, by all accounts, been severely abusing her. Outraged, I asked my mom to show me how to work her fax machine (!!) and I wrote a letter to the governor of Texas, George W. Bush (!!!) urging him to grant the woman clemency.

That was it. One letter. But it made me feel that I was doing something.

I’ve since joined and started several activist movements, because I can’t sit by idly when something is going on that I disagree with. I have kind of a big mouth! If you do, too—if you find yourself piping up at any injustice, even when it has nothing to do with you, personally—you have the makings of a great activist.

But how do you become an activist? Well, you could find a local cause, go to meetings, and march on the street holding a sign. But many if not most activist groups meet during the day, when you’re in school, or in the evening, when you’re (at least theoretically) doing your homework. That is some ageist bullshit, but in the meantime you have a very powerful tool for protesting literally right in front of your eyeballs RIGHT THIS VERY MINUTE. You’ve already guessed that I’m talking about the internet, and because you are (presumably) a teenager you already know how useful the internet is for learning about things and for finding other people who like the things you do—that’s why you’re reading Rookie. You’ve probably already made a friend or two online, or become active in some online community or other. And maybe you have a blog, or a Tumblr, or a public Twitter or Instagram, so you’re speaking to the rest of the universe on a regular basis. All of this knowledge, and all of those skills, are all you need to become an activist.

So let’s say there’s an issue you feel strongly about. Bullying. LGBTQ rights. Homelessness. Sex education. Animal liberation. Whatever! But what can little ol’ you do, sitting there by yourself in your bedroom in the middle of nowhere? A lot, actually. Back in 2010, when the liberal documentary director Michael Moore and the liberal TV host Keith Olbermann publicly supported accused rapist Julian Assange, I called him out by starting a Twitter hashtag (#mooreandme) to demand apologies from Moore (who had been a hero of mine in my youth) and Olbermann. Thousands of people joined in, and it worked.

I’m fairly certain that I couldn’t have gotten the attention of Moore, Olbermann, or any of a number of newspapers, magazines, and websites that covered that protest if I had just written them letters or emails, or even gone to their offices and knocked on their doors. But the internet was basically made to help people like me (and you!) get our voices heard.

Another case in point: Last year a 14-year-old named Julia Bluhm started a petition on Change.org asking Seventeen magazine to run one photo spread each month that hadn’t been digitally altered. She was a blogger for the SPARK movement, an online activist group that focuses on the sexualization of girls and women in the media, and the petition was the whole group’s idea. “I offered to write the petition because I am constantly surrounded by tons of body-bashing among my friends at ballet,” says Julia. “I wanted to help girls like them see that they didn’t have to be ‘flawless’ to be beautiful!”

The result: “Our petition gathered 86,000 signatures in total,” she says. “We ended up getting national news coverage, and a few months later, Seventeen published a ‘Body Peace Treaty’ promising not to digitally later girls’ faces or bodies in their magazine.”

So how do you start? We’re about to tell you. This isn’t really a how-to manual for internet protesting, but hopefully there are enough pointers here to get you started. Consider this a girls’ guide to making some noise on the internet. —Sady

Let’s assume you wish the world were different in some specific way, or that you heard about something happening that made you really mad. You might be so fired up that you go out and start a campaign, organize a rally, and take to the streets without anyone helping you. You are our hero—go out there and raise some hell! But you don’t always have to start from scratch—sometimes there are already people working on your cause, and joining up with them will probably be more effective than striking out on your own. There’s strength in numbers.

Your first weapon: Google. Erin Jill, 15, who worked on the petition with Julia, recommends “searching for something like ‘activism in [insert your location here].” Also search for keywords on Tumblr, Facebook, blogs, and nonprofit sites. Erin likes Volunteer Match (“it’s really useful and can show you a lot of opportunities for both service and social action—I’ve been matched with a lot of really great organizations that way!” she says) and Sparked.com (“they’ll match you to potential opportunities to work for nonprofits based on your skills, talents, and experience”). Adds Julia:

Go on an internet safari. I’d recommend browsing Change.org for petitions on topics that interest you, and maybe shooting the creator a message to ask if you can help out, or see if they know any ways that you could get involved with the issue. Also, watch videos of TED talks by people who are already working on your issue. How did that person get involved? Do they work with any particular organization? But the best way to get more information about an issue that you are passionate about is to join a group of people with the same interests. I didn’t know that much about feminism until I joined SPARK.

The point is, no matter what it is that you’re interested in changing, you’re probably not the only person who feels that way, and the fastest way to find the others is the internet. As 15-year-old Izzy Labbe, another SPARKer who worked on Julia’s petition, says, “The internet is a glorious place where you can create your own template for activism by starting a blog or making a YouTube channel where you talk about your issue, or even by starting a Facebook group. You should never be limited if you want to make a difference.”

So you’ve found a group of people who are as passionate as you about your cause—now what? How do you talk to them, or get them to pay attention to one of thousands of people using the site?

Start out by just reading for a while. After they’ve been working on an issue for months or years, people can get sick of answering the same questions over and over from newbies. Once you feel like you’ve got a handle on the issue and this group’s engagement with it, don’t act like an expert right away—first, ask informed questions. And ask how you can help! Another thing about people who’ve been working on something for a long time is that they are probably exhausted; they will welcome your fresh energy. “Some places hire bloggers,” says Izzy. “I was lucky enough to find an organization that hired me in its humble beginnings before it became super difficult to get into, but if you don’t see any notices, you could always send them an email asking how you can get involved.”

It’s also OK to reach out—politely!—to people who are regarded as experts in the particular area you’re trying to work on. You can @ them on Twitter, email them links, send them Tumblr asks; although a lot of people are too busy to respond, most, particularly writers and journalists, are more accessible than you think.

Let’s say, though, that you don’t find any organized groups that are working on your issue. You might have to go it alone, and gather people around you. Choose a platform to get your message out: Are you trying to show someone in power that a lot of people actually care about your issue? Twitter hashtags work great for that. Is your issue something people your age are particularly likely to care about? Try Tumblr—but make a really great-looking and informative poster to put up there, since visual stuff spreads faster and wider there. Do you want your message to spread to a lot of people quickly? Try creating a group on Facebook and inviting all your Facebook friends to join it.