They are the worst (but also kind of the best).

Literally the Best Thing Ever: Cemeteries 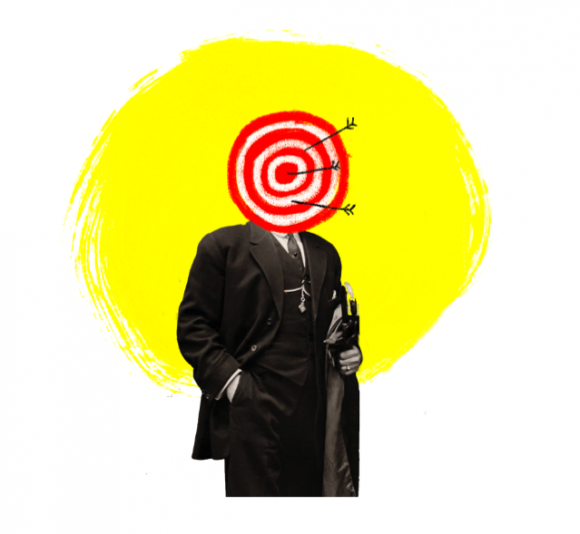 I’m not exactly the most sociable person alive. In fact, if I’m being honest, I’d say that I tend to dislike most people I meet. Sorry, but humans are the worst! Throughout my misanthropic lifetime, there have been a few people whom I especially loathed, and who loathed me right back. I’m talking about my greatest foes of all: my arch nemeses.

An arch nemesis is sort of like your ultimate opposite. If you’re the superhero of your life, your arch nemesis is your super villain. You butt heads in every argument and get on each other’s nerves to the point where you can predict their every combative move. Though your arch nemesis may be your most hated enemy, it can actually be sort of fun to have one. There’s something weirdly satisfying about hating someone who hates you just as much. An arch nemesis will challenge you constantly—all that arguing totally makes you better at intelligent debate. And all that combat will make you stronger, until you give off superwoman vibes everywhere you go. That’s pretty cool.

Here’s a rundown of three of my most despised arch nemeses over the past few years. If they ever find this, they’ll know who they are. (Note to my nemeses who are reading this: I still hate your stupid faces.) In the years to come, I hope to have many, many more arch nemeses, because while they are totally the worst, they’re also kind of the best.

All names have been changed to protect the jerks.

FAKE NAME: Ricky
YEARS OF RIVALRY: Senior year of high school.
WORST QUALITY: He thought he was right all the time when he was, like, so not. Also, it was like he was some sort of professional smirker, the kind you just want to slap across the face.
HISTORY: I was the editor-in-chief of my (amazing, brilliant, critically acclaimed by me) high school newspaper, which Ricky wrote articles for. You know those people who are always disagreeing with you just to disagree with you? He was one of those. He would come to meetings to make fun of all the article topics we brainstormed and crack sexist jokes of the old-school “make me a sandwich” variety just to get a rise out of me. It worked—I was constantly yelling at him. Then I got tired of yelling and moved on to dramatic eye-rolling. One time, an article he wrote was published with a misspelled word in it. Shit happens, whatever—it was ONE TYPO. He stormed into our next meeting and dramatically pushed the paper in front of my face, demanding I put a correction in the next issue. I was like, “Fine, but nobody’s even going to read your dumb article anyway,” which I said just to piss him off. He seemed genuinely offended and left the room melodramatically. I wish I could say, “…and I never saw him again!” but that loser kept writing for me because, I dunno, extracurriculars for college or something? He was such a doo-doo face.
TYPICAL CONVERSATION:
Him: Hey, Hazel. [Glares at me from across the room]
ME: Hi, Ricky. [Glares back]
Him: I thought the last issue of the paper was pretty fucking stupid.
ME: WHY ARE YOU EVEN HERE???
MOST ANNOYING THING HE EVER SAID: One time, in the journalism class that we had to take together, we had to interview each other pretending to be celebrities. He played Steve Jobs, and I the late Amy Winehouse (because, of course!). During our interview, my recorder wasn’t turned on! Rookie mistake, whatever, I figured he’d be down for redoing the thing. I asked him nicely, and he said NO! Then he went into this whole spiel about how I should have known better. He called me a bitch and I called him a dick. I think our teacher was like “OMG CHILDREN CALM DOWN” and then Ricky and I had our signature stink-eye staring contest. (He ended up letting me interview him again.) Also, he played Oregon Trail all the time in class and would name the bears, bison, and other things you KILL in the game “Hazel.” Subtle, right?

FAKE NAME: Ms. Smith-Jones
YEARS OF RIVALRY: My junior and senior years of high school, which were my two angstiest of HS because all I wanted to do was hightail it out of there.
WORST QUALITY: She wouldn’t let me chew my bubblegum in class. WTF else is gym class for, anyway?
HISTORY: Technically, every gym teacher I’ve ever had in my life has been my arch nemesis—anyone who’s had gym class with me can attest to this. But Ms. Smith-Jones and I had something special. See, with the dude teachers, I could sometimes use my feminine wiles to get out of activities (not like the sexy kind of feminine wiles—more the “I have my period and it’s sooo bloody today” type of trickery). I also did a lot of other stuff to get out of gym class, like faking injuries so I could hang out in the locker room tweeting instead of playing “basketpolo” or “footbowling,” which were definitely not even close to real sports. But Ms. Smith-Jones ALWAYS knew I was faking it and made me participate against my will.
TYPICAL CONVERSATION:
Her: Hazel, you can’t lie down in the middle of the field during class.
Me: Why not?
Her: Because I will fail you.
Me: I HATE GYM.
Her: Then why are you taking it?
Me: WHAT?!? [Gym, as everyone knows, was a required class. Did she
seriously think I would choose to be there?]
MOST ANNOYING THING SHE EVER SAID: “I know you keep going to the end of the line for baseball, so you’re up batting right now.”

FAKE NAME: Mark
YEARS OF RIVALRY: My freshman year of college, aka the worst year of college, when everyone is at his or her most pretentious level of show-off-y douchebaggery.
WORST QUALITY: He would consistently argue points in class as if they were his own. When you would respond passionately to them he would say, “Hey, I’m just playing devil’s advocate here!” and act like you were taking him seriously for no reason. BUT DUDE, YOU WERE BEING SERIOUS. Ugh.
HISTORY: Mark was in a class I took on manifestos throughout history. Because manifestos are impassioned screeds, they tend to be about heavy shit, so class discussions often concerned class, racism, feminism, and the like. Mark and I disagreed on almost ever single issue. Our voices dominated the class, so most of the time we were just arguing with one another. He had this way of starting a fight but then ending it with “That’s just the way it is,” as if nothing in the world could ever change. He also was obsessed with finance and accounting and would talk about the stock market at length, even when it had nothing to do with the topic at hand. One time in class I just got so fed up with him I started repeating everything he said in a mocking tone à la a five-year-old.
TYPICAL CONVERSATION:
Him: But people want to work in sweatshops. You can’t get rid
of them. That’s how the system is run.
Me: But you can agree that the system needs to be changed, though.
The garment industry is corrupt.
Him: It’s working fine now. You can’t change it.
Me: Well, you can change it.
Him: Hazel, some things just are the way they are.
Me: [Muffled screams]
MOST ANNOYING THING HE EVER SAID: One time we were talking about catcalling and he kept talking over the WOMEN in the room to give anecdotes about HIMSELF. Also, during a conversation the class was having about whether everybody in the world should go to school, Mark suggested that schools aren’t necessary because he thought everyone in the world had access to a computer. Insert Wilhelm scream here. ♦