A Guide to Faking 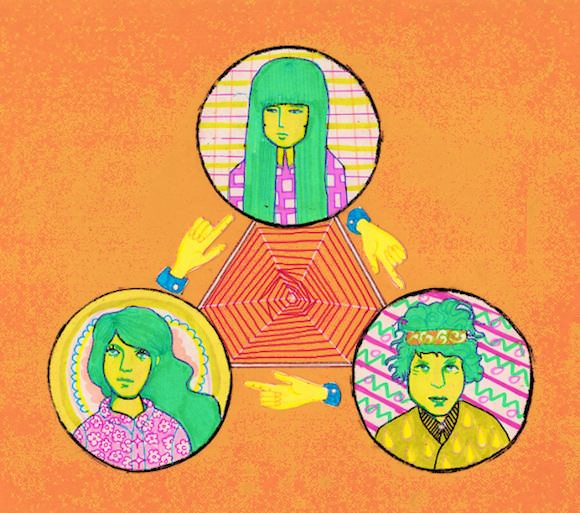 I. What This Is

I had a beautiful friend in college whom I’ll call L. because her name began with L and L is how I remember her: tall, bony, built of right angles. To spit it out: L. was very perfect and sociable and always had something interesting and intelligent to say, and she was very much into her things (literature, film, culture, people) and was constantly falling in love with a thing and then a few weeks later falling in love with another thing and using these things as fodder for her fiction, because she wanted to be a writer. Then L. fell in (serious) love with this notorious jerk called Teddy.* Then he dropped her, and her heart was broken. And while her heart was broken, I slept with Teddy. I did. I pursued Teddy, and I was unapologetic, and I refused to look at L. closely or with compassion: I refused to imagine her as a real person with real feelings—my friend.

III. People Try to Talk About Their Feelings About How It Feels to Be a Person to Other People, and Fail

ANNA (ME). There is a poem called “A Thirsty Fish” by Rumi that I used to carry folded in my pocket. Please, will you read it in full, here? I’ll recite a few lines in case you don’t—although I hope you do, because this poem is a ray of light. Here:

Show me the way to the ocean!
Break these half-measures,
these small containers

A fire has risen above my tombstone hat.
I don’t want learning, or dignity,
or respectability

This is how it always is
when I finish a poem.

A great silence comes over me,
And I wonder why I ever thought
to use language.

L. L. told me about a story that she’d read about a man who absorbs everything but he is empty, no innards, no nothing. She said that she believed she was the same: an empty vessel ready to be filled, but at the end of the day there is nothing, nothing inside.

TEDDY. Teddy said everyone says “I’m sorry” and doesn’t mean it. They say “sorry” and continue on in their shitty behavior. He told me that he’d learned to use the word sorry exactly as everyone else did, and that I should, too, “with honesty”—as simply a word spat out into the air.

(A crummy outlook. Still, I like thinking about words, and how or what they can communicate. How to reach other people, what reaching means. Like maybe your emotions bubble in your belly and you open your mouth and a word-emotion comes out and the other person opens up their mouth and swallows that word-emotion and the feeling is transmitted perfectly and honestly from your inside to their inside. Like passing Gushers through kissing: the sugary skin is the word and the gush is the feeling. Like a mama bird passing a worm to her baby, and in their automatic animal behavior, perfect love is transmitted. [If only.])

L. and Anna Try to Talk.

I once read “A Thirsty Fish” to L., hoping that it would help her get me a bit more. Maaan did I hate her response, which went something like Ooh, An-na, you’re so cute, look at An-na! My crunchy friend, my mystic friend. As I’d write later on, her response made me feel like I was just another one of her things, “an object to fit into one of her overstylized stories…an object to pick and then throw away.”

I could never understand why L., chatty and full of social graces, had chosen me, awkward and quiet, as a friend, but the point is we were friends, and she was consistently a good friend to me. I felt more and more those days that everyone I knew was like L.—just collecting things to decorate their personas like ornaments on a Christmas tree. I felt like we were all nothing more than our Facebook profiles. Delete delete delete and we would rewrite ourselves the next day. I hated that. I did not want to believe that that is all we were. That is why I held on to that piece of paper with “A Thirsty Fish” written on it—it reminded me that there was a time when people were more substantial, not flimsy like Christmas trees and Facebook profiles (granted, there were no Facebook profiles back then). It wasn’t a time that I knew much of anything about, sure, but I imagined that it must be better, more serious, less superficial. I imagined that God lived closer to the earth then, much like the moon.

Did I believe in anything? Nah. What was I doing? Nothing. Eating, compulsively. Swallowing food mindlessly because I liked feeling full, weighed down, because the stomach is prolly connected to the soul, right? I was obstinately refusing to pay attention to pop culture or any culture because I did not wanna become a Christmas tree. I was doing as little schoolwork as I could get away with because I did not wanna become like my philosophy-major peers, who were for the most part very loud and ego-y men who seemed more interested in the sound of their own voices than they were in Truth. (Now that I’m older and have distance from this bleak and frankly boring point in my life, it seems obvious to me that my disdain was a security blanket. I went to a super-academic Midwestern university that had a lot of really smart people—people like L.—who were just pumped on academics. I was scared: I felt dumb, shy, intimidated. Telling myself that I hated all this worldly crap—that I wanted to tune in to the capital-T True thing—was a way for me to try to block out my fears. Was I, like, pursuing capital-T Truth? Attending religious services? Astral-projecting? Nah.)

* Not his real name.