Two stares unite as one…through movie magic! Plus: A new Fiona Apple video to obsess over, tampon earrings on TV, and so many other sparkling gems from the internet.

There is no doubt that you have done one of the following: 1) compared Aubrey Plaza to Daria, because they both have perfected the art of being deadpan and sarcastic; and/or 2) wondered what might have happened to Daria—and all the other eccentric characters in her life—after she left the hellhole that was Lawndale High. College Humor made wishes come true with this trailer for Daria: High School Reunion starring—you guessed it—AUBREY PLAZA. Sadly, the movie doesn’t actually exist, but those few minutes watching Aubrey as Daria are worth it. And who knows? With all the positive responses to the clip, this movie could become a reality. As Daria herself would say:

I have been obsessed with Fiona Apple’s song “Hot Knife” since The Idler Wheel… came out last year. (Actually, I have been obsessed with the record in general, but you already knew that.) The three times I saw her live, I knew she wouldn’t play it because it seems hella complicated, and who would do all the other voices? (ME?) But seeing this new video for “Hot Knife” (directed by Apple’s ex-boyf Paul Thomas Anderson, who also made the awesome videos for “Fast As You Can” and “Across the Universe,” among others) is exactly what I pictured in my head when I imagined her singing it. The song is so pure, and I’m glad the video isn’t about crazy pyrotechnics or green-screen shenanigans—it’s just Apple, her sister (who does backing vocals), and drums. The song will get stuck in your head, and you’ll wanna watch the video again and again.

MSNBC anchor and all-around-awesome person Melissa Harris-Perry wore tampon earrings on her talk show this past weekend. It was a sort of mini-protest against the ridiculous temporary ban on “feminine products” in the Texas State Capitol on July 12th during a legislative session that led to a vote to effectively close most of the state’s abortion clinics. Guess security could’ve been afraid that ladies were gonna pull an L7? I loved Harris-Perry’s little joke; I say bring on the tampon jewelry! And while we’re on the subject of Harris-Perry, can I please just ask WHY her show comes on weekends in the morning, a.k.a. when we’re all asleep, a.k.a. the worst possible time slot? BOO! Give her a weekday slot, MSNBC, pretty please?
Rose

On Wednesday, Women in the World posted the trailer for the documentary After Tiller. I’ve been waiting to see this movie since the co-directors Martha Shane and Lana Wilson Kickstarted it a few years back. It profiles the four doctors in America who still perform late-term abortions, which are rare but controversial, and it promises to be an honest examination of why a doctor would choose to endanger his or her own life—and the lives of loved ones—so that women have access to this surgical procedure.

Who hasn’t killed time by scrolling through BuzzFeed’s addictive, GIF-laden listicles or photo roundups of the 27 Most Confused Raccoons or whatever? I’ve done my share of zoning out, but I’m not sure procrastination will ever be the same after this down-the-rabbit hole meta-internet masterpiece.
Tavi 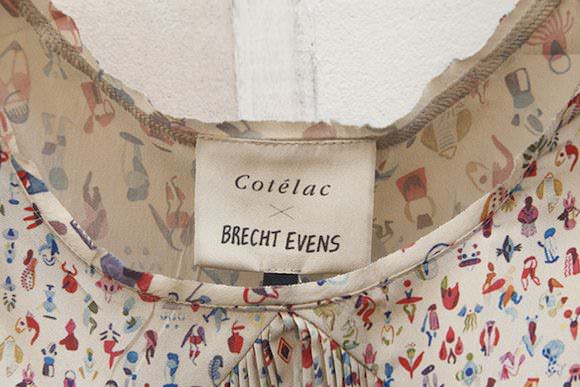 Remember Brecht Evens, the guy who made that book The Making Of, which we wrote about for July’s books roundup? Remember how I said his beautiful watercolor illustrations were the best part? Well, now he’s collaborated with a French fashion label called Cotélac to put those beautiful works on a dress! To be worn on your body!!! I’m freaking out.
Rachael

My heart broke as I watched this video by 11-year-old Nada al-Ahdal, an impossibly brave girl who ran away from her home in Yemen after her parents tried to make her marry an older man. Now living with her uncle, Nada is speaking out for young children who are married off against their will and before they have a chance to live their lives. In the video, she talks about her aunt’s suicide after being married at 14 to an abusive man, and says that she, too, would have killed herself if she had been forced to marry. “They have killed our dreams. They have killed everything inside us.” Thankfully, her message seems to be getting out: Her video has more than 7 million views on YouTube. 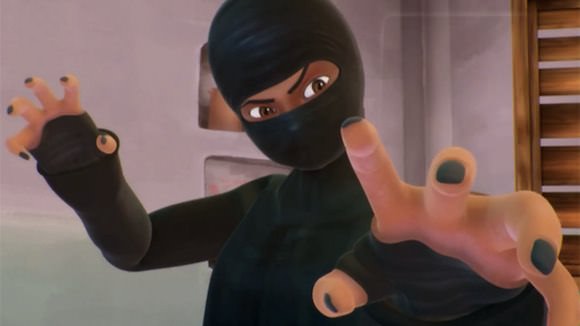 Meanwhile in Pakistan, the country’s first animated TV series stars an unlikely heroine: Burka Avenger. The burka-wearing superhero, above, is a teacher who defends the right of her female students to get an education by fighting with books and pens as her weapons. The Pakistani pop star Haroon created the awesome character in reaction to the Taliban’s often-violent efforts to stop girls from going to school.
Jessica 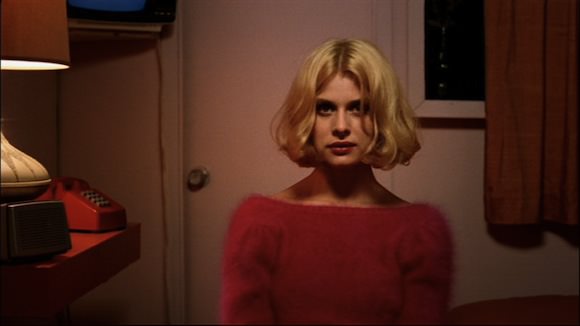 A still from the movie Paris, Texas.

Lisa Rosman, one of my favorite film critics, whose feminist lens is inscrutable, penned this funny little meditation on what it means to believe in the movies—in her case, the Wim Wenders classic Paris, Texas. “O Faded blondes and busted bombshells and disappearing man children and cardboard movie stars floating above our highways. Say amen, somebody.” It’s a riff that gets at the heart of the magic of a darkened cinema.

I live in Chicago, where there are approximately 160 street fairs or music festivals between May and October every year (no hyperbole, that’s an official figure). In the summertime, reading the “Missed Connections” on Craigslist from half-drunk, concert-going randos is a constant, cheap source of laughs. (Peruse them the Monday after Lollapalooza, and the things that have transpired as connections—or not—between strangers is next-level). Anyhow, it turns out some of the best ones from this week, the one after Pitchfork Music Festival, made the internet rounds. Despite thinking, “These are just too ridiculously wonderful to be true,” I suspended my disbelief. But alas, the ruse was revealed in this week’s edition of the Boston-based, feminist-run news-zine the Media. 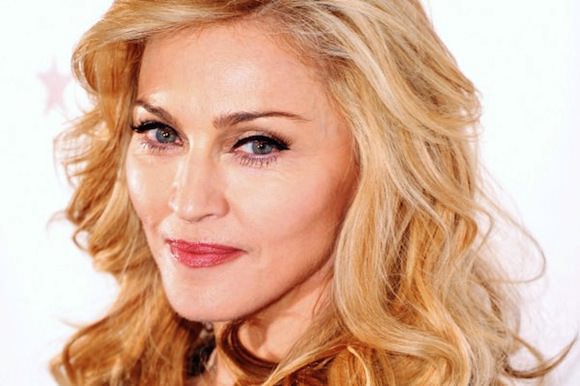 Rebecca Harrington’s various test-runs of celebrity diets for the Cut have had her eating some of the most bizarre foods one can imagine—a baked puree of celery, nuts, and milk for the Garbo diet; steak with peanut butter for Liz Taylor’s; expensive-vegan-everything in the Gwynnie diet—and have had me snorting with LAFFS the whole way through. This week she tried Madonna’s extreme macrobiotic diet along with some punishing and equally extreme Madonna-branded workout DVDs. I know that doesn’t sound funny at all, but I was cracking up to the point that everyone else in the room got so annoyed that they got up and left. Harrington also throws in salient links to some of the really classic, bitchy Madonna interviews throughout history. It’s kind of a twofer in that way.

And amid all the chuckles, there was this: Patricia Lockwood, who is a poet of some renown these days (rightly so), and who is especially good at Twitter, had a (TRIGGER WARNING) poem entitled “Rape Joke” published Thursday at the Awl. Normally, Lockwood makes me laugh, and so, because of the title, I wondered where she might be going with it. And over the course of the poem, she does more for the “rape joke debate” than any hectoring tweet, any straight explanation of why shit is not funny, or any recitation of the familiar one-in-five stats. She uses the lingua franca of comedy as the weapon, and her poem does that thing that poetry does when it is at its exceptional best—when it gets at a truth that is accessible no other way. I bawled my way through it. I cried because of the sheer grace of the work, and also for all the parts that are also the stories of friends and women I love and have known. ♦