Real-life underwater fantasy worlds, a secret in a Chris Ware story, St. Vincent’s lesson on how to shred, and more. 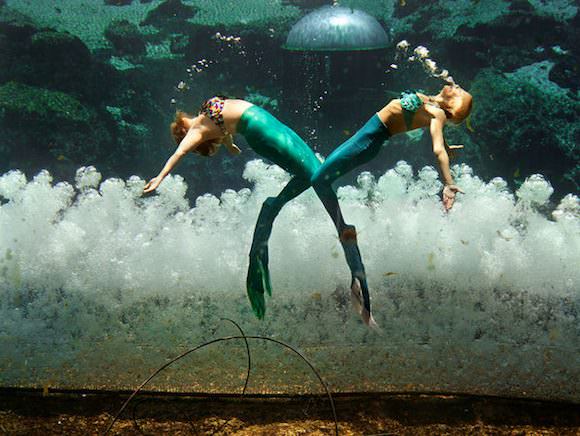 In a lovely piece for the New York Times Magazine, Virginia Sole-Smith headed to Florida’s Weeki Wachee Springs, where real-life “mermaids” have been performing underwater theater for more than 60 years. It’s a marvelous look at a rare and beautiful “Old Florida” art form that still manages to fascinate, even in the shadows of flashier attractions like Disney World and Universal Studios. The whole story is super dreamy and filled with nostalgia and magic, plus a little weird Americana and a lot of pride from the women who play the ’maids. It will make you want to leave your life behind, slip on a gorgeous tail, and dive into the depths of an artificial, almost-otherworldly sea.
Rose 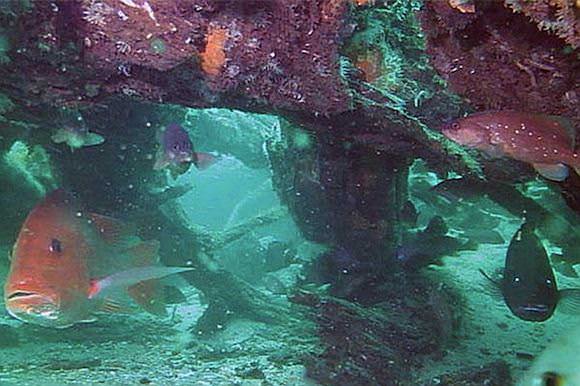 Elsewhere under the sea: Scuba divers discovered a sunken primeval forest off the coast of Alabama! It flourished during an ice age 50,000 years ago, when the sea level was much lower than it is now, and its Bald Cyprus tree stumps and logs have been buried by sediment since then. It’s crazy to think a forest has just been chilling in the Gulf of Mexico all this time. Scientists think it was likely uncovered by turbulent waters during Hurricane Katrina in 2005, and a dendrochronologist (a scientist who studies tree rings) recently confirmed that the stumps, some of which are “the size of trucks,” are in fact thousands and thousands of years old! I know I’m always getting excited about underwater discoveries, but c’mon: Can you really blame me? A landscape from before recorded time, lost at the bottom of the ocean?! Like the mermaids, it also sounds absolutely magical—an assumption that seems to be confirmed by a diver who reported that swimming “amidst these stumps and logs, you just feel like you’re in this fairy world.”
Danielle 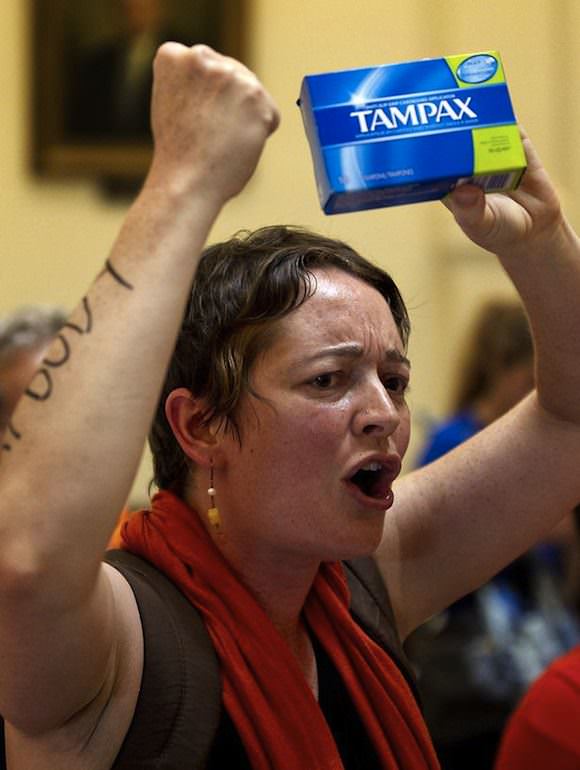 A protestor at the Texas State Capitol.

Despite state Senator Wendy Davis filibustering like a mutha effah, Texas senators voted Friday to pass a bill that would effectively close all but a few of the state’s abortion clinics. Thousands of people rallied, and to further prove how little the Texas Senate majority seems to think of women’s ability to care for their own bodies, security temporarily confiscated tampons, as they were seen to be a “threat.” You guys, the war on women is real.
Tavi 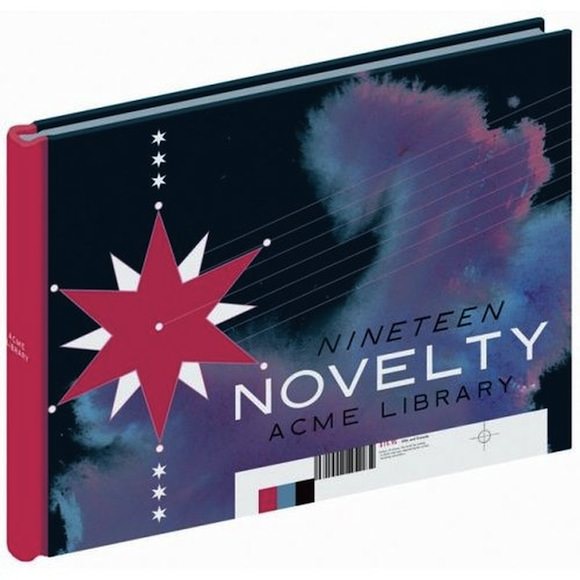 You know there’s nothing I’d rather do than pick apart a Chris Ware story detail by detail, so I loved the Comics Journal’s analysis of Ware’s 2008 story Acme Novelty Library #19. The article was written by Ken Parille, who also edited The Daniel Clowes Reader, and both this analysis and the Clowes book are making me understand comics in a completely new way. WHO ARE YOU, KEN PARILLE? I love you. Also, I would like to point out that the recurring red dot in Ware’s #19 is a continuous part of the main character’s consciousness in Acme Novelty Library #20 (a.k.a. Lint). Ooh.
Stephanie

I love young adult fiction. I write it, and it’s been practically all I’ve read for the past five or six years. The reason I got into YA was because I was on the hunt for stories about characters who struggled with some of the same things I did—characters who were different and outside the mainstream. That’s why it was so disappointing to learn that, so far this year, only 5.27 percent of the main characters in YA and “middle-grade” fiction have been nonwhite. People have been talking about this issue and pointing readers toward great books with more diverse casts of characters: xoJane just did a roundup of six of their favorite titles and authors Malinda Lo and Cindy Pon have a regularly updated Tumblr that celebrates “young adult books about all kinds of diversity,” including race, sexual orientation, gender identity, and disability.
Laia

This past Wednesday, Jay-Z did a six-hour performance/performance-art piece at an art gallery in New York for the as-yet unreleased music video for his song “Picasso Baby.” Instagram and Vine were buzzing with stills and clips from the event, and I was super stoked, but it wasn’t until I saw this Vine of Jay and the performance artist Marina Abramović facing off, forehead to forehead in dance, that my mind was really blown. The next day, I read art critic Jerry Saltz’s review of the performance at Vulture, and then I fell even MORE in love with the whole thing. I can’t wait to see the final product. In the meantime, I’ve been listening to Jay-Z’s new record Magna Carta…Holy Grail on repeat because it’s just so, so good.
Jamia

Over the years, I’ve seen cancer devastate loved ones in countless agonizing ways. That’s why 15-year-old Jack Andraka’s TED talk about inventing an affordable and effective test for pancreatic cancer brightened my week. Andraka’s self-described “teenage optimism” and commitment to transforming lives inspired me to think about how curiosity and creativity might serve the world. And he is living proof that adults should listen more often to teens—you never know when they might save a life.
Jessica

I really love the particular thrill of a bulletproof feminist takedown that—after a particularly salient paragraph—makes you want to high-five the authors like it’s kickball and you’re pummeling the opposition. That is how Moira Weigel and Mal Ahern’s essay this week at the New Inquiry, “Further Materials Toward a Theory of the Man-Child,” felt for me. It’s pretty sardonic and sprawling, covering institutional misogyny, sketchy bros ranting on OkCupid, anarchists with stale ideas about women, Marxism, philosophy, and New York Times trend pieces about working women, but the nugget is here: “The real enigma of our age is not the Young-Girl, who, we submit, has been punished enough already for how commodity culture exploits her. It is, rather, her boyish critic. Forms of crypto- and not-so-crypto misogyny have proved startlingly persistent not just within the radical left but also in the bourgeois-left spheres of cultural production: the publishing world, the museum, and the humanities departments of liberal-arts universities. We propose that a particular type is responsible for perpetuating such bad behavior. Call him the Man-Child.”
Lena

On Tuesday, Noisey posted the latest episode in its “Guitar Moves” series, this time featuring Annie Clark (otherwise known as St. Vincent) giving an informal yet totally awe-inspiring lesson on how to shred. She shreds the hardest; class dismissed. ♦