A 16-year-old who makes beats for Jay-Z like it’s no big deal. Plus: the mysterious Prince, the lovable Bobby Hill, and a Goldberg machine powered by dogs. 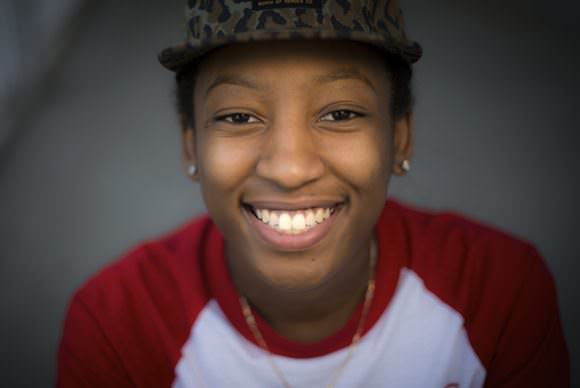 Ebony “WondaGurl” Oshunrinde is a 16-year-old Nigerian-Canadian record producer who started teaching herself to make hip-hop beats when she was nine, after she saw a video of Timbaland and Jay-Z making music together (maybe this one, from Jay’s “retirement” movie Fade to Black?). Fast-forward to this week, and now it’s WondaGurl who’s making the Jay-Z beats. She co-produced the song “Crown” on the just-released Jay-Z album Magna Carta Holy Grail, and the beat—full of snarling bass and a sample of the reggae artist Sizzla—is one of the best on the record. Obviously, this is a big deal to her—she told the Toronto Star that “usually that doesn’t happen to 16-year-olds”—but let’s face it, she’s an old pro at this: Last year, she was the only girl competing in Toronto’s “Battle of the BeatMakers,” and she won the entire thing. WondaGurl skyped into MTV this week to discuss making the Jay-Z beat, and it’s so cool how chill and professional she seems to be about everything. 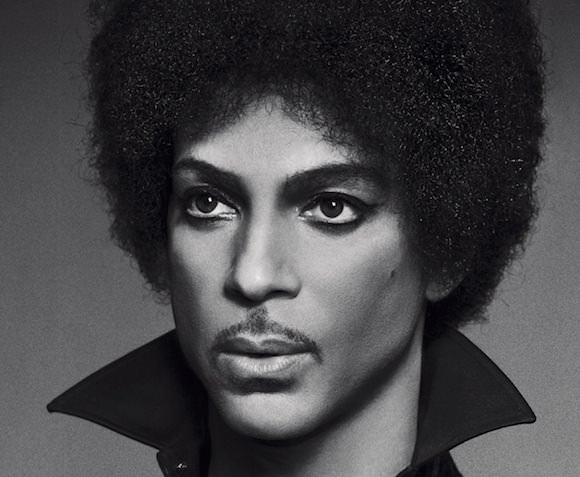 The mysterious Prince is on the cover of V magazine looking AMAZING. (THAT FACIAL HAIR)! In the accompanying interview, which is partially excerpted on the magazine’s website, he hates on cell phones, compares his music to a “galaxy,” and lists the artists he likes to listen to most, all of which are women, thankyouverymuch.

Apparently, every year in Finland someone makes a new song that promotes contraception to teens! This year’s, by the Finnish rapper Cheek, is a chart-topper and totally weird. The lyrics (based on what I read about them at This is Fake DIY; I don’t speak Finnish) are slightly slutshame-y, which is off-putting and kills the message for me, but go Finland!
Krista 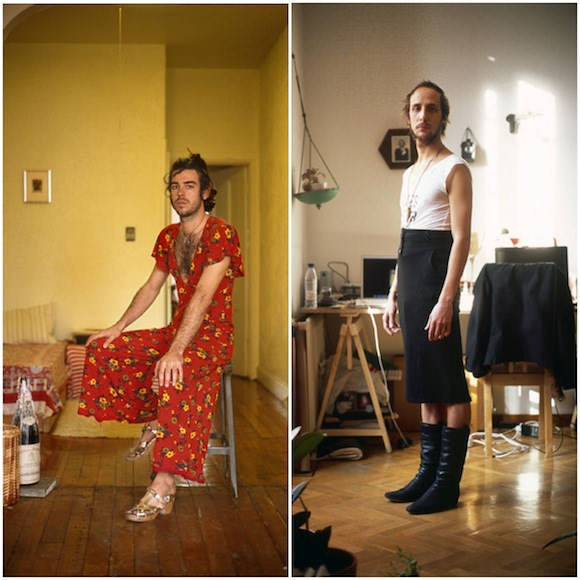 I really like these portraits by the Spanish photographer Jon Uriarte, posted this week at Feature Shoot, of guys wearing their girlfriends’ clothes in the places they live with their girlfriends. This is not because I’m interested in the photographer’s supposed intent to make “images that [show] not only the equality of balance in heterosexual relationships, but also the feeling of confusion the male may be experiencing with this change.” I couldn’t give a shit less about anyone’s confusing feelings re: equality. I’m actually interested in these pictures because I think a lot of the dudes are KILLIN’ IT in their girlfriends’ clothes. The fact that the men are looking good—real good—in women’s clothing gives us a nice opportunity to stop and think about how stupid it is that clothing is so gendered in the first place. I mean, that red ruffled playsuit? Dude is rocking it so hard I don’t want to see anyone else in it. Bearded guy in his girlfriend’s black high-waisted skirt and knee-high boots? That should be your new uniform, sir. Fuck what boys are “supposed” to wear. You look amazing, BBs.
Danielle

I am a HUGE fan of jokes that take forever to pay off, so this teacher who wore the same outfit for school picture day 40 YEARS IN A ROW is number one right now in the book of GREAT IDEAS.

I played many games of Mouse Trap as a kid, and have always thought that Rube Goldberg machines (devices that use chain reactions or other complicated processes to achieve something that seems really simple) are fascinating. I generally do NOT care about commercials, but thanks to the combination of engineering and dogs, my favorite things on the planet, I have watched this puppy-powered Goldberg machine clip about 95 times since yesterday. 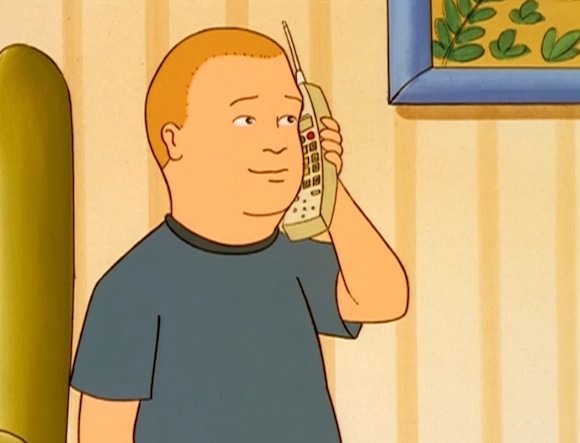 I watched the animated series King of the Hill religiously with my dad for years and years, but the A.V. Club’s list of “10 episodes that made King Of The Hill one of the most human cartoons ever” made me appreciate how relevant it still is, three years after its 13-year run ended. If you never got around to watching the cartoon, the article is a great intro—especially to some of Bobby Hill’s finer moments. I still go back occasionally and fawn over Bobby; Bobby is the best. (People at the Academy of Television Arts & Sciences seem to think so, too, because, as the A.V. Club points out in the article, the “And They Call It Bobby Love” episode won the show’s only Emmy.)

Some months ago, an email from an unnamed sorority president at the University of Maryland was leaked to Gawker, and it supplied me with enough insults for the rest of my high school career and also for my career as a professional asshole. (Seriously, I’m sure we will all see some version of “cunt punt” in the next season of Veep.) In any case, now the email writer gives dating advice! See the madness here. 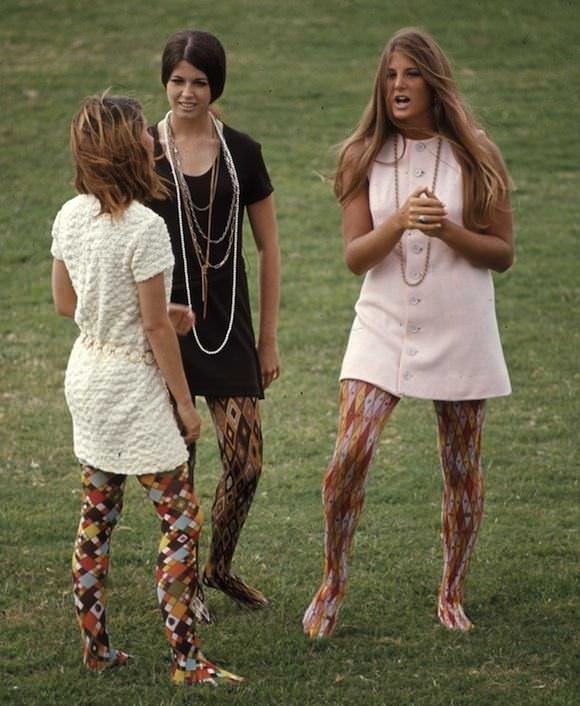 And on Buzzfeed, photos of teenagers at school in 1969, like the one above, are making me feel like I’m doing summer all wrong!
Suzy X. 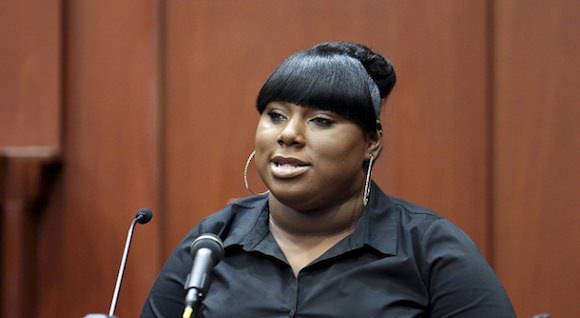 Rachel Jeantel, 19, has been making headlines as the star witness in the ongoing case against George Zimmerman, who is on trial for murder after killing 17-year-old Trayvon Martin in Sanford, Florida last year. Jeantel was the last person in contact with Martin before his death, and her testimony has proven to be one of the most—if not the most—crucial in the case so far. And as if Zimmerman’s attorney didn’t bully her enough on the stand, people on social media and in the regular media have ripped Jeantel apart for her appearance, the way she talks, and her (understandably!) emotional responses to questions about her friend’s death (Amy Rose wrote about this in more detail last Saturday). Jeantel hasn’t been able to respond to any of the criticism because she’s under subpoena, which means she can’t talk publicly about anything related to the case. But this week, Black America Web posted the transcript of a heartbreaking interview commentator Roland Martin conducted with Jeantel’s attorney Rod Vereen that provides some insight into her close friendship with Martin, who Vereen says was one of the few guys who didn’t tease her. In a case that SHOULD focus on what happened on one night alone, it seems totally unnecessary that Jeantel—and Martin—should be so heavily scrutinized. Vereen helped bring the discourse back down to earth.

On Tuesday, Strife TV posted this video of the all-girl, Paris-based dance crew Zamounda Crew showing off their bonkers moves in subway stations, city parks, and THE SNOW. They not only make it look like the easiest thing in the world, which is 100 percent an illusion, but also the most fun (100 percent true—as far as I can tell). ♦