I will never be this mysterious and sophisticated.

Literally the Best Thing Ever: The Bachelor(ette)

The Cool Older Sister is an unknowable creature who thrives in her natural habitat, a bedroom plastered with posters of bands that you’re not cool enough to listen to, talking over her own personal phone with her boyfriend, whose name is probably Rider. She subsists on a diet of tiny, forced bites of mom’s homemade meatloaf, trendy vegetarian food, and cigarettes secretly smoked in the girls’ bathroom. Her favorite hobbies are sneaking out of the house at night and reading feminist literature.

I will never be a Cool Older Sister. I’m the youngest person in my family and will remain so forever unless my empty-nest parents decide to adopt in the near future, which is unlikely. I will never have any impressionable young minions following me around. But even without those reasons of time and biology, I will just never be a Cool Older Sister, because (1) no matter how old I get, I will ever reach her level of sophistication and mystery, and (2) the capital-C, -O, -S variety of this species of human exists only on TV, specifically TV shows of the 1990s. Here are four of my favorite COSes. 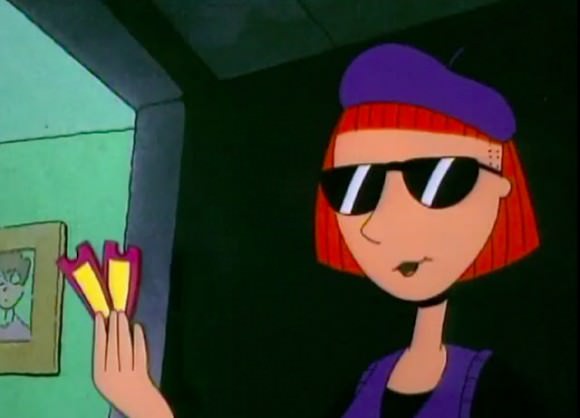 Judy is older sister to Doug Funnie on his namesake show. She’s usually made out to be a total freak, but that’s only because the whole town of Bluffington is a bunch of SQUARES and she really knows what’s up. An aspiring actress and a true beatnik, Judy is never without her signature dark sunglasses and beret, even when she’s doing karate. Her head is even partially shaved, which is basically the equivalent of flashing the anarchy symbol for children’s television. Unlike Doug, Judy doesn’t need a whole 20-minute storyline to figure out her feelings—she’s not afraid to make her opinions known, even if that means performing her own original poetry at a school assembly to get people to listen to her. 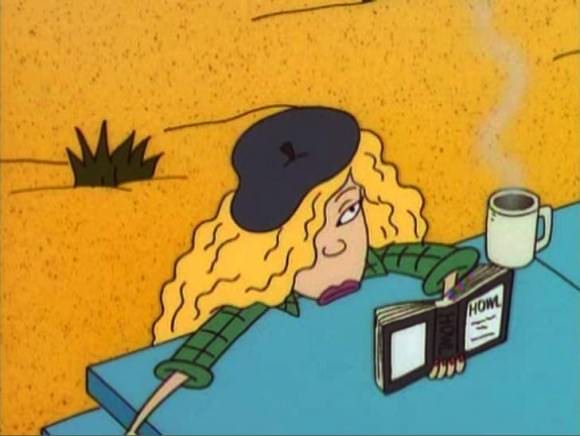 Debbie often gets a bad rap as the shallowest member of the titular family on The Wild Thornberrys, mostly because she resents her parents’ decision to avoid a traditional suburban lifestyle in favor of being nomadic wildlife explorers. I know that sounds so cool, but, look, she just wants some normalcy. Imagine how hard it is to make friends when you have to constantly move from wilderness site to wilderness site in a trailer with your family and their pet chimp. Despite the fact that she has easier access to the actual Amazon than she does to Amazon.com, Debbie still succeeds in keeping up with the trends better than most girls living in civilization. She somehow she manages to have a new issue of Teenage Wasteland with her at all times even though the family has no permanent address, and she manages to keep her wildly curly coif looking perfectly geometrical with the help of her own homemade shampoo. Plus, her sarcasm game is unbeatable (“Excuse me while I go find a container for my joy”). 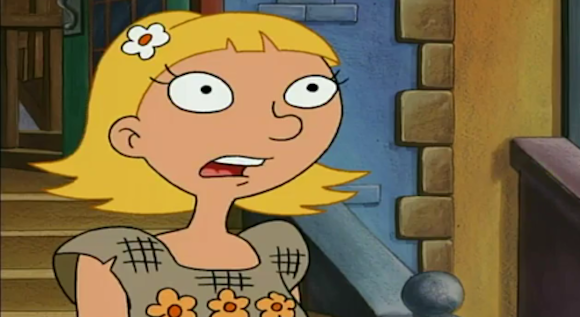 You know how when you’re little you imagine that being a teenager will be so glamorous? In your mind you won’t have acne or bad hair or sweat glands, just really coordinated outfits and smart boyfriends/girlfriends and admirable goals. And then you discover that most people over the age of 75 don’t even have those things? I blame characters like Hey Arnold!’s Olga Pataki for that crashing disappointment. The feminine and polite older sister of cynical tomboy Helga (a very cool girl in her own right), Olga shines as a straight-A student and volunteer to the community. She’s so perfect you almost want to gag. But she proves that Cool Older Sisters are, deep down, just like us. When Helga gets jealous and secretly adds a B+ (gasp) to Olga’s college report card (lol), Olga cries for days and reveals that she’s sick and tired of being the perfect child, or, in her own words, a “wind-up doll.” Which is kind of the universal experience of being a girl, isn’t it? 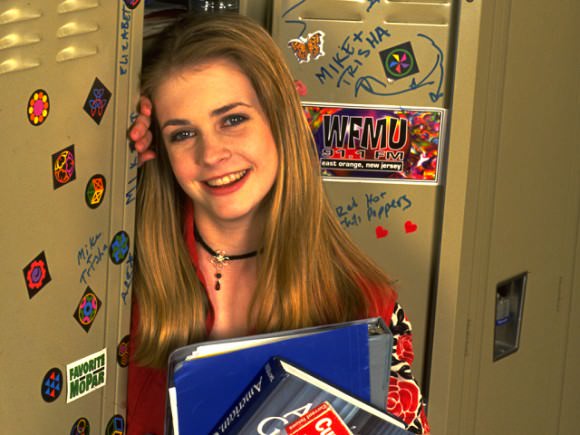 Ughhhh I actually feel a little upset that I probably never be as interesting as Clarissa. For one thing, she basically invented classic Cool Older Sister style. A basic rule of the COS handbook is that you must always wear things that would look ridiculous on anyone but you. A peasant blouse and bike shorts? Have at it. Oversize leopard-print button-down with a floral-print vest? THE WORLD IS CLARISSA’S FASHION OYSTER. Another basic requirement of being a ’90s COS is a deep-rooted love for grunge music—Clarissa name-drops the Violent Femmes and Pearl Jam throughout the series. Unlike most other shows about figuring out the ins and outs of growing up, where the Cool Older Sister was a mysterious figure who flitted in and out of the protagonist’s life, Clarissa Explains It All made the COS its star. They even made a special-edition VHS commemorating all of the fights she had with her little brother.
Here’s to all the Cool Older Sisters of the ’90s. May they always make time to give us advice and braid our hair, and then dramatically sneak out the back window to do way more important things than we ever will. ♦