Literally the Best Thing Ever: The New Clones

The may look alike, but that’s where the similarities end.

Fake Your Own Céline Bag 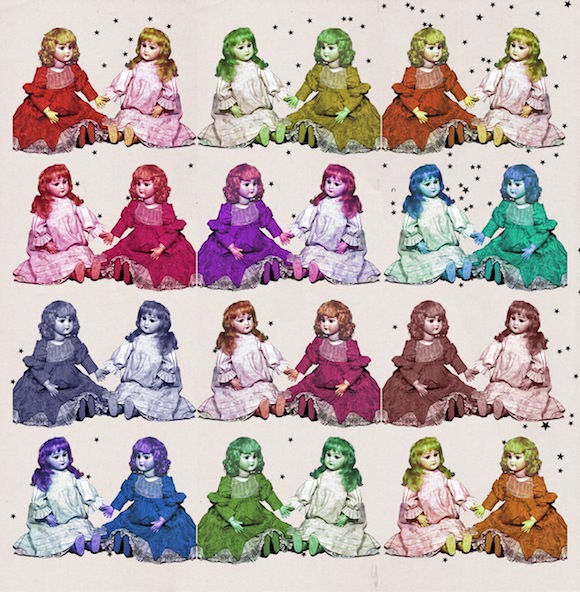 The first episode of Orphan Black, the new sci-fi series on BBC America, opens with its lead character, a British punk named Sarah Manning, waiting for a train, hoping to dip into Toronto to see her young daughter without running into her obsessive drug-dealer ex-boyfriend. She gazes across the platform and sees a woman who looks exactly like her. Granted, the other woman is clean-cut and conservatively dressed, wearing a professional skirt and minimal makeup while Sarah’s in a greasy-looking T-shirt and smudged eyeliner, but there’s no mistaking that they have the exact same face, hair color, body, build. They lock eyes, and Sarah watches, transfixed, as her doppelgänger puts down her purse, removes her sensible pumps, and throws herself in front of an oncoming train, killing herself—and derailing Sarah’s plan to visit her kid. Instead she decides to switch identities with the dead woman.

At first you think the show’s gonna be a run-of-the-mill mystery procedural, where Sarah will try to find out about this long-lost, suicidal twin, and about their secret shared past. But she soon discovers that the mysterious doppelgänger was not a sister but a clone—and one of many at that. And that’s when the show gets really good, morphing into a fast-paced exploration of self-identity, as Sarah tries to figure out not only who she is, but why. Her decision to take on the stranger’s identity is an attempt to escape a dastardly past, not to mention her abusive ex.

The stranger’s name turns out to be Beth, and with her name Sarah inherits not only a super-nice apartment, a hot boyfriend, and a luxury car, but also a whole slew of clone-sisters who are being targeted by a group of conspirators who want them all dead. The clones look alike but all have different personalities—so far there’s a soccer mom, a hippie science nerd, a Russian spitfire, and a cop, all played brilliantly by the Canadian actress Tatiana Maslany—but none of them know where they came from, or why their genetic structure is exactly alike.

Orphan Black is addictive and funny, but also terrifying. Clones abound in science fiction, where they usually aim to tell us that we’re not all special, unique snowflakes but rather pawns in some devilish mastermind’s freakish plan. Even if you are a twin, triplet, or otherwise part of a split-zygote sibling posse, the concept of having other people out there who look exactly like you can be creepy, especially if you don’t even know they exist. The origin of that fear boils down to a really basic philosophical problem: Are we who we THINK we are?

The terror is always more complicated when the clones we see on the screen are women and girls, because it plays into a patriarchal society’s fundamental unease of women—multiple women, at that!—who might seek vengeance or otherwise pose a “threat” to the status quo. It also amplifies women’s own fears of being cast out, erased, or made otherwise irrelevant, as has been done to us so often throughout history. As a result, there are a lot of movies and TV shows about women and girl clones, and many of them have a sheen of fear. The X-Files did an episode about clones that featured seemingly orphaned little girls who were actually government-created clones initially meant to be an army of little Jason Bournes during the Cold War; when the Soviet Union collapsed, the soldiers were sent out into foster homes, a glitch occurred, and they became killing machines. The pre-teen “Eve” clones are actually homicidal maniacs who kill their parents!

Similarly, the 1982 HBO film Anna to the Infinite Power features a group of women cloned in Nazi experiments, and it terrified me when I was a kid. The “Annas” don’t do anything wrong, but an evil mastermind wants to eliminate them and start over anyway. One of the most famous examples of creepy cloned ladies is the 1975 classic The Stepford Wives, a movie that turned women’s growing resistance to a Betty Draper–esque life of domestic drudgery and submission into the horror story that on some level it must have felt like. In the movie (based on a book by Ira Levin, who also wrote the feminist horror story Rosemary’s Baby) Joanna, a cool, arty newlywed moves from New York City to the suburbs with her husband and discovers that the young women in her neighborhood are interested only in homemaking duties, like cleaning, cooking, and pampering their husbands. Before long, it’s revealed (spoiler ahead) that the wives are being OFFED and then CLONED as robot-slaves by their evil, anti-feminist husbands! This is obviously a scary thought now, but imagine how scary it must have been in the mid-’70s, just as women were making strides toward employment rights and financial independence? It wasn’t so long ago that women would have been hemmed in for falling out of step; Sylvia Plath was institutionalized for being too advanced for her time, while the women’s-suffrage activist Victoria Woodhull was arrested in 1872 and accused of prostitution. When we see copies of copies of copies of women in clone shows, the message is that women can easily be replicated and replaced if we step out of line.

But that’s what makes Orphan Black so great. Sarah Manning and her cool alpha counterparts are all worried about the effects of cloning and whether or not some Illuminati-style overlords are going to murk them out, but more essential to the story is that they band together to form a weirdly realistic sisterhood. And unlike many other representations of girl clones, the women in Orphan Black have distinct identities. The show puts faith in nurture instead of nature; in that sense, it gives me a lot of hope for the future of girl-clones in science fiction. It sends the message that we are not cookie-cutter, we’re not replaceable, and if you try to snuff us out for being deviant or forming a powerful girl-crew? You might get a Sarah Manning fist in your facepiece. ♦