Literally the Best Thing Ever: The Bachelor(ette)

There are real feelings here, in this unrealest of worlds. 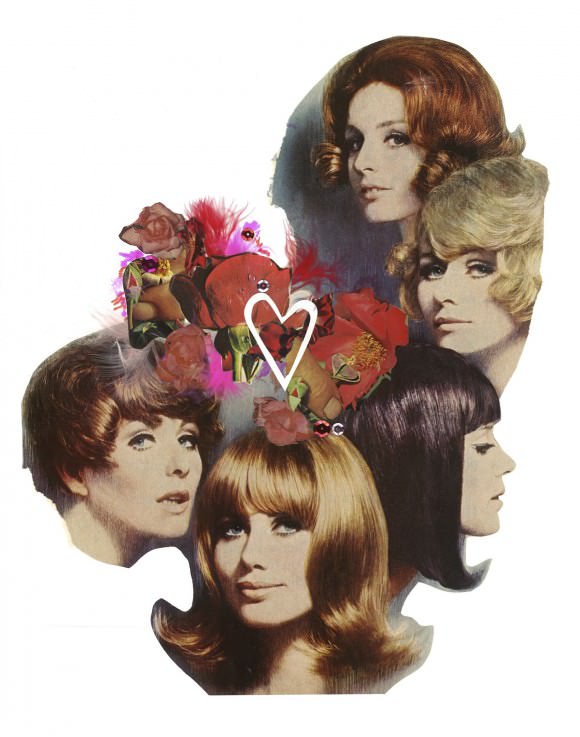 Most Monday evenings, you can find me glued to the television, watching The Bachelor or The Bachelorette. If you’re not familiar with this franchise, these are the basics: One good-looking white person with nice teeth is chosen as the Bachelor or Bachelorette, and then 25 potential paramours for that person move into a giant McMansion together. The suitors and the Bachelor(ette) then go on a series of expensive, outlandish dates (repelling down the side of a building is a big one) and week by week, suitors are sent home by limousine. Eventually it comes down to two of these hopefuls, and the men left standing (whether they are the Bachelor or suitors of the Bachelorette) select engagement rings and a proposal is made. Then some dreamy music plays and we’re all supposed to believe that everyone lives happily ever after.

If this strikes you as a breathtakingly stupid way to go about finding a life partner, you’re right. Out of 26 seasons, only three of the “winning” couples got and stayed married. Lots of the “winning” couples get engaged, but so few of them follow through that it’s hard not to be cynical about the process. When I say hard, I mean impossible. And yet I am willing to devote many, many hours of my life to watching these shows, and every single time I find myself rooting for love to somehow conquer all.

Some of my friends find these shows deeply trashy and/or disturbing and/or insipid, but I disagree. They certainly stretch the definition of reality—the contestants’ jobs, for example, are usually listed chronically as “dental student,” “cocktail waitress,” “bridal stylist,” and the like, which seem totally made-up, especially when applied to people whose perfect teeth, cheekbones, and abs (not to mention their willingness to “find a life partner” via televised competition) betray more-showbizzy aspirations. On the other hand, those do seem like plausible day jobs for aspiring young actors and spokesmodels. And I will concede that most of them could really use a thesaurus—I would love for someone to count the number of times per episode people say “amazing” and “awesome”—but they’re also just people making small talk over and over again with a group of strangers. I think we all fall into lazy speech patterns in situations like that. As for whether The Bachelor and The Bachelorette are “trashy” or “good,” I’ll admit that the scenes I loved most in War and Peace were the dinner parties, so judge me all you want, but I think this stuff is timeless gold, and here’s why.

1. Characters
As a fiction writer, there is nothing I love more than a good character. When I say “good,” please note that I don’t mean nice, or sweet, or someone I would like to spend time with. Good characters are complicated and unpredictable. The Bachelor is chock-full of such people—the weepers, the creepers, the sadsacks, the fakers! Take, for example, Kasey Kahl, a suitor of Ali Fedowsky in season six of The Bachelorette. On his first one-on-one date with Ali, Kasey did two things that will forever earn him a place in the franchise’s hall of fame: (1) He composed and sang an original song narrating the date, seemingly unaware of his utter lack of talent in such matters and of how awkward the moment would be…

…and then he got a six-inch tattoo in Ali’s honor.

At that point in the season, there were about a dozen men left. Can you imagine if you were dating 12 guys and one of them got a tattoo that signified that he was going to “guard and protect your heart”? You would call the police. So many people on this show possess a daffy lack of self-awareness that I sometimes envy—I was plagued by self-consciousness when I was their age, which is to say in my 20s, which was not long enough ago that I’ve conquered that beast. These guys always think they are coming off well, even when they are asking girls they have just met if they will “accept these abs.”

There is something about characters whose idea of themselves is so radically different from the way the rest of the world sees them that is totally fascinating (see: Hannah Horvath, Mindy Lahiri, Michael Scott, Kenny Powers). That’s why I continue to watch, even when the Bachelor or Bachelorette in question seems about as interesting as a lump on a log (Judd Apatow’s tweet about Bachelor Brad Womack: “He is the new Ron Burgundy. He has no sense of humor. Nothing he says is a joke ever.”). The show also occasionally spices up the cast with someone with an intriguing job—a funeral parlor director, a winemaker, a tailor/magician. Aren’t you curious about what those people are like? I am.

2. Making Short Term Choices
I believe that a small number of people who go on these shows do want to fall in love. They talk about their hopes and dreams, their “journeys,” incessantly. Despite this, The Bachelor will always, always, always forgo a seemingly stable/nice girl for the one with the most overt sex appeal. (In real life, of course, these qualities often coincide—but the producers of this franchise like their conflicts black-and-white.) Ben Flapjack (fine, his name is Ben Flajnik, but I like pancakes) picked a model that all the other women warned him against, a woman who took the opportunity to stage a mock wedding on one of their dates.

Bachelor Jason Mesnick chose one woman at the finale, about whom he would later tell Jimmy Kimmel, “the way she looked, I would say, was exactly what I was looking for,” then came to his senses (conveniently, right during the reunion special!) and traded her in for someone he seemed to have a real connection with. He and that second woman, Molly Malaney, are married now. They had their first baby four months ago.

I haven’t dated very many people, because I met my husband when I was 22, and I think part of the appeal of shows like this is the idea that one man or woman has all of these CHOICES literally lined up in front of them. They can choose capriciously (hair color is often the deciding factor) or carefully, based on conversations and dates that week, but they always get to choose. Whomever they don’t want to go out with anymore has to leave immediately, but everyone else hangs around and drinks some champagne. Do these choices mean that the Bachelor or Bachelorette will eventually find meaningful happiness and companionship with one of the contestants? Not likely. But it is interesting to watch people decide whom they think they might someday fall in love with, as if you can tell such things after a two-hour hang-gliding date. And hell! Sometimes you can!

3. The Unreality of Reality
The fact that there are zero people of color on these programs is not funny, nor does it reflect the population of our country. I’m exaggerating only slightly: There are usually two nonwhite suitors in the McMansion, but the Bachelors and Bachelorettes have always been white. That’s a divergence from actual reality that I do not enjoy.

But watching two people who just met go on a “first date” in which they fly in a helicopter over a volcano, swim with dolphins, and sip mimosas on the beach, and then watching them break down sobbing when they aren’t asked for a second date? That is strangely compelling to me. Not the actual tears, because it’s usually the rejected women who cry, and I find that sad! But the fact that obviously, since I’m assuming that most of these people are not highly skilled actors, they are having real feelings here, in this glaringly unreal world.

The Bachelor is a lot like The Truman Show. There are stories happening all the time, in every corner of these McMansions, and it is up to the editors and producers to make sure those stories are interesting enough to capture our attention and to make tabloid “news.” To that end, the producers set up every single date, procure the diamond rings, and even arrange evenings when the potential mates can have sex off camera. (These are the nights spent in the “Fantasy Suites,” which are actually just hotel rooms filled with enough candles to start a five-alarm fire.) The producers are in control, and the contestants are well-coiffed puppets, just playing their parts. It is crazy to me that anyone would submit themselves to this kind of treatment, but every season there are 25 more people excited to do just that. Do any these people truly think they’re falling in love? Would we all be just as easily manipulated in that context? If you flew over a volcano in a helicopter with someone and drank champagne with them by the ocean, would it matter that you didn’t know them very well? Or would you just say, Screw it, this is amazing and awesome and I am otherwise at a loss for words, and start making out like crazy?

4. The Fourth Wall, When Actual Reality Intervenes
Despite all that control from on high, sometimes tiny cracks develop where the real world can shine through. No matter how deftly the show is put together, these are actual human beings, and every now and then they behave as such. These are the moments I’m always waiting for. In season eight of The Bachelorette, Emily Maynard discovered that one of the final suitors had previously dated one of the show’s producers, a woman she had come to befriend. It was the type of situation that happens in real life—someone keeps a piece of information secret, and then the truth bubbles to the top after you’ve developed feelings for them.

My favorite moments on the Bachelor shows are the rarest ones of all: the ones where, against all odds and overwhelming evidence to the contrary, two people actually seem to fall in real love on television. It’s absurd, but love is absurd. My grandparents knew each other for mere weeks before they got married, and decades later, years after my grandmother’s death, my grandfather still referred to her as “my bride.” There is magic in the world. If someone can find that magic by going on TV, I give them my full blessing. ♦