Literally the Best Thing Ever: The George Costanza Method 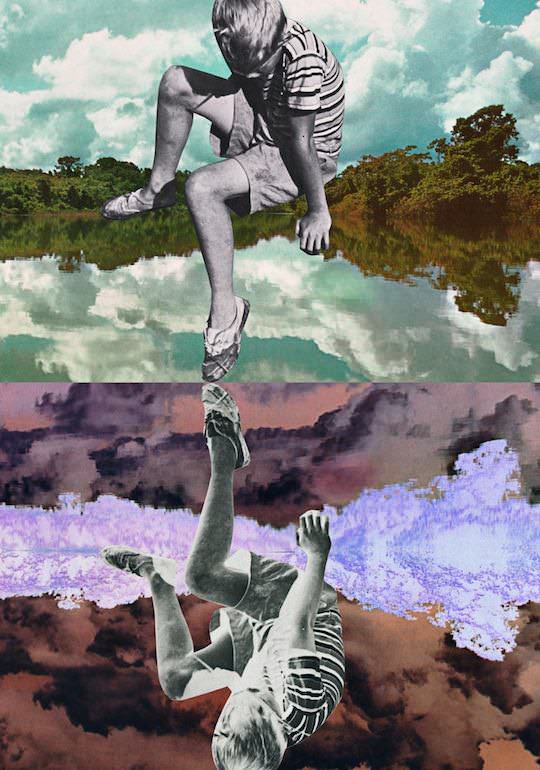 Anxiety and I go way back. I’m the person in class shaking my leg up and down, getting nervous about being in a crowd, or freaking out at an unexpected change in my schedule. Sometimes I get anxious for no apparent reason—my body just goes in to overdrive. My hands shake, my thoughts race, my breathing accelerates, and I find it hard to calm down. Whenever I’m faced with a particularly stressful situation (like being invited to a party—seriously), I tend to fall back on habits that I know will temporarily lower my anxiety (like skipping the party entirely to stay home and watch Archer on Netflix). I have a hard time sometimes distinguishing my instincts (generally self-preserving) from my habits (too often self-sabotaging). This is something I’ve been working on with a therapist, using a technique called dialectical behavioral therapy.

Any time I mention DBT to people they ask me what it is and how it works. I used to say something like, “I am retraining my brain to shed unhelpful behaviors and replace them with helpful ones.” But they would just look at me quizzically, like a dog hearing a high-pitched sound. So I came up with an explanation that anyone can understand: “It’s basically the George Costanza Method,” I say, and I immediately see the lightbulbs going on above their heads. “Of course!” they say, delighted. “The George Costanza Method!”

The George Costanza method was detailed in “The Opposite,” a season-five episode of Seinfeld. Tired of being a total loser, George—who typically ruins every good thing he has by making bad decisions or letting his neuroses get in the way—decides to do the exact opposite of his natural inclinations on every single decision set before him. By the end of the episode he’s got a girlfriend, a dream job with the New York Yankees, and a chance to finally move out of his parents’ house. His technique is essentially a Seinfeld-ian version of DBT—by forcing himself to go against his usual habits by flinging himself into unfamiliar, scary territory, George is giving his brain new kinds of feedback—and those scary situations aren’t so scary anymore, and he can start to trust his own instincts again (after all, the George Costanza Method was HIS idea). The fact that it pays off—proving that George can change, and that his defense mechanisms and self-doubt are truly what are holding him back—just makes everything funnier, because we viewers are primed to see George fall flat on his face.

Whenever I’m in a situation where self-doubt starts creeping up and I begin talking myself out of trying new things, or seeing people, or doing anything remotely social, I try to think of Opposite George. Sitting on the couch and avoiding that party for the 200th time is a relief at first, sure, but it always leads to a little bit of regret and it definitely makes it harder to go out the next time. Avoidance is the sneakiest trap there is: You think you’re protecting yourself, but you’re really just adding more distance between yourself and the outside world, and the farther away you get, the easier it is to fall into depression, anxiety, and isolation. Taking the risk—pulling a George—is a way of closing that gap, facing those fears, and making them a little less scary in the future, even if you only show up to the party or whatever for 15 minutes, talk to no one, and run home. At least you went, and at least you tried, and that’s a crack in the glass case of isolation that will help you eventually finally break through completely in the future.

I actually used the George Constanza method recently while on vacation with my family. We were by the shore, and everyone jumped into the ocean and swam through the waves. Though I’m a strong swimmer, I’ve been afraid of the waves since fourth grade, when I was sucked into an undertow and thought I was going to drown. My typical approach to the ocean is to get my toes wet and then scurry back to the safety of the sand, but after seeing my entire family have so much fun in the water, I decided to do the opposite and face my fears head on. I dove into the waves, and even though I was knocked down a few times, I got up laughing. I eventually made my way out of the water, happy that I didn’t let a decades-old fear override the lovely experience of splashing in the waves.

The George Costanza Method can be applied to simpler things, as well: In that episode, for example, George decides to order the “opposite” of his typical lunch (tuna on toast). Employing the George Costanza Method at restaurants can open you up to things you maybe never imagined you’d try. Using it at school might help you find an eye-opening class you thought you’d never sign up for. Using it with people may help you make friends you assumed had nothing in common with you. It’s essentially a challenge to break out of a rut, to try something different, to question your choices and push yourself to expand them. It’s not guaranteed to work, but it will definitely encourage you to be an active participant in your own life, to say yes when something sounds absurd, and to trust yourself enough to be daring. ♦

anxiety do the opposite george costanza instinct seinfeld