Success Is Sweeter Than Ever 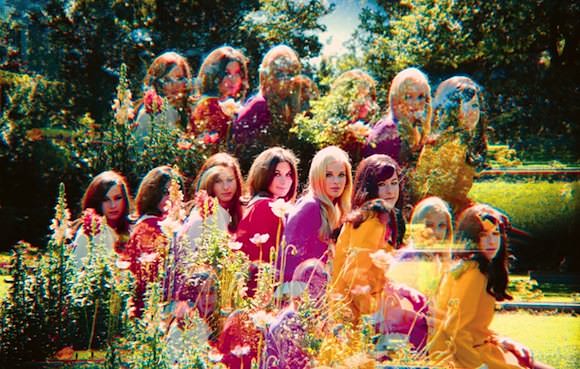 Sisters Joan and Alex Sliwin and their friends Laura Polkinghome and Marsha Jo Temmer grew up obsessed with music in 1960s Detroit. They formed a girl group, called themselves the Mama Cats, and headed west to chase their dream of pop-music stardom.

In L.A., they slept on Temmer’s grandmother’s floor and started calling record labels, trying to get an audition. They finally landed one with the producer Lee Hazlewood (best known for writing and producing Nancy Sinatra’s “These Boots Are Made For Walkin’”). They hitchhiked to his office and sang for him and were signed immediately. Hazlewood renamed them Honey Ltd. and started recording them singing what they were told were one-off singles, but which Hazlewood turned into their first album, 1968’s Psychedelic Folk Essentials.

Due in part to mismanagement and a lack of support from Lee Hazlewood Industries, the album sold poorly. But the girls weren’t fazed, since they didn’t even know they were making one until after it had been pressed—they never even got their own copies! You can’t be too disappointed when you lose something you never knew you had. Honey Ltd. was subsequently dropped from the label. And that was that. Until this moment.

Since its release, Psychedelic Folk Essentials has become a cult classic and a collector’s item—the original vinyl goes for like $2,000. But now we can all listen to the band’s dreamy, psychedelic songs—Light in the Attic Records is reissuing the whole album on July 23. Here’s a preview of one super-catchy track, “For Your Mind”:

Hopefully this reissue means a new generation will discover them, and these lilting harmonies will get a new life and carry on.

And finally, a little “Where Are They Now?”: Getting close to “making it” and then having the dream vanish before your eyes has broken up many a band, even some with bona fide hits. But not Honey Ltd.—the women are still friends, and Joan and Alexandra are still performing together as Like Honey. Which just goes to show you how much stronger unity, sisterhood, friendship, and pure love for what you’re doing are than any material notions of success.

In February Marsha Jo Temmer told the Guardian, “So many things to experience and learn and humbly let go of in this journey. Our friendship is based on love. We love each other…always have… always will.” ♦