Our favorite surf-rocker shares some of her favorite things.

Where Am I Going? 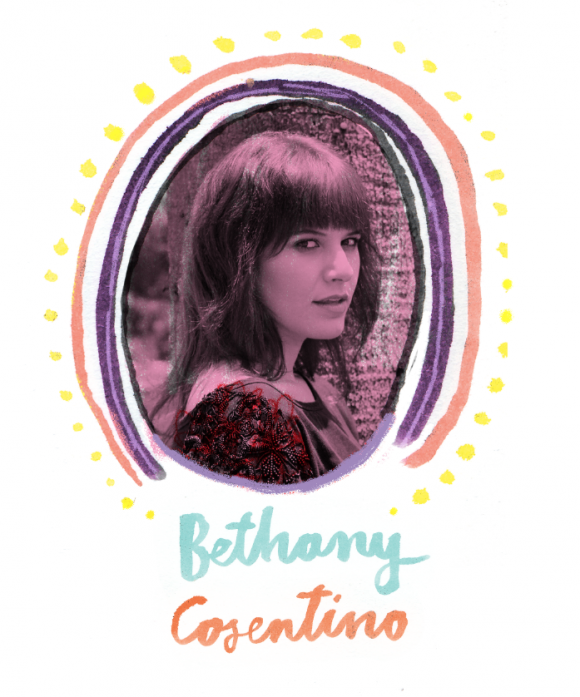 Some of you veteran Rooks might recall when Sady said, back in December 2011:

Every piece of art has a history, and a context. If an artist that you enjoy mentions having liked something, even just in passing, track down whatever it is they mentioned. Learn the names of people who are in bands you like, and then look to see if any of those people have been in other bands; if you enjoy a nonfiction book, read its bibliography. Track down those related books, and related bands, until you have a whole world of stuff to enjoy, not just isolated pieces.

That was her advice on finding cool stuff even if you don’t live in a cultural mecca, but the truth is that this is how everyone finds most of the stuff they like: by allowing people who make or do things they like to lead them down a rabbit hole of influences and obsessions. It’s in this spirit that we’re starting a brand-new feature on Rookie wherein, once a month, we’ll be asking a different person whose work and/or point of view we’re into to tell us about five things they’re currently obsessed with.

First up: Bethany Cosentino, HBIC of Best Coast. Here, in her own words, is what’s on her mind these days.

1. Basketball jerseys. When I was 19 I went through a very short phase where I wore a lot of basketball jerseys. For some reason I’ve gotten back into them recently. I’ve been home from tour for a solid month with not much work to do, so I’m spending a lot of my time on eBay buying things I don’t really need—mostly basketball jerseys. There is just something I really love about a woman in an oversize jersey. Also, this summer is completely sweltering in L.A., so wearing something breathable makes a lot of sense. My favorite one right now is a Chicago Bulls original Michael Jordan jersey that I got on eBay—I’ve basically been living in it for the past month.

2. Seinfeld. I’ve always been obsessed with Seinfeld, but recently the obsession has gone, some might say, overboard. I’m in a very committed relationship with television, but there are very few shows that I can sit and watch for hours on end; Seinfeld is at the top of that list. I’m love everything about it: the neuroses, the style, the dialogue, the set design—everything. My favorite character is Elaine. I relate to her more than any other fictional character ever created. I recently made an Instagram account called SeriouslySeinfeld where I just post Seinfeld-related photos. It might be a super-dorky low point for me, but it’s actually really fun, and I feel like other Seinfeld fans are stoked on it.

3. Etsy. I was really late to the game with Etsy. I knew what it was, but I had no idea what kind of world I was missing out on! I finally signed up for an account a few months ago, and I’ve been hooked ever since. Like I said, I’ve been off tour for a while, so I’ve been spending a lot of time at home, doing a lot of unnecessary online shopping. What I love about Etsy is that you can find pretty much anything you can think of. eBay obviously offers so much as well, but since Etsy features so much DIY stuff, you can type in almost anything and find it. I think my coolest Etsy purchase to date is a black beanie that has BEYONCE embroidered across the front. I hate to admit that I rarely wear it, but it’s definitely a great item to have. I also found a set of hand-painted Seinfeld wine glasses, but I still can’t decide if I “need” them.

4. Doc Martens with shorts/dresses. I’m a huge fan of the ’90s, specifically the style, so it makes sense that this look is one of my current obsessions. I always felt like I couldn’t pull this look off because I have really short legs, and usually I wear heels or platforms with anything short to elongate them. A few weeks ago I was going to lunch with a friend and I was wearing this leopard-print babydoll dress. I was in a frenzy running around my room trying to find a pair of shoes to wear, when I found my old beat-up Docs sitting in a corner. I debated the idea, and then threw them on. I was in such a hurry that I didn’t really have time to change again, so I just went with it. I’m glad I did, because this combo has become one of my summer staples. I think it’s a super-cute look on girls, because—not unlike the basketball jersey—it takes something masculine and makes it a bit more feminine. Not to mention that I just feel like a badass stomping around in a clunky pair of black boots!

5. Tanning. I used to be totally against tanning, but I moved into a house with a swimming pool last year, and now I’m completely obsessed. I’m half Italian, so my skin tans really well—but I’ve always been so afraid of the sun that I never really let myself get tan. Then I went to Mexico with my friend a few months ago, and basically all there was to do at the resort was lay by the pool, so I got really tan there and became obsessed with it. I even use this tanning oil called Maui Babe Browning Lotion that my mom got on a trip to Hawaii. It smells so good, and it really helps me get a good brown color. Of course, I think that taking care of your skin is very important, so I try not to just bake in the sun all day long—but I’ve found that just a little bit of a tan goes a long way. ♦