This month’s theme, in a nutshell (OR TWO!). (Shoutout to the Hayley Mills version too, duh.)

This month’s theme is IMITATION. Vibes-wise, we just wanted a happy fun neon month, but these are some other thoughts from the email I sent our staff when we got started, with notes from Anaheed in bold:

How when you don’t know what you’re doing it’s actually good to imitate the work of those you admire (even though people are constantly telling you to “be original”—you usually can’t be original right away). Yeah, like how musicians will start writing by taking a riff they like and then changing it here and there. Or how in Just Kids so much of Patti Smith’s early life was modeling herself after Bob Dylan and others; that was something I really related to in that book, where her obsessions with these people went beyond fandom, it was more like they were each giving her the secret on how to live and how to become who she was. Eventually, of course, she became this person who is so awesome that she has no equal, but that first phase was essential. And I don’t think being able to trace someone’s influences makes them less authentic, because they still absorbed all that art in a way nobody else did. I am happiest as a set of eyes, and my goal whenever I go into a movie or album or book is to lose myself in the story and find myself on the way out.

There’s the less positive side to this, too—I recently went through a thing in my journals where I realized I was trying so hard to sound all fancy and descriptive and be Nabokov, basically. Now I see that that has already been done, that sometimes less is more, and that the best thing is to just describe things as I see them. I feel like I don’t care at all about sounding original, I just want to be sincere and be myself. (See also Jenny’s piece in April about angsty art.)

Doing something over and over and hoping for different results (isn’t there some definition of insanity that’s kind of like that?). On that note, just how powerful habits are—not even in something as extreme as addiction, but like every time you stop yourself from comparing yourself with other people, you become a little stronger and a little less likely to do that again in the future. Or looking at websites or people’s FBs that you know will piss you off just so you can b a h8r. I think we all give in to little actions like that because smaller, tired-er parts of us get some kind of satisfaction out of it, even though we know our ultimate desire is to not have that energy in our lives. We think it’s just something we do and that it doesn’t matter, but these habits cloud your brain and take you out of what’s important. There are just so many things in the world to be annoyed about or that make you feel bad that you can’t avoid, so why would you seek out more of them? Eat Pray Love-y.

We get so many Damn Girl Qs about developing a personal style—and Marie has answered this question, but maybe we should do something where all of our style writers weigh in. I love this. Petra and I were talking about how people have questions like this about your artist POV and we realized that neither of us sought out influences; it’s just this thing where you have an insatiable hunger for it, you seek it out whether you mean to or not. You just wanna learn learn learn.

“Authenticity,” camouflage, that stuff Baudrillard wrote about our world being a simulation of reality and all that. It would be cool for the month to feel this way aesthetically—static landscapes, muted neons, alternate universe.

Covers and remakes; the phenomenon of realizing you don’t want to date your romantic partner, you just want to BE THEM; imitating older siblings; the fear of becoming like your parents.

The way people imitate feeling high or drunk or sexy, and how teenagers fall into that because we’re just grasping for how to act in those new situations. It doesn’t do any good for anyone—it’s just a lot of people pretending to be having a good time and not getting what they really want. I guess that happens with all sorts of experiences; in some ways it’s good (I am able to enjoy certain aspects of high school because I’m like, it’s like Freaks and Geeks IRL!), and in some ways it’s sad because you’re always measuring your experiences against what you’re told your life should look like.

This month is not about imitation as GOOD OR BAD—it’s both, in different ways.

And finally, this Jim Jarmusch quotation: 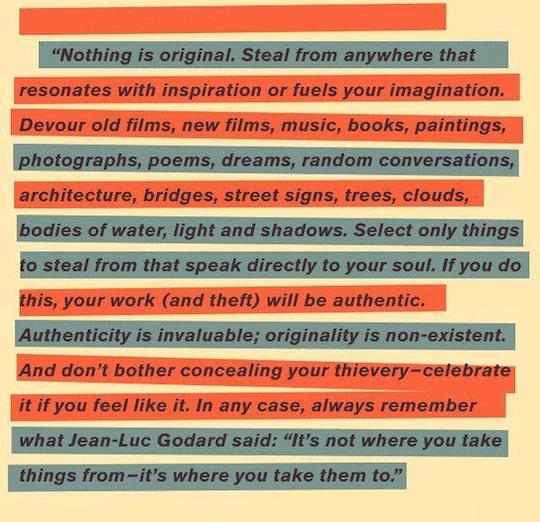 And! I can finally show you the cover for our next book and tell you that it comes out October 1st! First it’s like this: 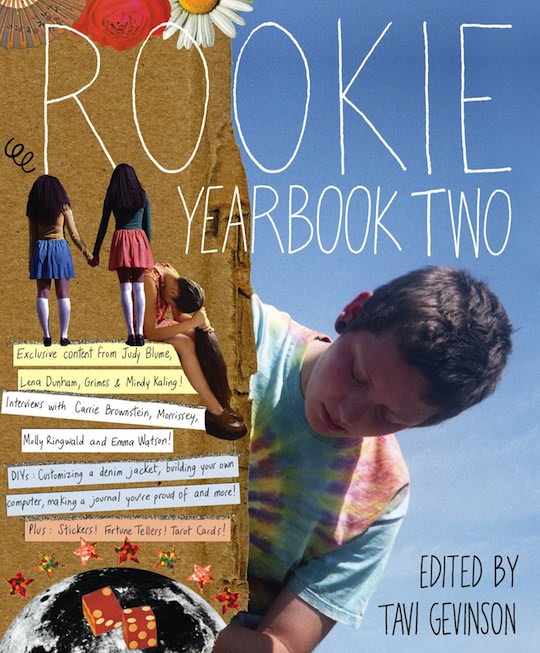 Then you take off the brown paper, and it’s this gorgeous photo by Olivia: 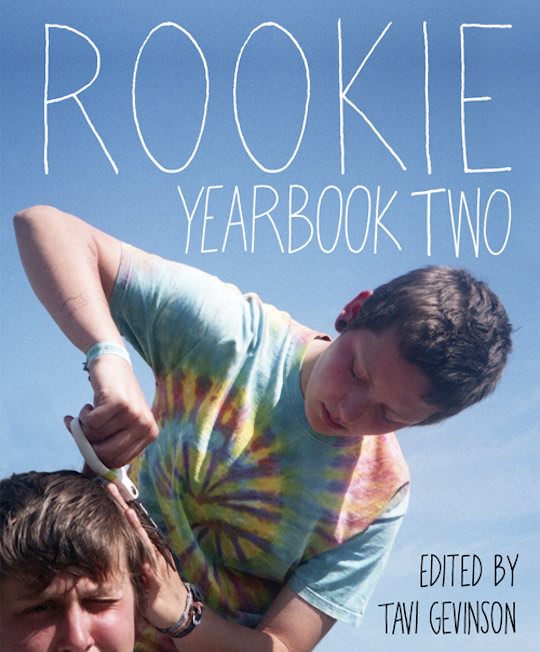 I’m SO excited and can’t wait for you all to see it. It has three more months of content than last year’s book did—a full year instead of a school year—and goodies you won’t be able to find here on the site. (Cootie catchers! Lena Dunham interviewing Mindy Kaling! And, of course, stickerssssss.)

Between that project moving along and this month’s creepy neon vibes, I’m just a happy camper right now. How are you? How are your summers going? Thank you for being here, as always.