From time to time I fantasize about being a twin. I imagine it’s like looking into a mirror and seeing yourself…but IN REAL LIFE, which is the perfect way to shop: If you’re too lazy to try anything on, you can just force your sister to do it! Take a look at these movie twins to get some inspiration for your own threads, and pretend you have a doppelgänger to wear them with, too. 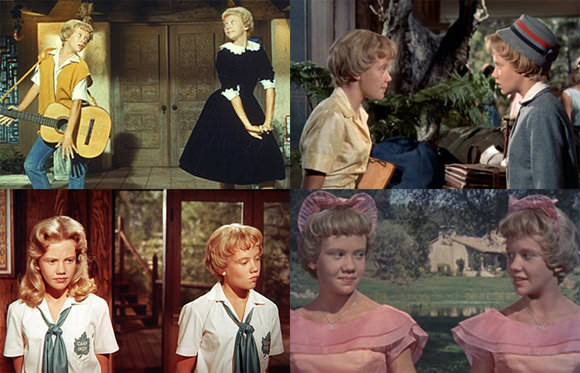 The 1961 version of The Parent Trap has Hayley Mills playing identical twins Sharon and Susan, who meet at summer camp and trip out on their uncanny resemblance to each other. At first of course they hate each other, but once they realize they are actually sisters separated in infancy by divorcing parents, they team up to get their family back together. This plan entails trading places when camp is over, and each girl gets to experience life with the parent they never knew. Can you imagine?! La Lindsay Lohan starred in the 1998 remake, but I’ve always preferred the original, especially for its early-’60s fashion. In one scene, the girls try re-creating their parents’ first date and perform a musical number.

I’m in love with Sharon’s black dress with lace Peter Pan collar; find one like it below along with a fancy headpiece to get some of that vintage twin style. 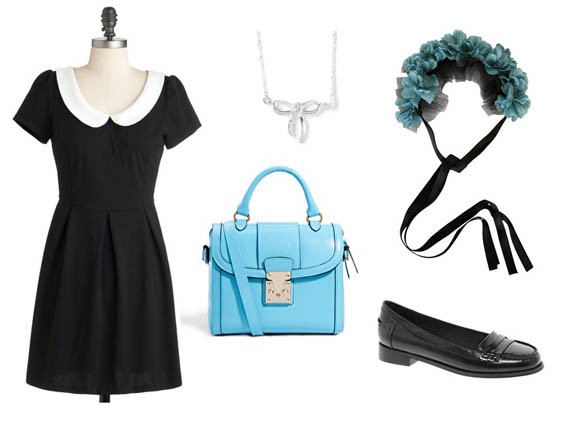 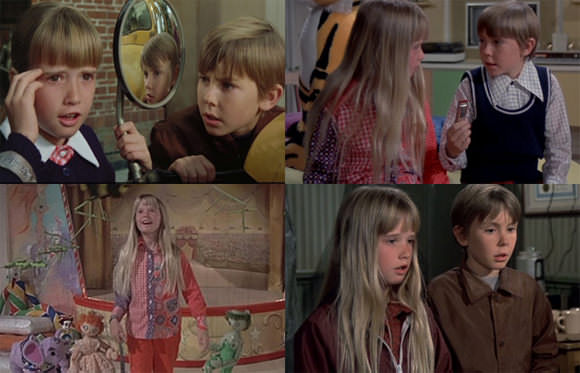 Escape to Witch Mountain (1975) is about twin orphans named Tia and Tony who possess supernatural powers. Tia can talk to animals and see events before they happen, and Tony has telekinetic abilities that are triggered when he jams on his harmonica. An evil millionaire kidnaps the twins so he can use their powers for his own personal gain, but the kids end up escaping and meet a man who helps them get to Witch Mountain, where they might learn where they came from and how they got to be the way they are. Throughout, Tia sports some great ’70s-style clothing. Get a similar look with bold patterned blouses and flared cords. (Psychic powers sadly not included.) 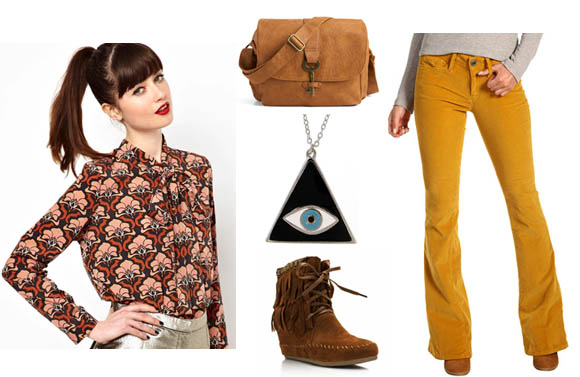 The Shining (1980) is about a writer named Jack Torrance who decides to take a job as the winter caretaker for an isolated hotel, intending to take advantage of the quiet to work on his book. He brings his wife and their young son, Danny, along, and the family begins to see and hear some freaky things. Danny has psychic visions and sees ghosts that haunt the hotel, the most famous of which are twin girls who appear to him in a long hallway as he rides around on his Big Wheel. The twins are creepy, yes, but take a look at the outfits: matching powder-blue dresses, white knee socks, and white hair bows. CAYOOT! Wouldn’t this make a great Halloween costume with your best friend? 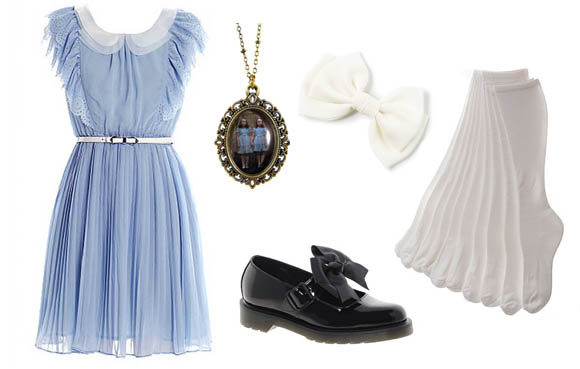 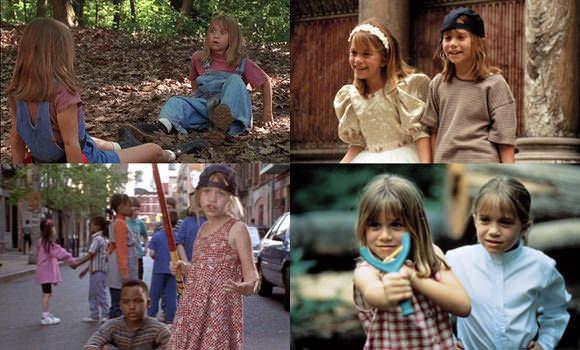 Everyone’s favorite twins, Mary-Kate and Ashley Olsen, made a bunch of movies together after Full House. It Takes Two (1995) borrows a lot of plot elements from The Parent Trap: Amanda (Mary-Kate) is an orphan who wants to be adopted by her social worker, Diane, while Alyssa (Ashley) lives with Roger, her wealthy father. The two girls meet by chance, switch places, and decide that Diane and Roger would be perfect together, but Roger is set to marry a total snobby socialite. I’m really digging their casual overalls look; it’s perfect for summertime! Take their cue and find a pair of your own to wear with combat boots. 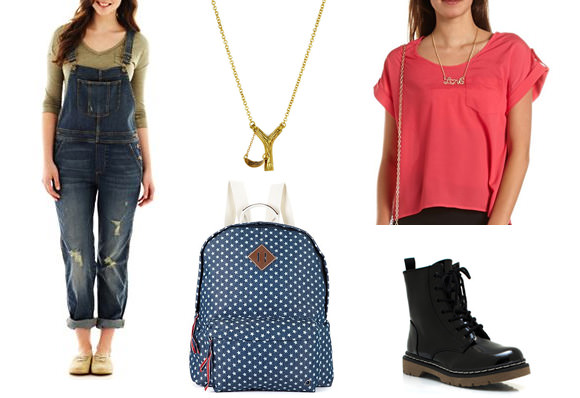