I never want to say goodbye. 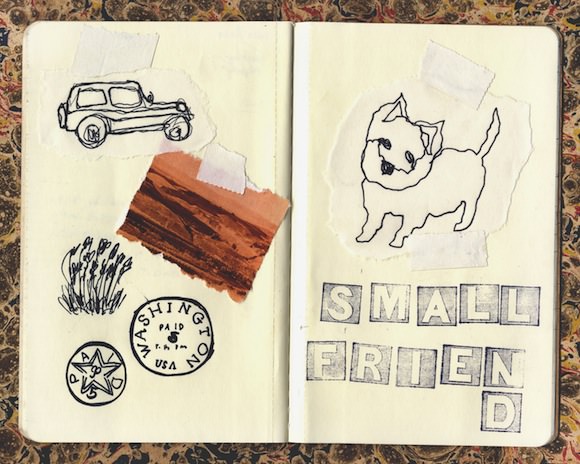 When I accepted a summer internship in rural Washington, I instantly imagined a picture of quaint small-town America. I grew up on the western side of the state, and the eastern side, where I’d be working, was where my family often went to vacation—once you cross the mountain pass, the landscape turns from the damp green rainforest of Seattle to the gold rolling hills of the inland Northwest. I started dreaming about rafting down the nearby rivers and driving to neighboring tiny towns to go thrifting. The area is home to one of America’s highest-yielding agricultural counties, and produce stands dot the highways; I was already planning my meals around local cherries and asparagus. I would be careful to avoid rattlesnakes and sunburns on daily hikes over wildflower-covered hills. I would listen to anything on my iPod that featured a lap-steel guitar, because I was in the country, feeling country vibes. I’m here now, and I know you’re waiting for a big record-screech and then I’d say, “It was nothing like I’d imagined”—but it is! All of my postcard-worthy fantasies have come true, except for one thing. I realize now that the whole time I’d been dreaming of Eastern Washington, I’d imagined that my dog, Sammy, would be with me—in the passenger seat on those day trips, window down, snout to the wind; running along the bank of the river to the secret chill spot where he’d wade in while I listened to my portable tape player in the shade; accompanying me on morning walks along country roads; barking to scare snakes away on our hikes. In my mind, it was a given that this would be our greatest adventure yet. I don’t know why I thought that—I knew that the lodging provided by my internship didn’t allow pets. It’s just that Sammy is my best friend, and it’s hard to imagine life without him. And pretty soon I won’t have to imagine it.

My family adopted Sammy as a puppy when I was seven. He and I grew up together. He greeted me every day when I got home from school and was my constant companion till I left again the next morning. He’s been my playmate during happy times, and a great comfort during bad times (my parents’ divorce, bouts of typical teenage self-loathing, adjusting to an “adult” life with adult responsibilities). I can’t count the number of tears I’ve cried into his fur as we lay on the floor together in my bedroom. Sammy is my miniature emotional shaman never tries to “fix” my problems or force me to talk when I don’t want to. He can’t talk or even see, but he knows how to help me relax by just sitting with me. He teaches me how to enjoy where I am by walking slowly and absorbing everything.

To be a grownup, I’ve had to give up attachments to big parts of my life—e.g., my old bedroom, my old neighborhood, certain family traditions. And, to some extent, Sammy. I left home for college and couldn’t bring him with me; it felt like unfastening industrial-strength Velcro, except one side of it was attached to my HEART. You can’t really talk to dogs on the phone (yes, I tried), so I had to learn to manage stress and emotional pain on my own. It hasn’t been easy; I haven’t found anything that can soothe me the way Sammy can.

Sammy is currently 14 years old, blind, and arthritic. Last time I saw him at Christmas, his vision was just beginning to fade; now, he can’t even see a toy held right in front of his nose. He lives in my dad’s apartment now in the middle of urban Seattle, where he can sniff his way to the elevator to spare his surgically repaired knees the impact of stairs. He seems happy, but I think about the summer trips to Eastern Washington we used to take when I was little, and how much Sammy seemed to belong out there, instead of on leashes in city buildings.

There’s talk of my dad visiting for a weekend, so Sammy could come for a day or two. I want to take him on all the adventures I dreamed of before I arrived here, letting him romp down hiking paths and country trails, saying hello to the goats and cows that live just off the main road. Some people say that when old dogs are ready to die, they wander away from home to go to rest. When we walk together through the open fields of this state, I’ll wonder if he’s looking for a quiet place to say goodbye. When he does, I hope it’s in a place like this, lovely and friendly and golden—just like Sammy. ♦