Pictures of Hilton’s enormous house and tiny dogs, a new book trailer featuring a mysterious panda, names of actual places that sound like they’re in Middle-earth, and more revelations courtesy of the internet. 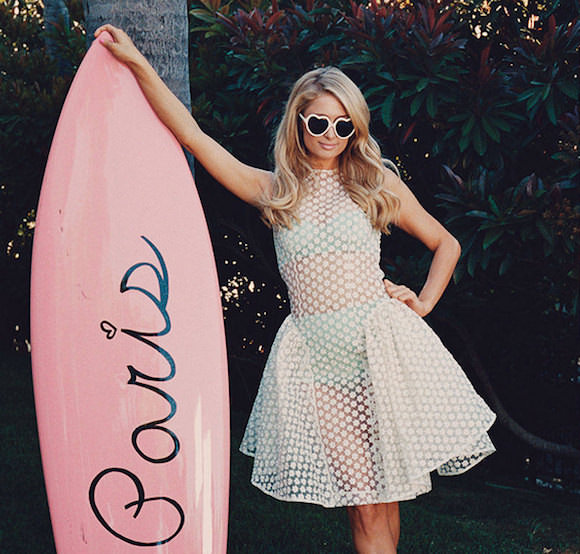 The Bling Ring finally came out, as did these photos of Paris Hilton at home, which, like the movie, are by Sofia Coppola. I want Paris’s dogs.

IN KIMYE NEWS, Kanye’s new album, Yeezus, was released and a bunch of smart ladies (including two of Rookie’s own, Jessica and Julianne) talked about it. And Entertainment Weekly has a quiz: Yeezus lyric or Lucille Bluth quote? Personally, I’ve yet to listen, mostly because I don’t want to move on from My Beautiful Dark Twisted Fantasy, which I listen to at least once a week. But I’ll get there. Also, ugh, just being a person with an online internet website makes me feel obligated to tell you that Kim Kardashian had her baby, NORTH, even though you probably already know and don’t care.

Finally: We love you too, writing staff of Bob’s Burgers.
Rachael 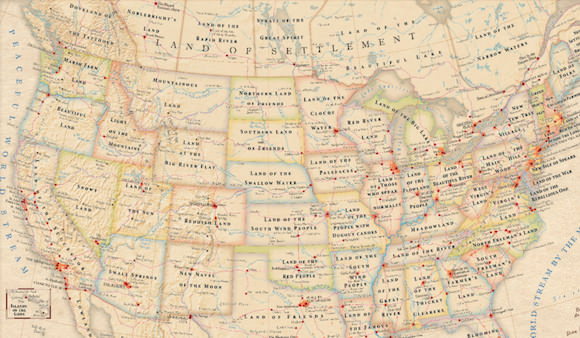 Did you know that if you translate the names of places on a world map into English, it sounds like we live in Middle-earth? Some really cool cartographers painstakingly translated the names of hundreds of countries, states, cities, and more and came up with a wonderful atlas of fantastical-sounding places. Turns out I hail from the Land of the Beautiful River (Ohio), and I’m writing this from Marsh Farm (a surprisingly accurate name for Washington D.C.). Some places have names with beautiful meanings—Mexico is “Navel of the Moon”—and some are just funny. Chicago means “Stink Onions”!

I don’t know much about the Hulk, but I do enjoy parody Twitter accounts, and the all-caps “HULK SMASH!”-style quote is perfect for Twitter’s 140-character limit. Salon just gathered up their favorite seven Hulk parodies (and there are way more Hulk Twitter accounts than that), including Feminist Hulk, Film Crit Hulk, and Editor Hulk, and some of their tweets made me laugh way more than is reasonable: “FIRST THEY WANT EVIDENCE OF BIRTH! NOW EVIDENCE OF DEATH! IT LIKE INTERNET JUST LEARN ABOUT EXISTENTIALISM!” @DRUNKHULK
Gabby 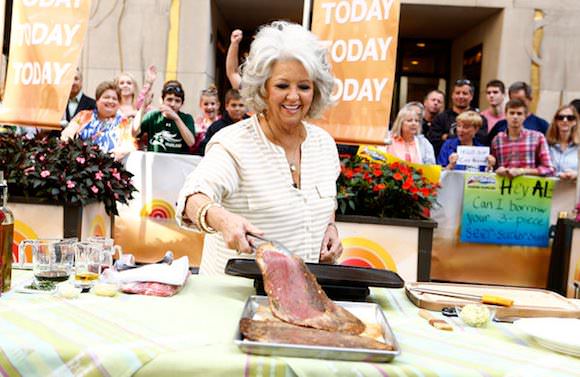 This week it was revealed that Food Network star Paula Deen said some really offensive stuff a while back. If you are a devoted FN viewer like myself, this news may have left you feeling confused and angry. (You wouldn’t be alone—the network announced yesterday that they’re dropping her shows.) To deal with my emotions, I reread Megan Amram’s satirical Paula Deen’s Health Food Cookbook, but no amount of butter can hide the ugliness of racism.
Anaheed

So, somewhere between the disclosure of Paula Deen’s on-the-record racism and her getting fired, she posted this video to YouTube, in which she apologizes for what she’d said…or does she? She never actually says what she’s apologizing for (instead referring mysteriously to “the wrong” and “the mistakes that I’ve made”); she never apologizes to the people who are hurt by racism but instead begs forgiveness from “my children, my team, my fans, my partners”; and instead of displaying true change or humility she just says she wants “to learn and grow from this.” OK! Good luck.

The sad truth is that real apologies are exceedingly rare, especially from people in the public eye—probably because it’s really hard to admit you were wrong, to reveal your own fallibility, no matter who you are, but I imagine that if you’re used to being alternately worshiped and ripped to shreds on a daily basis it’s even harder. Which is what makes what Patton Oswalt wrote on his website last weekend truly remarkable. In the yearlong rape-joke discussion that’s been brewing across the internet, Oswalt consistently and indiscriminately defended any and all comedy (understandable) and—bafflingly for someone so smart—dismissed arguments that mocking rape victims contributes to rape culture (a thing he DIDN’T BELIEVE EXISTED). Last week he went back and reread a bunch of the stuff that he had knee-jerk-ily disagreed with, and…he changed his mind. And so he did the right thing: He admitted he was wrong, and he apologized—really apologized: “I had my viewpoint, and it was based on solid experience, and it…was…fucking…wrong.” Read the whole thing here.

On one hand I don’t want to start handing out medals to dudes who display just like THE NORMAL AMOUNT OF COMMON SENSE THAT A HUMAN BEING SHOULD HAVE; on the other, isn’t changing minds the whole point of activism? On the other other, I would like to hand out medals to Lindy West, Molly Knefel, and our very own Sady Doyle for being three of the women whose patient, nuanced, brilliant writing helped Patton Oswalt—and who knows how many others?—finally understand.
Stephanie 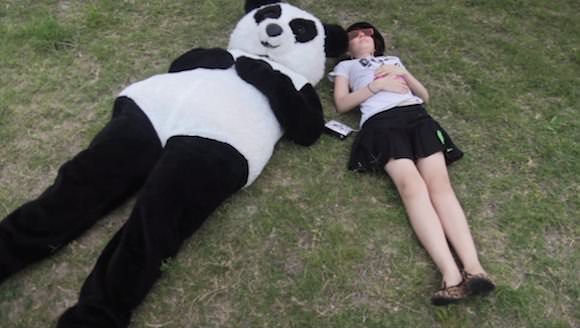 Because I love books even more than movies (well, most movies), I think book trailers are Literally the Best Thing Ever. On Wednesday, I was really excited to see the trailer for one of my most anticipated summer reads—The Theory of Everything by Kari Luna—premiere at MTV.com. Based on what I’ve seen so far, the story involves physics, ’80s music, and PANDAS! The trailer is super adorable, and now I’m even more psyched for the book. Seriously, what is the deal with the pandas? I have to know!
Julianne 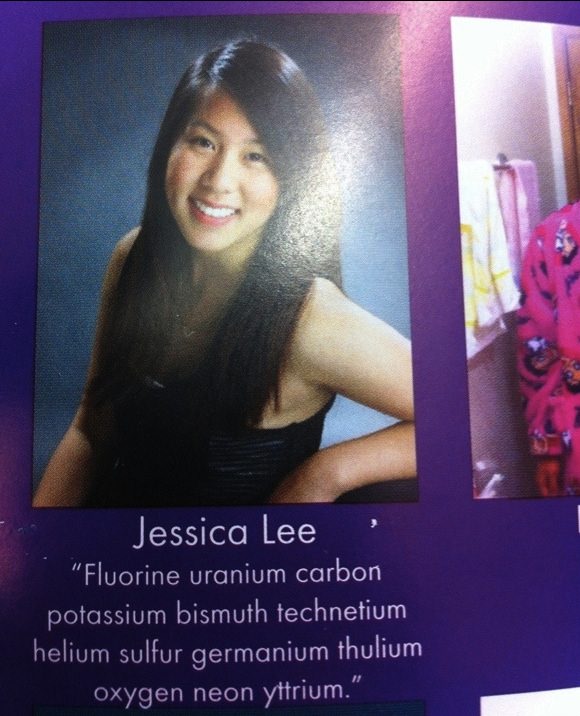 If I were to make a grossly unscientific estimate, I would say maybe 24 percent of high school yearbook quotes are secret messages—whether they’re cryptic personal affairs or inside jokes between you and your friends. Graduating senior Jessica Lee, above, took secret yearbook codes to another level by sending a special shout-out to fans of both chemistry AND rap music by spelling out a Notorious B.I.G. catchphrase via the periodic table of elements. Colorlines calls her “America’s Most Gangsta High School Nerd,” and I’m not gonna disagree.

The Brooklyn-based rapper Nitty Scott MC just released a new video for her song “Flower Child,” featuring Kendrick Lamar, and it is a total dreamfest of a woozy garden party. Nitty raps about how she’s a bohemian blossom who’s tough and needs all her suitors to respect her. She looks gorgeous in kaleidoscopic bathtub shots and in a long white maxidress and a flower crown (though as a fellow Brooklynite I am slightly worried about her walking around shoeless). It’s the perfect clip to get you hyped for post-solstice humidity, and you can watch it here: 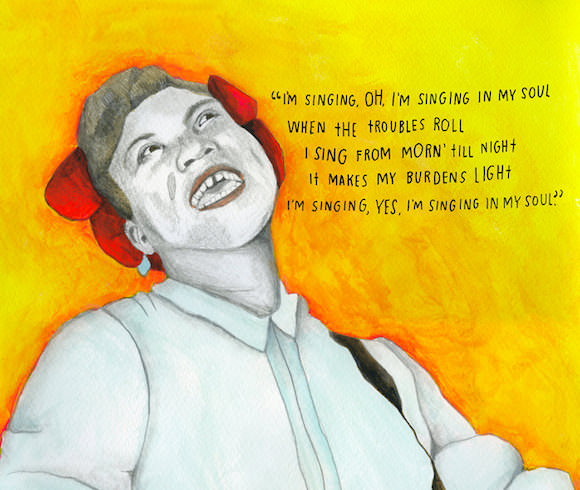 I’m really loving the Reconstructionists, a yearlong project that celebrates influential women. The artist Lisa Congdon and Brain Pickings’ Maria Popova have collaborated to shine a light on so many amazing and wonderful people through watercolor images and interesting facts; some of my favorites have been Aung San Suu Kyi, Marie Curie, Frida Kahlo, Lynda Barry, and Sister Rosetta Tharpe, above. I could spend hours on this site.
Emma

This week, Jezebel posted this short video about a gay couple that took advantage of a loophole in a law that, prior to France’s legalization of same-sex marriage in May, allowed same-sex French couples to be married by Belgian mayors. It made me cry, cry, cry, and I think it will make you cry, cry, cry, too. Marriage equality for all!
Suzy X. 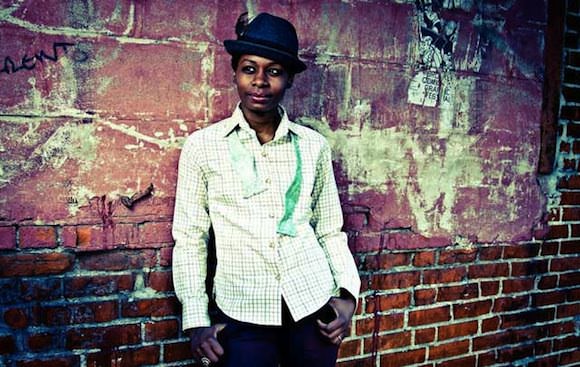 It’s about time gender-fluid fashion stepped off the runways and into the streets. This week, Colorlines profiled independent designers who blur the lines between traditional menswear and women’s wear through practical, everyday fashion. By tailoring even the most classic styles to fit a diversity of body types, they’re opening up possibilities for people to explore their own gender expressions outside the often abstract fashion world. While some of these snazzy styles are pricey and/or limited to online boutiques, hopefully these designers will inspire others to follow suit and think outside the box(es).

TV shows like Teen Mom and 16 and Pregnant have done nothing to lessen the societal shame that comes down on young mothers; it’s still easy to treat teen pregnancies as anomalies that have everything to do with one individual’s (bad) decision. Gloria Malone offers a more in-depth analysis by blogging about her own experiences as a teen mom in a rural, low-income community. This week at RH Reality Check, she starts with the popular question “How did you become a teen mom?” Her answer lists a number of factors—including a lack of education and access to birth control—that contributed to her young pregnancy. Malone also asks another question: What are people doing right now to educate and empower young people to make safe, informed decisions about sex? ♦