Matching outfits with your significant other is cool, Patrick Stewart is actually the best person, and other essential life truths revealed online this week. 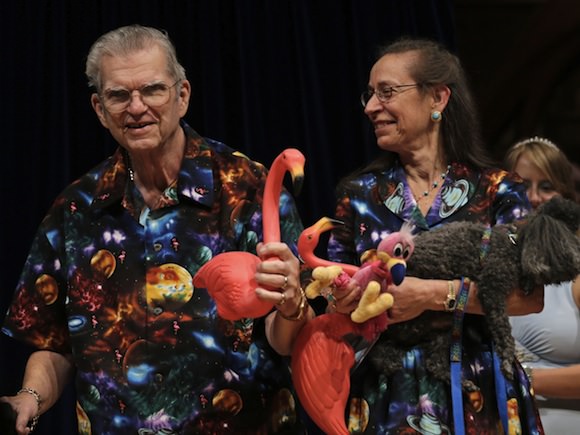 This adorable couple has been dressing in matching outfits for 35 years. Now, I know that sounds CREEPY AS ALL GET-OUT, but really: Read this interview—and just look at this AMAZING GALAXY PRINT! These two keep getting better. Not only is their twin-dressing incredibly sweet, but in the article the wife keeps really casually dropping GEMS, such as the fact that her husband was the inventor of plastic lawn flamingos (WOW), and that he proposed ON THEIR FIRST DATE (!!!). She also has lots to say about being confident and feeling secure with yourself. I love them, I really do.
Arabelle

Patrick Stewart has been in the news a lot lately (most recently because of PIZZAGATE), and I think it’s super well deserved because he’s so cute. In this video of a talk he gave at Comicpalooza in Texas, he answers a super vulnerable, important question from a young woman in the audience named Heather. She says that a speech he made condemning violence against women helped her, and then asks what he’s done in his life that he’s most proud of that isn’t related to acting. “You have very beautifully linked the important things together,” he says, adding that he’s proud of working to fight domestic violence, partly because of experiences he had in his own childhood. “I do what I do in my mother’s name, because I couldn’t help her then. Now I can.” At the end, they hug. I wish I could hug him forever.
Tavi

As you probably already know, whether you were ever interested or not, Arrested Development season four premiered on Sunday! Naturally, Buzzfeed had a plethora of wonderful ADs4-related content to peruse in reflection: the best jokes from the new season, an AD/The Great Gatsby mashup (example above), and why everyone hating on the new season needs to calm down (seriously guys, COME ON). 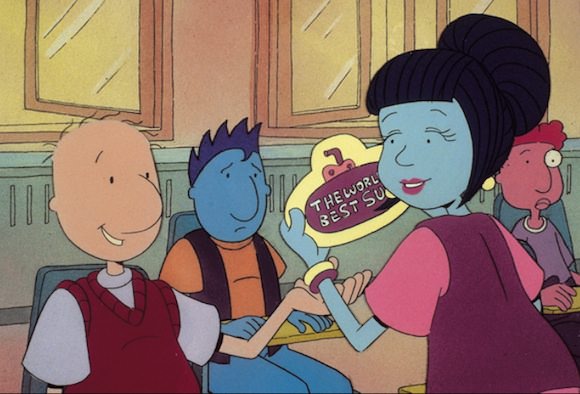 As a lover of classic Nicktoons AND tell-all books, I am so psyched for Slimed! An Oral History of Nickelodeon’s Golden Age, comingcome out in September. Until then, Hanna White over at BITCH wrote this teaser about how the network was one of the first kids’ cable channels to have racial diversity on its shows. (It turns out it’s no coincidence that most of the characters on Doug had skin colors to match the rainbow.)
Anaheed

Rookie bestie Joss Whedon gave the commencement speech at his alma mater, Wesleyan University, last Sunday, and it delivered just as many chills as you would expect from the guy who wrote this other speech. It starts with a bang—“YOU ARE ALL GOING TO DIE”—and just gets better from there, somehow making a nuanced, subtle plea for nuance and subtlety and doubt and ambiguity feel as rousing as a power ballad. “You do not pass through this life, it passes through you,” he says. “You will be the broken world and the act of changing it.” NO FAIR FORCING ME TO FEEL FEELINGS, DUDE. Watch the whole thing here: 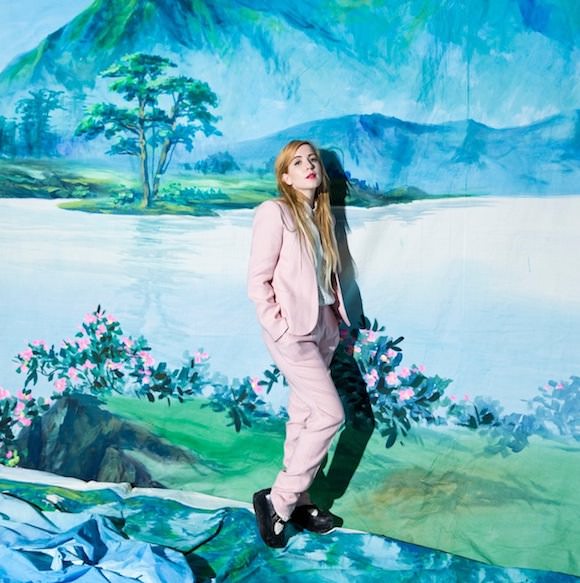 There are two things I’ve been looking forward to most about June: the opening of my city’s swimming pools and the new record from Austra, which comes out on the 17th or 18th (depending on where you live). On Thursday, the band released a single called “Painful Like” that is so bright and disco-y. It makes me dance like a crazy person. I basically haven’t stopped listening to it for 48 hours. Then I read on their record label’s website that the lyrics are about the “disillusionment of growing up gay in a small town and finding solace in the arms of a lover,” and it got even BETTER. 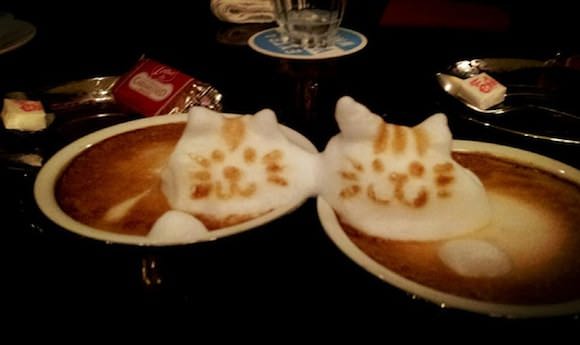 And BEHOLD these cappuccinos—I mean CATpuccinos—by coffee artiste Kazuki Yamamoto, over at Hyperallergic! ♦