Secrets of the Sisterhood 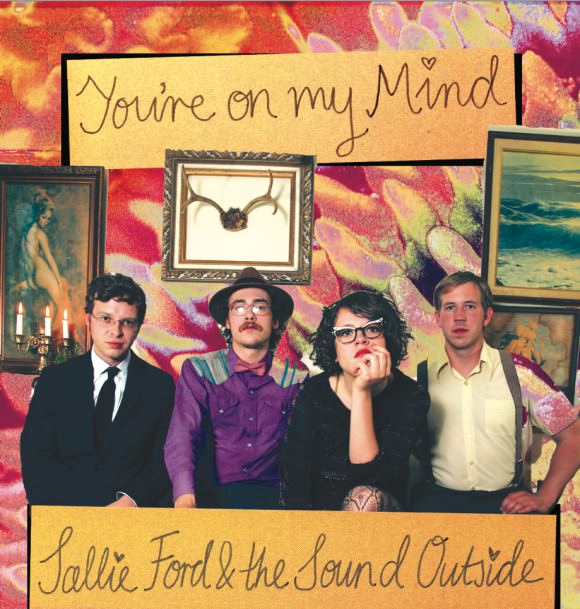 Sallie Ford writes retro time-capsule tunes, drawing from 1950s rockabilly and classic jazz singers like Billie Holiday, but her sassy, sexy, occasionally profane lyrics—especially on Untamed Beast (Partisan), her second record with her band the Sound Outside, out February 19—bounce the oldies into the 21st century.

What she likes best is sticking to the basics (it makes rocking out a lot easier), so for this month’s theme song, she wrote Rookie a sweetly sepia-toned love letter called “You’re on My Mind.” Enjoy!

I called her up last week to talk about that track, homeschool, and being a poser. —Devon Maloney

DEVON: Tell me about “You’re on My Mind.”

SALLIE FORD: It’s about going on tour and missing the person you’re with. It was something I’d been working on, but I’d been struggling to write more lines for it. Then when I was asked to do [this month’s theme song], I added something about longing in there.

What’s your songwriting process like usually? Are you a slow-boiler or do you come up with stuff off the top of your head?

A little bit of both. What happens most of the time is that I’ll write something and there won’t be enough lyrics to finish the song, then I’ll come back to it later. Sometimes I have to treat myself to the song, so I don’t do a lot of writing until I go to the studio. I think it’s the most fun when you’re recording stuff you’re excited about, so in a way, doing things at the last minute can be good. It’s more exciting, you know?

Yeah, up the adrenaline a little bit.

Yeah, and I don’t like to write songs that are too complicated most of the time. [“You’re on My Mind”] was actually the first time I’ve ever recorded with harmonies. I’ve been listening to a lot of Skeeter Davis.

What were some of your musical influences, growing up?

I started playing classical violin when I was nine, but when I was 15 or 16 I decided that it wasn’t edgy enough. I went to this music camp one summer in Winston-Salem, North Carolina, and met all these film kids and dyed my hair bright red and started watching R-rated movies. I even decided to give up on playing music for a while, and I quit the violin. But then I got into more punk. I was kind of a poser—you know, those people who are one day just like, “I’m into punk now!” But you know, screw it. Anyone can like any kind of music they want, discover something new and feel there’s a culture around it. I got really into ska music too. Operation Ivy was my favorite.

You should bring in more horns on the next album.

Yeah, maybe! I started playing electric guitar not long after that. I didn’t try songwriting or singing that much at first. Then I moved to Portland when I was 18 and started listening to Cat Power and CocoRosie, but I wanted to also incorporate retro and jazz, so I was listening to a lot of Billie Holiday and Ella Fitzgerald and Etta James. My older sister made me a mix CD of blues music and I liked all the provocative innuendo songs. I wanted to do that.

Your lyrics are so badass—have you always been that strong?

I guess I kind of grew into it. I think I’ve always been fascinated by edgy, provocative art. I grew up homeschooled and my parents are hippies, so they didn’t really care once I found out about, like, R-rated movies. They were like, “Yeah, go watch ’em!”

Did that make it hard to rebel?

Well, I was still kind of sheltered. I got exposed to that sort of stuff a lot later than other people, because I didn’t go to public school. So when I did, it was all at once, in like a year. But there was still rebellion to be had: I wanted piercings and to dye my hair colors, and they weren’t into that. But I did convince them to let me get my nose pierced when I was 16. I took it out later because it smelled funny.

What’s one thing you know now that you wish you knew then?

I guess it’s my mantra in general now: Make music for yourself. You should be the one to love it; don’t care about what everyone else is going to think. If you love it, that’s good enough. Different people like so many different things; maybe they don’t like your music. There’s nothing you’re going to do that everyone’s going to like. You may as well be the one that loves it. ♦