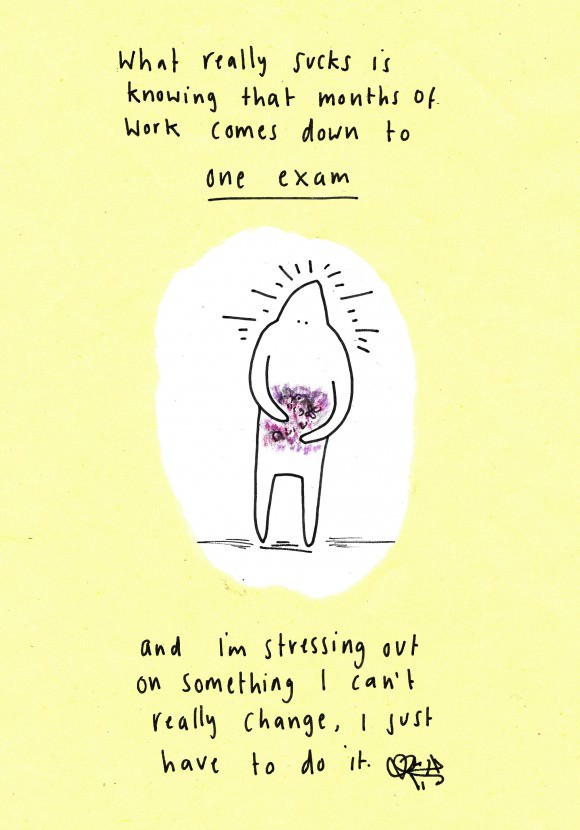 Caitlin: “I can’t even think of a caption, I’m too busy dealing with anxiety. WHY ARE EXAMS A THING?”

I shave my legs and armpits, but I’m not sure why. Read More »

I did something crazy and got into my two top schools. WHOOPS. Read More »

I’ve had a crush on Sophia since the first day of school. Until last Friday, she did not know I existed. Read More »

I hate being the type of person that people tell to smile, or that they try to avoid. Read More »