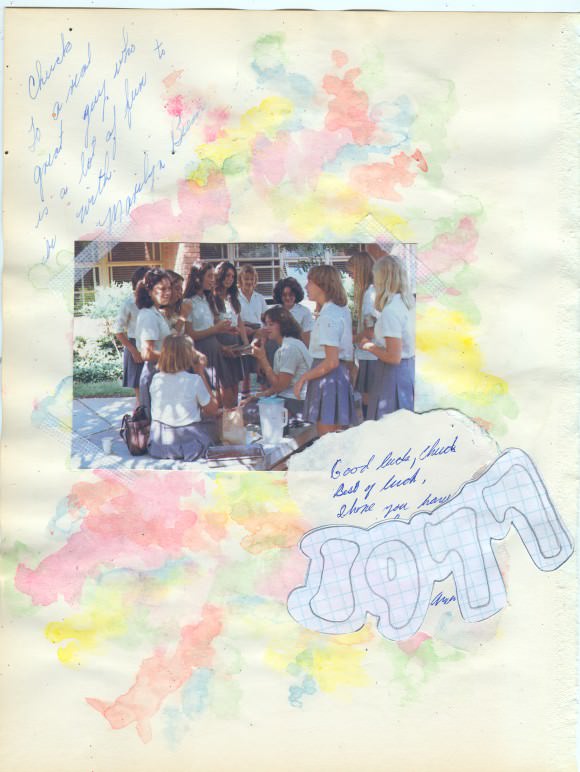 Like the prom, a high school reunion is the kind of thing you’re exposed to for years before your turn comes around—they turn up in the movies (see: Romy and Michele’s High School Reunion, 10 Years, Grosse Point Blank) and on TV (everyone seems to have done a reunion episode, including 30 Rock, Smallville, Supernatural, It’s Always Sunny in Philadelphia, The Golden Girls, etc. etc. etc.). I went to my 15th high school reunion last night, and let me tell you, it’s not like in the movies. Here’s how.

1. They don’t just happen once.
In all those movies and on all those shows, the high school reunion is a singular, momentous, once-in-a-lifetime occasion. You get just one shot to show all your former classmates that you’re happy and accomplished and better-looking than you were at 18, ta da, catharsis! But often, reunions happen every five years. My fifth took place in a bar in the East Village. I got very drunk and told many, many people how much I loved them. It was true! I sat on my friends’ laps and it felt, in many, ways, just like high school. I was only a year out of college, and the collegial atmosphere wasn’t that different from my high school experience. I had stayed in touch with lots and lots of people (and, dare I date myself, this was pre-Facebook) and had fun just hanging out. It didn’t matter what anyone did for a job, or whether they had a boyfriend or a girlfriend. No one looked significantly different. When it was time for my 10-year reunion, I wasn’t living in New York City anymore, and so I missed it. That was probably a good one in terms of observing life changes, because a lot of people were coupled up, and it’s always funny to see who people marry. Last night was just the latest in a series that will go on until we’re old and gray. Is that depressing or reassuring? I’m not sure.

2. Not everyone shows up.
In the past few weeks, I have begged and pleaded with all my closest friends from high school (the ones I still talk to) to go to the reunion with me. Guess how many agreed? ZERO. A couple of them would have, but no longer live nearby. The others had various reasons: One didn’t want to go because they were single, one didn’t want to go because they didn’t like anyone on the RSVP list, etc. One friend who actually works at our high school told me that he would rather die than attend. In all, about 30 people from my graduating class showed up—a third of our grade. That is not very many people. I was actually friends with four of them in high school, and friendly enough with lots of others, but there wasn’t that frisson of former closeness that can make parties like that really giddy and fun. I had dragged my husband along, thinking that there would be lots of other partners there, which made it too easy to not talk to as many people as I should have. The whole thing felt sort of like a dream sequence, where you recognize lots of faces but don’t actually have any significant interaction.

3. The drama quotient is very low.
This is maybe the most disappointing truth about reunions. Unlike in movies, where secrets are revealed and people have sex in bathrooms, actual reunions are mostly people standing around talking about where they live and what their jobs are. When I suggested I write about my impending 15th reunion, my editors imagined I’d come back with tales of reality-TV-worthy scandal. The reality was much less spectacular. Because I’m seven months pregnant, I talked to every single person about my unborn child and when he is due to come into the world. The highest drama of the night was when a friend I’m not really in touch with anymore scolded me for not coming to any of his poetry readings. The girl who stole my 10th grade boyfriend was perfectly friendly. The only really good gossip was that two guys in the grades above me had recently and simultaneously married a pair of sisters, and that a boy who’d been kicked out in the 10th grade had pulled a knife at the wedding’s afterparty. This story went around like wildfire, as it was clearly the juiciest thing for miles.

The best part of the night was actually when we went to bed that night. One of my neighbors is about to graduate from high school, and she was having a party. When the party finally broke up, her friends spilled out onto our street and were noisily saying goodbye to each other and talking about how to get home. I could have gotten up and peeked out my window like a creepy old lady, but I didn’t—I just stayed in bed and listened. Their voices carried into the night, reminding me what it felt like to be on the cusp of something so enormous.

Before the reunion, when I was complaining to one of my friends that no one wanted to go with me, she reminded me that not everyone had a good time in high school. But I don’t think that’s the point. The point is that you were there, and you had whatever kind of time you had—good or bad or, more likely, somewhere in between, fluctuating back and forth on giant hormonal waves. Personally, I loved being in high school. I also cried almost every single day. It’s a very complicated period of your life, when you’re trying to sort out what kind of person you are and want to be. That’s the sweet nostalgia that a high school reunion is designed to incite. It kicks in when you look across the room at long-forgotten faces and think, like Dorothy, You were there, and you were there, and you were there. We were all there together, 15 years ago, bright and young, and clueless about what was to come. And so I’m looking forward to my 20th, in 2018. See you there. ♦