How to dress so that you never have to wait in line.

Chasing the limelight, whether as a queen of the local club scene or twirling your way through the coolest art movement in town, takes attitude, and if you want to be the life of the party, you need a signature style that guarantees you’ll stand out. These ladies can help—but expect to be sweeping up glitter for months. 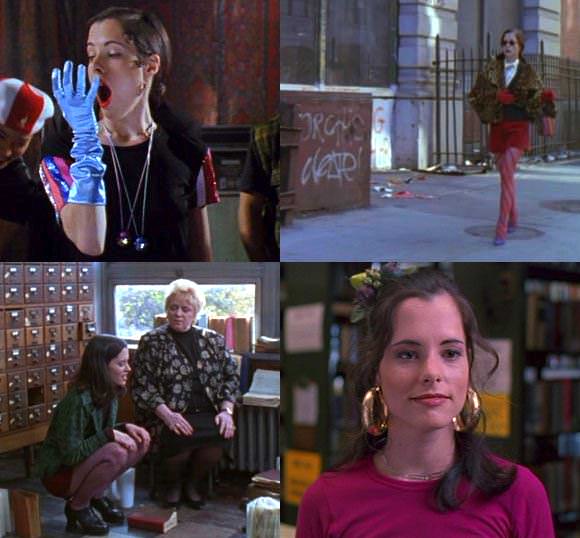 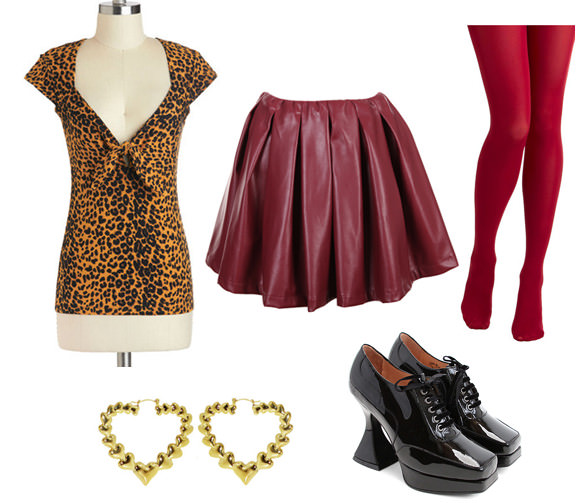 Parker Posey is one of our favorite indie-movie heroines—she steals every scene, but she owns Party Girl (1995). She plays Mary, a carefree club kid with a closet full of designer clothes. Mary hustles to make the rent by throwing illegal raves in her New York City loft, but ends up getting arrested and bailed out by her godmother, the head librarian at a local branch. To pay her back, Mary ends up working at the library, and learns some life lessons along with the Dewey Decimal System. Best of all, her super-colorful wardrobe never suffers: I covet her leopard-print jackets, bright tights, and shiny metallic gloves. And her Fluevog Munster shoes may be the single best relic of ’90s fashion, even though they’re not a relic at all. While they would definitely break our piggy banks, we can still fawn over them today. 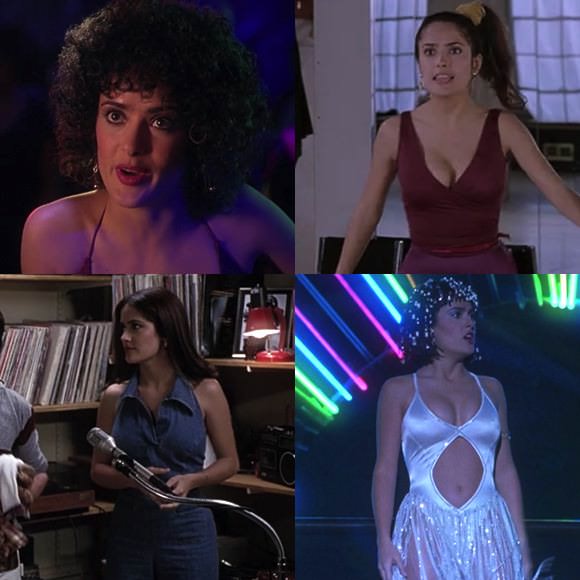 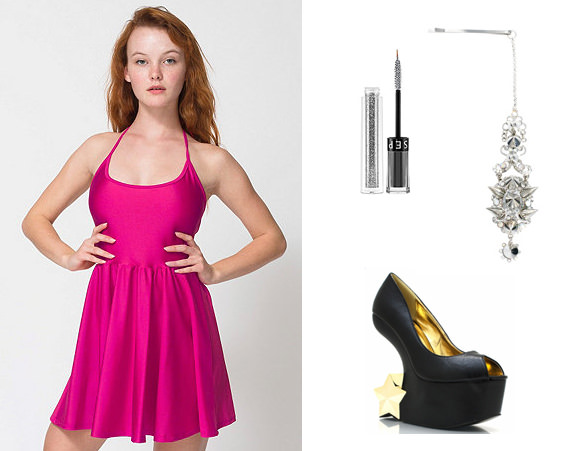 54 (1998) gives us a glimpse of what life was like for those lucky enough to get behind the ropes at Studio 54, the nightclub that ruled New York City in the late ’70s and early ’80s, welcoming everyone from Andy Warhol to Michael Jackson to Mick Jagger. The movie focuses on a young hottie from New Jersey named Shane (played by my boyfriend Ryan Phillippe) who lusts after hedonism and fame, because that always works out so well. He becomes a star bartender, but not without getting into the kind of deep dark trubs that accompany life in the spotlight. Lucky for him he has friends, including his co-worker Anita (Salma Hayek), a coat-check girl/aspiring disco queen who has hands-down the best outfits in the movie. I particularly dig her denim halter jumpsuit, which you can scout on sites like Etsy, or else summon all of your thrifting luck. And I loves me a good satin skater dress—this American Apparel number reminds me of the one Anita wears to teach her dance class. Throw some glitter on your lashes and the light will be reflecting off of you, not the disco ball. 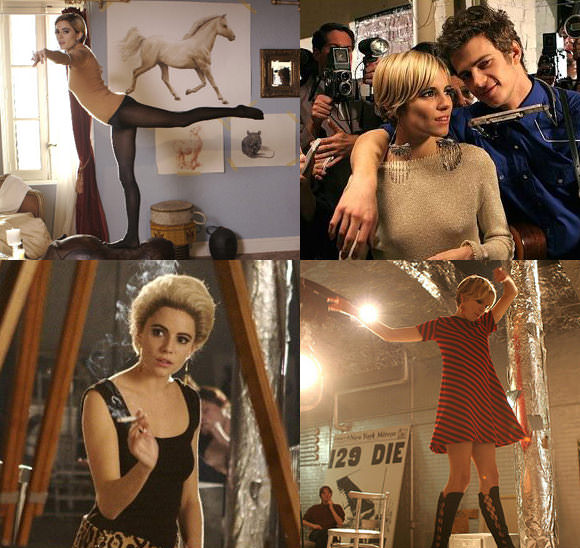 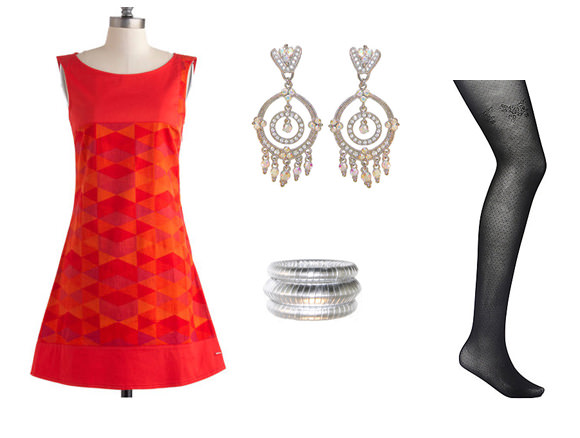 Factory Girl (2006) is based on the tragic life of Edie Sedgwick, one of the most revered style icons in history. Edie (Sienna Miller) ascends from art-school student to Andy Warhol’s muse: she becomes a Pop star, always surrounded by cameras, falls for musician Billy Quinn (a character based on Bob Dylan), and eventually succumbs to drug addiction and dies at the age of 28. Since then, her look has been immortal. Here she sports the most enduring mod fashion: lace-up go-go boots, striped minidresses, smoky eyes, and chandelier earrings. Most of all, I love how she was known for walking around in her signature black tights and a top. Who needs pants?! Find a pair of perfect boots and some big eff-off earrings, and you’ll be your own It Girl. 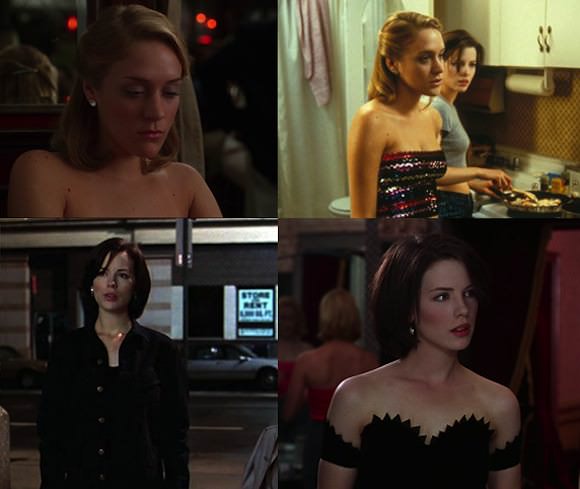 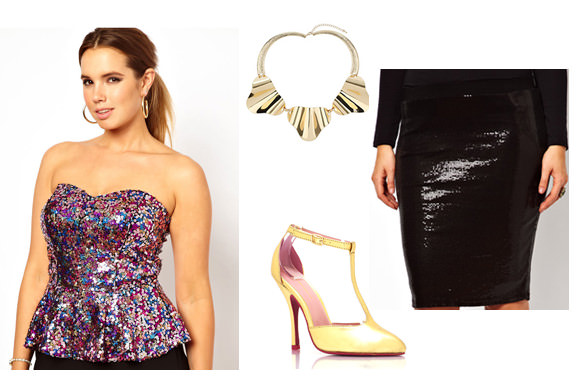 The Last Days of Disco (1998) is about two friends and co-workers, Alice (Chloë Sevigny) and Charlotte (Kate Beckinsale), who spend their days working at a publishing house and their nights hanging out at the city’s most popular nightclub (which is presumably meant to be Studio 54, and came out the same year as 54, because everyone in Hollywood gets the same idea at once!). The girls couldn’t be more different: Alice is smart and introverted, while Charlotte is outspoken and shallow. But they share a favorite activity: lurking for love while figuring themselves out, all while the disco era fades to black. I love Alice’s multicolored sequin tube top, but I think this one from ASOS Curve is even cuter. Charlotte’s scalloped black dress is also to die for, but this similar Nasty Gal number is not available at the moment, so maybe check back, and in the meantime, just imitate Alice, because she was the cooler of the two anyway!

Now get dressed, go out, and don’t come back till the break of dawn. ♦