Tonight we’re going to the mall to fall in love. 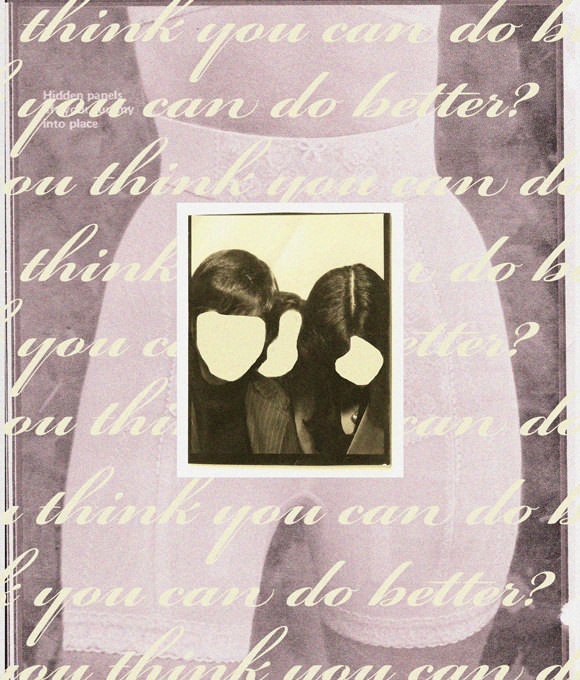 Dawn and me eat scrambled eggs with tall glasses of tomato juice for dinner because we’re on a diet. Dawn knows how to throw up, so she eats toast and butter, too. But my fingers go so far down my throat, and still nothing comes up. I’m a fat cow.

Dawn and me are best friends. I sleep over at her house now ever since my stepfather called me a pig for eating all his cocktail onions. I’m waiting for my mom to call and beg me to come back home, but it’s been almost two weeks now. I’m wondering if maybe their phone is broken.

Sometimes my mom spaces on time. She drinks a lot of green Hi-C with vodka in it. I’ve seen her sit down with a drink in the morning just as The View is coming on, and then it’s like next thing she knows, Extra is starting and my stepdad is walking in the door, screaming because he can’t smell any dinner.

But I’m over at Dawn’s house now. We share a single bed with the quilted pink covers. We stay up late smoking cigarettes, talking about love with the ashtray balanced between us on the sheets. Dawn loves guys who give long, wet kisses that make her eyes roll up in her head. I love bites that last like red splashes on my neck for weeks, so that everyone knows I’ve been going at it. Dawn and me both agree, though: mostly, we just want to fall in love. Tonight we’re going to the mall to fall in love.

Dawn’s mom is divorced, and Dawn gets to call her Lorraine instead of Mom. We smoke Lorraine’s Marlboro Lights at the kitchen table with a green ashtray. Lorraine is in the shower with her loofah and her pineapple-smelling shampoo, getting ready to go out with an optometrist she met at work.

Lorraine works behind the counter at the U-Haul center on Motor Parkway, and she gets to wear this tight orange dress that says U-Haul on it. She meets a lot of men because of that dress, not to mention that any guy who gets divorced ends up at U-Haul sooner or later with a sad look on his face.

Lorraine comes out of the shower and models new underwear for us. Her hair is slicked back, wet and shiny. The underwear is red lace, with a fishnet heart cut out in the center, so you can see Lorraine’s hair down there. And it’s sort of dirty blond, even though Lorraine’s hair on top is jet black. There’s a long purple scar up Lorraine’s stomach from where they pulled Dawn out, but Lorraine’s stomach is flat and tight like a boy’s. She must know how to throw up, too.

The optometrist pulls up in a Chrysler, dark blue with brown interior. I’m thinking, Loser, but Lorraine runs out of the kitchen, shoving her earrings in, smoothing down a red satin dress she bought at Shoes and Things for $20, swiping on lipstick and pressing her lips together. She’s blushing and breathing fast as she lets the optometrist inside.

He looks bewildered, unprepared to be stepping into a woman’s house.

“Dawn,” Lorraine says in her giggle voice that is saved for men only, “I’ll be home late, or not at all.” Dawn rolls her eyes. “Watch it now, young lady.”

Lorraine just giggles and takes his arm. They head out to the car and drive away, and I want to cry, thinking of that skanking old guy with his hands all over Lorraine’s perfect, tight body. But then I remember Dawn and me are on our own now.

We sit down at the kitchen table and light cigarettes and drink half a glass each of Lorraine’s pink zinfandel, because more than that she notices.

Tonight we’re off to the mall to hunt for babes. Dawn says if she falls in love at the mall, she’ll go out to the Pit. “And leave me hanging by the fountain,” I scream.

“No,” she says, plugging in her crimping iron. “There’ll be a babe for you, too. We’ll find two babes and fall in love and make them take us to the Pit.”

Dawn’s going to be a stewardess when she graduates high school, or work at the U-Haul with Lorraine. I’m going to Wilfred Beauty Academy to learn acrylic nails. When I get out of Wilfred, no one will call me a fat cow. They’ll call me a nail stylist.

I have a new makeup stick in dark coral pink. I put it on above my eyes like I saw in Beauty Digest. Dawn puts it on her cheeks and outlines her lips in burnt sienna. She rubs a stick of musk behind her ears and under her arms, filling the room with the smell of a jungle.

We lie flat on the bed next to each other to zip our jeans. When I stand up, there’s a role of fat over my waistband, so I borrow a loose sweater from Dawn, something with drawstrings at the bottom. Dawn is straight and thin and wears padded bras that make tiny puff breasts under her shirts. I wish I could throw up like her.

We each swallow four of Lorraine’s Xenadrines and two of her NoDozes and then fluff our hair out so we look like wild animals. We only take one each of Lorraine’s Valiums, because those she counts.

The cab lets us off at Sears. We go in through the luggage department and walk straight to the bathroom. Dawn doesn’t like the way her hair turned out, so she wets it in the sink and kneels under the hand dryer, on her knees on the tile floor, to do it over. I look at myself in the mirror. My hair and nails are perfect. I know how to copy the looks. But my cheeks are full and red, not hollow and sharp like Dawn’s. Tomorrow I’ll eat nothing but tuna fish and water.