Be the first person in your study hall to hear Eleanor Friedberger’s new song. 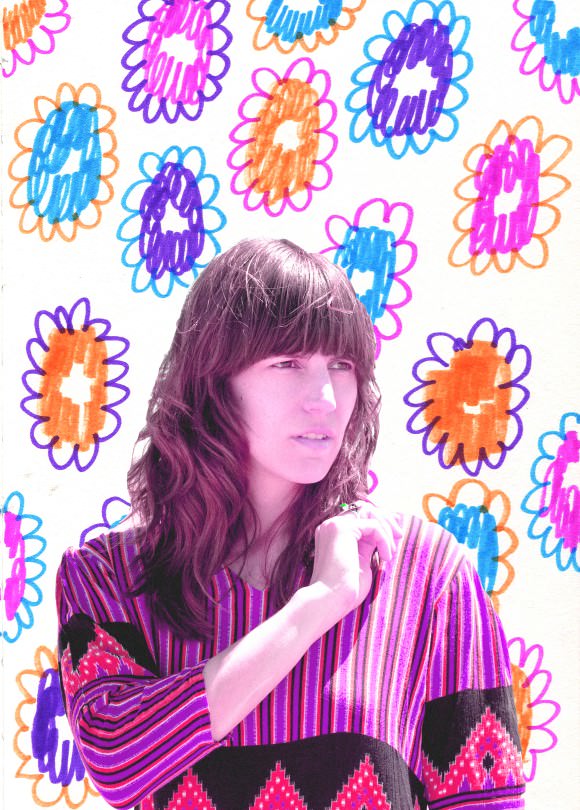 Eleanor Friedberger is a Virgo and sounds like one—you can hear the control in her voice. In her lyrics and the strong, cool way she sings them, she sounds like someone who really knows who she is and doesn’t question it. After a decade of making artful pop music with her brother Matthew as Fiery Furnaces, Eleanor has been concentrating on a solo career—first with the coolly emotional Last Summer (2011), and next with Personal Record, out June 4 (June 10 in Europe) from Merge.

The new album is some of the best work she’s ever done, solo or with Fiery Furnaces. The songs are about her life, but they’re easy for anyone to relate to. There is a lot of longing for someone, and some loving someone even when you know it doesn’t really work. Some of its best songs are about a woman’s relationship to other women in her life: “When I Knew,” which is about finding your best girl friends; “My Own World,” about being into your solitary creative existence; “Other Boys,” about sharing someone with a girl in another band; and “She’s a Mirror,” which we’re privileged to debut today:

I interviewed Eleanor on the patio of a decrepit sports bar not far from where she grew up in Oak Park, Illinois, in total darkness save for the glow of the giant flatscreen TV broadcasting a hockey game. —Jessica

ELEANOR FRIEDBERGER: Musically, I wanted a song that was like Iggy Pop’s “Lust for Life.” It changed a bit—it’s not as hard-driving, it’s more Motown-y. Lyrically, thematically, it’s about obsession and it’s about seduction and I like how it’s very vague in terms of whose perspective is being told, where it is coming from. At the end I kind of give it up and say “She’s me or a mirror, I don’t know.” I wanted to keep that ambiguous, about whether I am singing about myself or about another woman. Or if I’m singing from a man’s perspective about another woman, or about me. Or is it about several women?

Listening to the song, I thought about a friend of mine who, when he would be all excited about some new girl, would invariably describe her as “the girl version of me.” I always thought that sounded terrible.

[Laughs] The thing I am proud of with this album is that it is relatable. People can put their own meanings into the songs. That was my goal. The last record I did it was so specific and detailed, with proper nouns and places–and it’s nice to have a record where you catch a glimpse of an artist and their world, but [this time] I wanted something where people could insert themselves into it.

The second song on the album, “When I Knew,” seems to be about a crucial teenage female friendship.

I always dedicate it to a girl I know in the audience and say, “This is about falling in love with your girlfriends.” It’s just about a series of different women and the same way you become enamored—and I don’t mean for this to be so gender specific—the same way you might have a crush on a boy.

Did you have a lot of female friends in high school?

I did. I was part of a hardcore clique of tomboyish girls.

Before we turned on the tape recorder we were talking about how the internet wasn’t what it is now when we were teenagers—there was no easy way to learn about certain things, to get turned on to certain music—and you said you you thought that was a good thing and a bad thing. Can you explain why?

When I was a teenager, I listened to more music than I ever have—just listened to music and did no other activity. You would put on the music and stare at the record cover for as long as the album lasted and then fantasize about who they were, daydream knowing them–and maybe you were lucky to catch a glimpse of them on MTV. Or, in the case of Led Zeppelin, there was one book you could buy. I think that is kind of nice; I like the mystery. There is no mystery now. If someone follows me on Instagram they can figure out what my living room looks like. Is that good? Obviously I don’t have to reveal that, but I am playing the game of that—and that’s fun too. 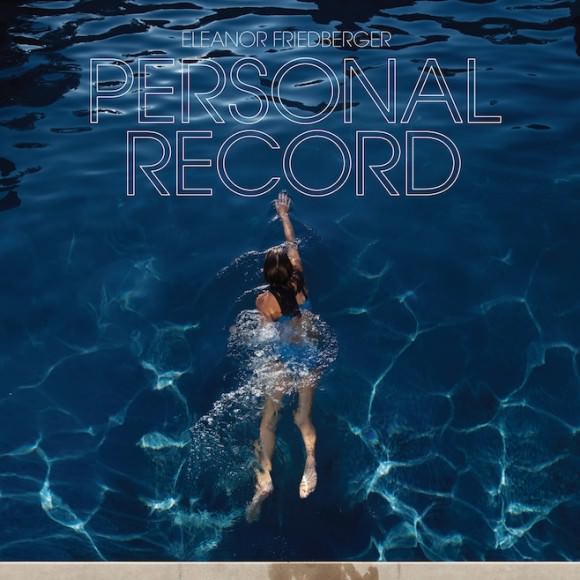 If someone looked at your record cover what do you think they would imagine about you?

That I am sporty? It’s me in a pool, it’s my backside–I am kicking, doing a lap. I like equating the physical challenge with the emotional challenge, exemplifying that in a lap in a pool. I hope that is evocative in that title, Personal Record—it’s a pun.

I am sporty. [Laughs] I was on the bowling team.

Junior varsity. Varsity softball, that was my main sport. When I was younger I played everything. I was a tomboy, not a jock. I was really into music, always, but I also played a lot of sports. Being part of a team helps you be part of a band. I was a catcher, and as a catcher you have to have a lot of authority and you have be in control of the situation and call out the plays—that has helped me be a band leader and be confident.

When did you start playing music?

Not until college. I was surrounded by a lot of boys who made music, and luckily they included me instead of excluded me.

Did it take being invited by them?

It also had a lot to do with my older brother [Matthew, who co-founded Fiery Furnaces with Eleanor]. He always had all sorts of instruments around and was always making music. He made it seem like it wasn’t intimidating. He bought me my first guitar when I was 18, and then a drum kit the following year. He was the musical one in the family. I was the one that was more–I don’t want to say “confident,” but I was the one with, umm…

Yes. I was the one that got us shows. I was better at communicating, networking. We really complemented each other in that way.

What was it like for you when you first started playing?

It was a slow process. So many girls are starting to play rock music younger and younger, but I didn’t know a single girl that played guitar growing up. Or drums. I didn’t think, Oh, I wrote one song, so I can be onstage tomorrow! I was a slow starter. I was playing music and recording all through college [without performing live]. Then I was in Sweden and a friend insisted I perform at this little bar in Stockholm—he just forced me to do it. And that was the first time I performed in front of anyone. That was in 2000.

Do you think you would have done it if no one had forced you?

Probably. But that helped. Then I came back to New York and played with a couple of friends. And then my brother moved to New York. That really changed things. He was my secret weapon, he was the best musician I knew. Then it became more serious. He and I together, we just took ourselves very seriously.

When did you start thinking of yourself as a musician?

Maybe a year ago. [Laughs] Recently. When I was playing with my brother I had a big enough ego and competitive streak in me that I would go and see bands that weren’t, like, touring, record-selling bands, and think, I could do that better than them. We’d be better than this. My brother got that, and he enabled me. But as far as feeling like a musician, that took time. I am not trained; I never took lessons. That feeling is about honing your craft.

Hmmm. A lot of things. Physically, it’s very fun, singing. And playing an instrument is really fun. It’s not cliché, it really is cathartic, and doing it in front of people–sometimes that might make it worse or that might make it better, depending on your mood. Doing it in front of A LOT of people makes it that much better or much, much worse. [Laughs] And then there is a side of it that is a little cornier, and that’s connecting with other people on a psychological, intellectual, or emotional level. It’s amazing when you can do that, when you get feedback that convinces you that you are doing that. [Making music] can be very solitary, bu there’s another dimension to it that has to do with camaraderie and friendship and parties.

How does it feel to get attention for making something personal public?

Sometimes it’s good, sometimes it’s awkward. I like having anonymity, don’t like being the focus of attention.

The good part about attention I think is obvious, but what is the difficult part?

It’s never good to doubt yourself. I mean, for example, I like getting dressed some days, but it’s such fine line of deciding how much time you are going to spend thinking about what you are going to wear when you know people are going to be looking at you. That is something I do think about, but when you think about it a little too much it turns unhealthy. I am conscious of people looking at me, whether it’s in photos or while I’m performing. In those situations I try to be free as possible, because if you overthink it, it does your head in. That’s when people start getting a little goofy. Sometimes I think I should be more diva-ish [laughs], that maybe I am little too normal and balanced to make it in this industry. ♦