Sixteen-year-old me would be disgusted with current me.

How to Get Attention at Any Age 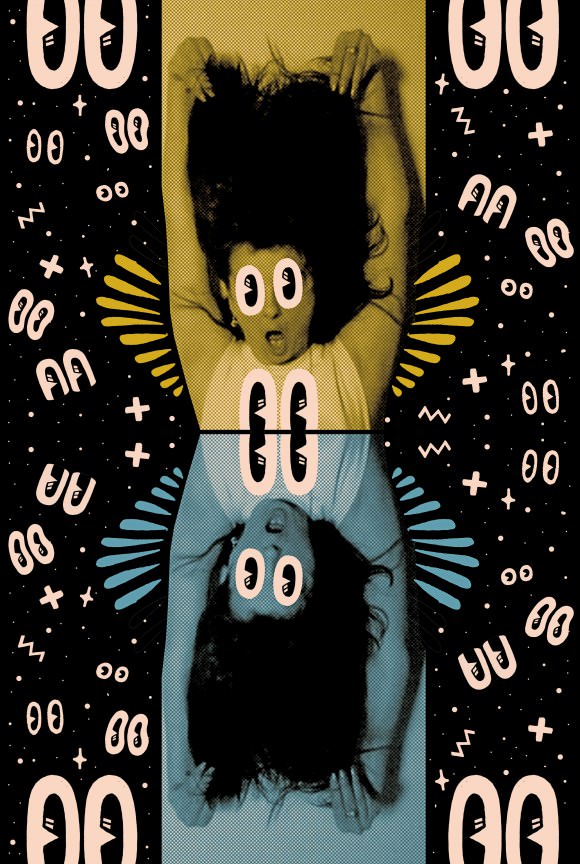 The summer between my sophomore and junior years of high school I found paradise, in the form of a long red-and-white building with a giant red bowling pin stuck to the front, above a marquee that announced the name of the place: Fireside Bowl. Despite all this bowling-themed signage, and the fact that there were actual bowling lanes and bowling balls inside, the venue was rarely used for bowling. It was mainly a music venue, specializing in indie punk bands.

I spent every weekend and as many weekday nights as I could get away with at the Fireside. The shows rarely cost more than five dollars, so I went even when I didn’t recognize the name on the handwritten half-sheet flier I’d plucked off the table by the door. It was worth it just to be with all the other pierced, dyed, and tattooed kids who lined Fullerton Avenue each night smoking cigarettes and drinking forties, waiting for the club to open. Once inside we’d mosh together in front of the stage or balance carefully atop one of the ball returns in a nearby bowling lane to get a better view of Sleater-Kinney, Oblivion, the Blue Meanies, Slapstick, or whoever else was onstage. Those kids became my community, a club that welcomed me as a member. The Fireside was our clubhouse, and we would defend it against the neighbors who complained about the noise, and the City of Chicago, which was constantly threatening to tear the old building down.

I discovered punk rock the summer between sixth and seventh grade, when I’d stay up late watching an MTV show called 120 Minutes that aired the latest indie and alternative music videos. That show, along with Alternative Nation, which I rushed home to watch every day after school, introduced me to bands that had been around for a while, like Sonic Youth and Social Distortion; up-and-comers such as Nirvana, Soundgarden, Green Day, and Babes in Toyland; and seminal punk bands like the Sex Pistols and the Ramones. I latched on to these bands because they were different from the mainstream rock and pop acts on the rest of MTV and almost all of the radio, and I related with that because I felt different from everyone else at my school (and was bullied for that reason). Part of me was proud to be an individual, but another part was depressed and angry about the baggage that came with it. The angry, bratty energy of punk helped me exorcise those darker feelings. I read about punk and alternative-rock communities in Spin (this was a couple years before I had internet access) and daydreamed about exactly what I eventually found at the Fireside: a place where kids hawked their zines and silk-screened T-shirts, where incredible bands played their first gigs, where it stank of cigarettes and beer and old bowling shoes.

By the time I found the Fireside, the bands I had loved so much as an adolescent, whose videos you had to stay up past your bedtime to catch, were in regular rotation on MTV and on mainstream rock radio stations. I went to an Offspring concert at the Aragon Ballroom, the biggest venue a band could play in Chicago aside from a sports arena, and was surprised to see that most of the audience looked like the kids who’d bullied me in school—wearing baseball caps and cargo shorts, they swilled beer while singing along to the songs that had helped me deal with the cruelty of people who, in my me-against-most-of-the-world mindset, I thought were just like them. I chose to focus instead on the band onstage, and I found I still really enjoyed their music. I even bought a T-shirt on my way out.

A few nights later I wore my new Offspring T-shirt to the Fireside Bowl—and instantly regretted it. I was getting a lot of disapproving looks from members of my adopted “family,” which stung. If my own tribe could turn on me so quickly, were they really my tribe after all? All night I kept hearing one word being muttered under people’s breaths as they took in my outfit: sellouts.

I think the first time I heard that word was when I was in junior high; it was in a commercial for some luxury car being sold to ex-hippies who’d gone on to work on Wall Street and make shit-tons of money and become yuppies, but who still wanted to feel like they had integrity. The ad reassured them of this with a line that went something like “You didn’t sell out…you just bought in.” My former-hippie dad, who was still trying to do good for the world as a nurse, made horrible gagging noises every time this commercial came on. Our subsequent conversations about it shaped my earliest understanding of what a “sellout” was. If my dad, who’d picketed for workers’ rights in his youth, had joined a big corporation so he could afford a fancy car, that would be selling out.

You don’t hear the word quite as much today as you did when I was in high school, in the late ’90s. Back then “selling out” was a concept so universally reviled that I and my cohort spent long hours dissecting it, trying to boil it down to a set definition, a certain set of rules, the better to ensure we’d never be accused of so unforgivable a sin. Basically, selling out meant abandoning your artistic integrity in exchange for money and mainstream acceptance, and in effect abandoning the fans who were inspired buoyed by your hard-won principles—there was no greater betrayal in our minds.

When Bob Dylan played the electric guitar at a folk festival in Rhode Island in 1965, the audience reportedly went mad, booing loudly and plugging their ears. By trying something new, something that might find a broader audience than the groovy acoustic strains that crowd was used to hearing from him, he earned the label “sellout.” When, more than 25 years after that incident, Nirvana signed to a major record label and their next album, Nevermind, went multiplatinum, it wasn’t just their diehard fans who saw them as sellouts—Kurt Cobain himself was so conflicted about the band’s newfound success that in the photo for their first Rolling Stone cover he insisted on wearing a T-shirt onto which he’d scrawled in marker, punk-rock DIY style, the message “Corporate Magazines Still Suck” (a play on the old SST shirt about corporate rock). The word sellout was thrown at so many bands that I had loved in my youth: Green Day, Soundgarden, Smashing Pumpkins, the Offspring—basically anyone who seemed interested in selling CDs or otherwise making money. We reserved our deepest disdain, however, for any band who would dare allow a company to use one of their songs in a commercial. This was sacrificing your art to an evil corporation, and thereby ruining said art for your fans. This was selling your very soul.

1 2 3
Next →
against me! authenticity capitalism chicago fireside bowl mtv punk rock selling out