Money Changes Everything: An Interview With Lauren Greenfield

The photographer and Queen of Versailles director talks to us about fame, wealth, body image, and all that complicated stuff. 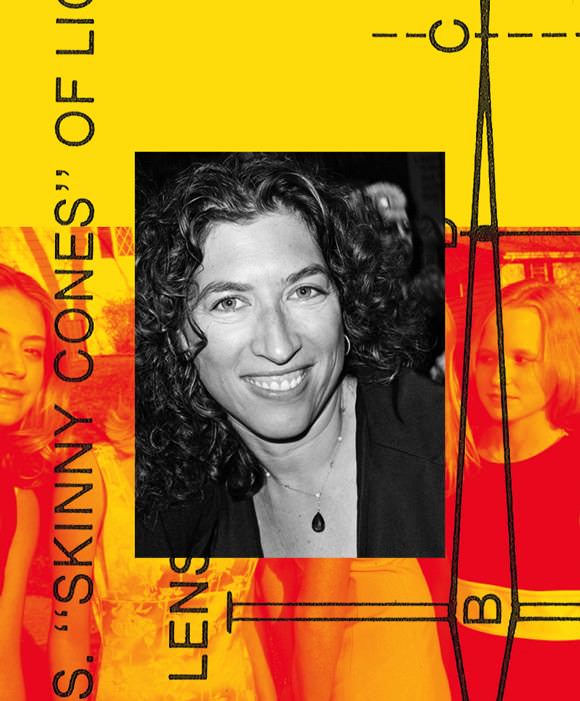 Illustration by Ruby A. Photo by Roxanne Lowit.

I met photographer/filmmaker Lauren Greenfield when I was in high school, and her photos were titillating my classmates—who were also her subjects—at our shared alma mater, Crossroads School for Arts & Sciences in Santa Monica, California. At the time, Lauren, who had attended Crossroads more than a decade prior, was taking pictures that explored the way money and an unrelenting emphasis on image affected the lives of young Angelinos from all socioeconomic backgrounds, capturing things like nose jobs, tagging crews, prom pageantry throughout the late ’80s and early ’90s. The photos were published in the Los Angeles Times Magazine and put on exhibition, then collected in Greenfield’s 1997 book, Fast Forward: Growing Up in the Shadow of Hollywood (Knopf). I was impressed and inspired by her work—looking at her pictures made me see that even my own adolescent experiences, mundane and transcendent, were worth examining through art, and that sustained observation can reveal the complicated truths that exist beyond cliché.

She followed that project up with Girl Culture and Beauty CULTure, a series of photographs and a short documentary examining the effects of body image and beauty standards on girls’ and women’s identities; kids + money, a short documentary about the effects of our materialist culture on all of us; and Thin, a feature documentary about women with eating disorders. Her most recent film is the 2012 documentary The Queen of Versailles, about a fabulously wealthy Florida couple, Jackie and David Siegel, who were in the process of building the biggest house in America when the financial crisis of 2008 derailed their dreams. Since our theme this month is Attention, I wanted to talk to Lauren about what it’s been like to focus hers on these issues for so many years, and how she sees them shaping our culture.

ROSE: It seems your work has always been animated by the question of how wealth functions in the community and affects people at the top and bottom. What’s your connection to these issues?

LAUREN GREENFIELD: High school was a really formative time for me, and I have gone back and used those feelings, those thoughts, to question a lot of things. As a teenager I felt a little bit on the outside, as I am sure a lot of teenagers do. In 11th grade, I moved from France, where I lived with a family for a year, to this new school which seemed very Hollywood and status-oriented. People had designer clothes and fancy cars and a lot of very privileged access. They would go to concerts in a limo and have front-row seats, or go to somebody’s parent’s movie premiere. I wasn’t analyzing it from an intellectual point of view at the time, I was just taking it in, but I think that’s where some of the emotional passion for these projects comes from.

How did you get into photography?

In fourth or fifth grade, we went around the city taking pictures, and I remember I did portraits of my friends. And then I was a photo major at Crossroads, because you had to do something artistic—it was a requirement, and I couldn’t draw or paint, and I wasn’t going to do theater. When I went to college, I was not planning on doing anything in the visual arts. I started in social studies, which is a combination of economics and anthropology and sociology. In my third year of college I went around the world studying visual anthropology with a bunch of teachers and students, and that was a kind of life-changing year where I realized that my calling was to look at culture. I didn’t know if it would be through photography or filmmaking or academia, but I just thought that was my thing. I wanted to combine photography with social studies, but the school wouldn’t let me do it in the [social studies] department, so I became a visual studies major.

So you were drawn to photography as a communication medium rather than an artistic medium?

In a way, yeah. I definitely have developed my own aesthetic, but I’ve never been interested in pretty pictures or pictures without contextual meaning about the way we live.

In the essay about Fast Forward on your website, you said that the world has changed since you started working on the project in the ’80s. A lot of the things that you saw in these communities of privileged kids has now become the norm across the board. How do you reconcile something as changeable as youth culture or the economic climate with your desire to document particular phenomena?

I’m not really thinking about those things when I’m working. When I did Fast Forward, one of the things I was looking at was the homogenization of youth culture, and how kids from very different socioeconomic backgrounds were affected similarly by the same media. It was a time when MTV was blowing up and rich kids were being exposed to the materialism in gangsta rap, but there was this over-the-top materialism in the ghettos of L.A. that was also influenced by hip-hop culture. When I look at Fast Forward now, the clothes are dated, but the phenomenon is not. With the internet, cable, globalization, and international branding, it has just gotten that much stronger, that much more pervasive. I go to China, I go to Moscow, I go to Dubai, I see that those forces affect people in a lot of different parts of the world at all different ages.

And now that I have a son who’s going through the bar mitzvah phase, I can’t believe I’m living it. Yesterday he told me about an attraction they had at a party at somebody’s home where they had a fan and a box, and the kid goes in the box and the fan was blowing REAL MONEY. And the kids would catch as much as they could and take home what they caught.

Wow! How does that make you feel?

For me, it’s actually deeply gratifying, because in a lot of ways, I keep trying to take different and deeper cuts of the same story, and the story is still completely relevant. The thing about The Queen of Versailles is that when that story changed, when the economic crisis hit, this family was hit by it in ways that were so similar to other people from very different situations. It wasn’t this story about one family or about rich people, but really an allegory about the overreaching of America, and a house that became a symbol of the mistakes that we had all made that led to the crisis.

Watching the movie, there’s a moment in which I suddenly remember what’s coming. It changes how you see them.

I did not expect them to hit on financial hard times, but when they did, I was in the right place at the right time.

Did Jackie Siegel give you access because she was familiar with shows like Real Housewives and the kind of attention that it could get her?

When I first approached her, Jackie did not want to do reality, she wanted to do something that was more serious. She had seen Thin, and she had seen my pictures. I remember once we were in Vegas and someone said, “Is this your reality show crew?” And she said, “No, Lauren’s making an art film.” At the same time, she certainly liked the attention—she had come from modeling. The Queen of Versailles is a lot like Fast Forward in that I’m not trying to criticize the way a group of people live. The reason people responded to Jackie is because there’s a little bit of Jackie in all of us, both her virtues and her flaws. There are very few people who did not take advantage of cheap money to spend too much on their credit cards or buy too big of a house.