All I want is to be famous, which is the last thing I want to be. 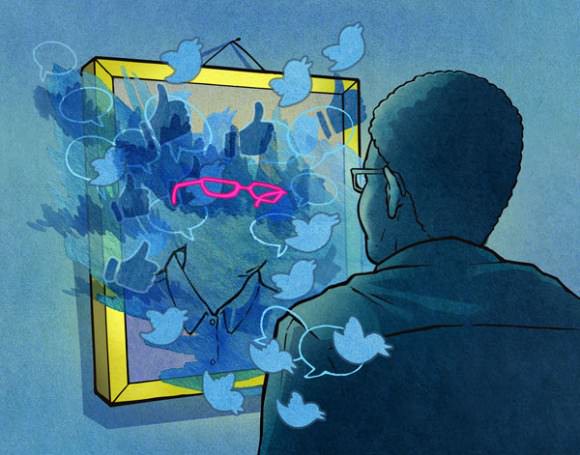 Since I was a little kid, I have believed I was put on this earth for two reasons: (1) to foster understanding among all of humankind, and (2) to win a Grammy. The former seemed easy enough; the latter would take some work.

I started developing my voice as a child by imitating my favorite singers. By fourth grade I thought I was Justin Timberlake. Outside of school chorus, concert band, and various and sundry music classes, I spent countless hours singing along to ’N Sync and the Dixie Chicks, perfecting my melismata by accompanying my Christina and Mariah albums. In high school, I performed in troupes and talent shows, and in the privacy of the shower I’d practice my future interviews with Cosmopolitan and Vogue, the magazines that I hoarded for tips on “being a girl” (bahaha) and because all the most glamorous pop stars appeared in them. Who’s your inspiration? they would ask me. I’d grab the shampoo bottle and use it as a microphone (why did a magazine interview require a microphone, we all might wonder): Well, I would have to say my biggest inspiration is Pink, because she’s an incredible performer in addition to being an intelligent and kickass human being… I wanted to be a successful pop singer, and the way I saw it, success in the field of pop music means becoming famous (you never hear about a “successful but unknown pop singer”), so that was just what I was going to have to do. Again: easy.

I was a very naïve kid—I truly believed that if you want something enough, and work hard enough to get it, there’s no way you won’t achieve whatever you want in life, even things that are mostly out of your hands, like fame. I was sure that success was right around the corner—I would be internationally celebrated, I would be adored by my idols, and I would use my fame to make the world a more peaceful place by educating people about racism, sexism, and other forms of injustice. I wouldn’t have to do too much to open people’s minds—just my visibility as a world-renowned half-black, half-white, Jewish, queer, transgender singer would show people that WE ARE ALL THE SAME but also LET’S EMBRACE OUR DIFFERENCES and while we’re at it WHY CAN’T WE ALL GET ALONG.

Um, that isn’t what happened.

I initially auditioned for the second season of The Glee Project in November 2011. I’d heard somewhere that the contestants on that show were placed in a veritable performance boot camp where they received, for free, intensive training in acting and dancing, two areas I didn’t have a lot of experience in. That sounded great to me—I really wanted to strengthen what I saw as weaknesses and to grow as a performer. And that’s all I knew. I honestly had no idea who Ryan Murphy was (in case you’re like I was, he created Glee and the reality-show singing-competition offshoot I was auditioning for), nor why people were so intimidated by him—I was just there to sing for the chance to spend all my time being challenged to get better at what I loved to do.

The auditions were held early one morning at a massive convention center about five minutes away from my school. My friend Sarah waited in line with me for four hours until the doors finally opened. I was 74th in a line of 400-500 very excited and nervous young people. I was given a number—573—and then ushered into a screening room with the four people closest to me in line. In that room were waiting two casting associates, who soberly told us to go ahead. Prior to the audition, the TGP website had posted a list of seven songs to choose from, and I had picked the only one that suited my voice: “Ordinary People” by John Legend. We each sang a few bars of our respective songs to the casting people. I was the only one asked to sing a second song (I chose Stevie Wonder’s “Overjoyed”). The casting people conferred for a moment, and then one of them said, “We’re going to keep 573. The rest of you may leave.”

Next I was sent into a different room to sing for Robert Ulrich, Glee’s casting director. I sang “Ordinary People” again. He asked me to sing another song, so I went into “Your Song” by Elton John. When I finished, he said, “That’s one of my top two favorite songs of all time.” My stomach dropped, but my equilibrium was restored when he added “And you did a great job.”

A few weeks later, I got an email informing me that I was among the 80 Glee Project finalists who would be flown to Los Angeles for callbacks. We had a new list of songs to choose from, and we got to work with Zach Woodlee, Glee’s choreographer, who taught us a dance we had to perform as part of our next audition. After that audition, 50 people were sent home. The remaining 30 auditioned yet again, this time in front of Ryan Murphy. I sang “Uptown Girl” by Billy Joel and talked to Murphy about everything from my first word (McDonald’s) to Lady Gaga. Right around Christmas, Robert Ulrich Skyped me to say I would be on the show. I was overjoyed. All my dreams were coming true!

Once I made it onto the show, I was determined to represent for trans* people everywhere. I wanted kids like me to be able to turn on the TV and see someone they related with—that had never happened to me when I was young. I wanted them to know that other people like them exist, and that it’s OK to be whoever you want to be. So I made sure I talked about being trans* in all my confessionals, and I was forthcoming about my life and my transition when interacting with the other contenders.

There were 14 of us living under one roof. Pretty much everything we did, except for sleep, was filmed. High-stress, low-space situations tend to foster instant bonding, but we were also in fierce competition against one another (one of us would be sent home each week), which was a weird contradiction to deal with, emotionally. It was a constant balance of How do I work well with this person while outshining them but not outshining them too much, because part of my score is about how well I can fit into an ensemble?

Everyone on the show knew about my gender—I’m very open about it—and they were all really accepting. They were also curious, so they asked me tons of questions, and I enjoyed the opportunity to educate them (and, since the cameras were always on, the viewers) about trans* issues. My housemates supported me when my testosterone treatment caused my voice to change, and when it caused shin splints. And eventually, even though we were all competing for the prize of a seven-episode arc on Glee, camaraderie beat rivalry. We became so close that today eight of us live about 10 minutes away from each other in L.A. Our friendship is one perk from the show that has lasted.