And I love her for it. 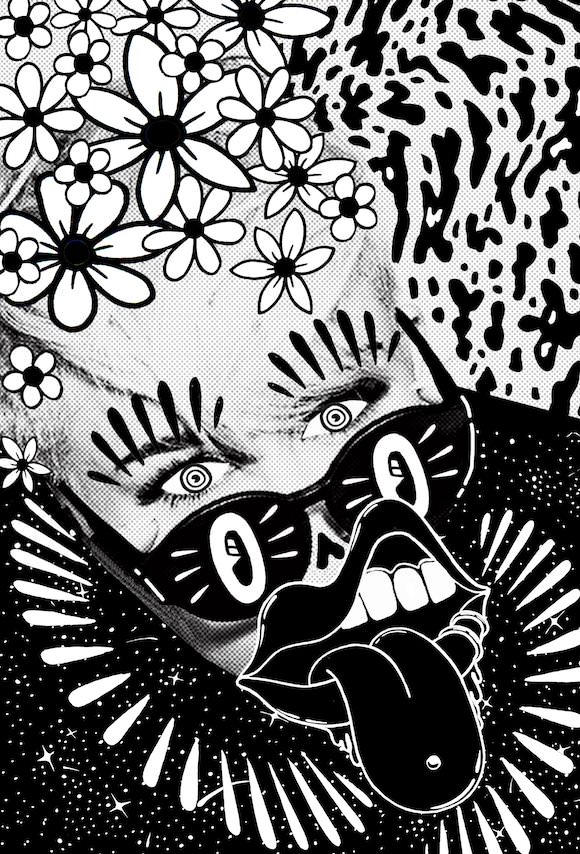 Destiny Hope “Smiley” Cyrus was born on November 23, 1992. Hannah Montana, and her regular-girl alter ego Miley Stewart, were born eight and a half years later, in March 2006. But the Miley Cyrus we know today wasn’t really born until December 10, 2010, when the tabloid site TMZ posted a potentially career-ending video of the Disney kid at her 18th birthday, smoking something (salvia, according to Miley) from a bong. It was supposed to be shocking, but the only shocking part was how normal the whole episode was.

Watching the clip now, it’s annoying in the way anyone else’s home movies are. But while the specific activity depicted may have been illegal (laws regarding salvia vary depending on state and country) and/or dangerous (see Amy Rose’s drug primer), it’s also kind of mesmerizing in its silly, commonplace immaturity and relative innocence. It’s like any goofy high-school party: Bad ’90s alt-rock is playing in the background (Bush’s “Comedown,” just to eradicate all subtlety), and the boys outside of the frame are instructing Miley how to smoke, whether she needs their help or not, as boys tend to do. She inhales, coughs, makes a face, and performs the act of feeling something. Then she sees a guy who she thinks resembles her boyfriend, Liam Hemsworth: “He looks so much like Liam! Is that me tripping?” Then she devolves into a giggle-fit, grabs for some Frosted Flakes, and growls mangled Nicki Minaj lyrics.

This is what I love about Miley Cyrus, and what makes her stand out among a generation of former child stars trying to grow up in the public eye: She insists on doing standard kid stuff, even as millions of people watch, judge, criticize, and assign meaning to her every move—and it isn’t some tragic story. She doesn’t seem like a victim or a cautionary tale. She’s just…Miley. While Britney, Lindsay, and Amanda leaned into their extended breakdowns and let their struggles surpass their art, Miley tiptoed to the line, did a little dance on it, and then got back to work, both as a performer and as a teenager.

There were always signs she could pull off this balancing act. The daughter of “Achy Breaky Heart” singer Billy Ray Cyrus and a goddaughter of the legendarily self-assured Dolly Parton, Miley saved her father from one-hit-wonderdom before she hit puberty. They had their father-daughter bumps along the way, with Dad doing more than his share of the acting out by participating in this pathetic GQ story, but they seemed to work things out and now banter back and forth on Twitter. Inside the machine, she excelled: She was a ball of charm and energy on her Disney Channel hit Hannah Montana and its various soundtracks and movies. And her early singles pretty much rule: There’s the faux-’80s catchiness of her first hit, “See You Again,” and the country-pop outrage of “7 Things.” Even the schlocky “The Climb” still sounds uplifting while perusing the candy aisle at the grocery store. And the genius of “Party in the U.S.A.” speaks for itself.

Like all teenagers, Miley excels at sly subversion. On tour in 2011, she started covering Nirvana’s “Smells Like Teen Spirit,” to the consternation of rock snobs everywhere. Around the same time she took to wearing an oversize Kurt Cobain T-shirt as a dress on errand runs. But Miley’s affection for Kurt, aside from just enjoying his music, doesn’t actually seem so crazy. Kurt was friendly with Miley’s dad, and I’m sure she found plenty to relate to in his music and his life. In his suicide note, Kurt wrote, “The fact is, I can’t fool you, any one of you. It simply isn’t fair to you or me. The worst crime I can think of would be to rip people off by faking it and pretending as if I’m having 100% fun.” Miley presumably learned in her Disney days what it was to feel like an industry puppet with a painted-on smile.

She got political at the end of 2011, releasing a remix of her song “Liberty Walk” in support of the Occupy Wall Street movement and recording a surprisingly poignant cover of Bob Dylan’s “You’re Gonna Make Me Lonesome When You Go” for Amnesty International. On Twitter, she spoke out for immigration reform and body acceptance, and she got a tattoo to show her support for marriage equality. It’s not all perfect—she comes from a privileged place and might not always grasp her innate advantages, like for instance when she overuses hip-hop slang like ratchet—but no teenage experiment is.

More important, she branches out with confidence. “Just recorded a banger,” she tweeted the other day, hyping her new album, which at one pointed was rumored to be titled Reborn. She’s seen doing what may very well be drugs at clubs, but there’s no rehab or paparazzi beatdowns, just dancing. Her relationship with Hemsworth seems bumpy, but there have been no public scandals. She’s the most public kind of person you can think of, and yet a lot of her business is private. That’s a tricky thing to pull off.

Over the years her look has gone from popular-girl flat-ironed highlights and preppy outfits to experimenting with some California hippie costumes before easing into an early-20s DGAF collection, reserving classy dresses for the red carpet. Recent sartorial highlights include a big “Sex, Drugs, and Rap” T-shirt with a snapback, short-shorts, and stilettos, and a “Treat Your Girl Right” crop-top hoodie, along with an out-there Met Ball success. Above all, though, is the hair, which she chopped off and bleached last year, in a radical, celebratory move that didn’t feel like a desperate grab for attention, but rather as that thing that girls do at least once when they’re young and bored.

What I love most about Miley, though, is her sense of humor. When she hosted SNL she did a sassy impression of Justin Bieber and sang along with the theme song to Vanessa Bayer’s “Miley Cyrus Show” skit, proving that she can make fun of herself. In that same episode she sings a ditty called “I’m Sorry That I’m Not Perfect,” pointing out that compared with those of other young’uns in Hollywood, her antics have been fairly tame. Her backup singers, Kristen Wiig and Bobby Moynihan, tell her in the song that she hasn’t, as far as we know, made a sex tape or texted photos of her genitalia, and Miley sings, “Don’t both of these things seem worse than a bong?” She’s not denying the whole salvia thing, but mocking the attention it brought her, even while she stokes it. She can’t help being a star, but she’s going to screw with people’s expectations.

Or sometimes, she won’t. On April 16, the day after taxes were due in the United States, the 20-year-old took to her Twitter account and, without shame, sent her father a message: “@billyraycyrus just found out you’ve been paying for my wifi and phone bill for the past year. Thanks dad!” Anyone still trying to grow up can relate. ♦