In Your Own Image

There are few greater sins than to be a woman and to love yourself and your art unapologetically. 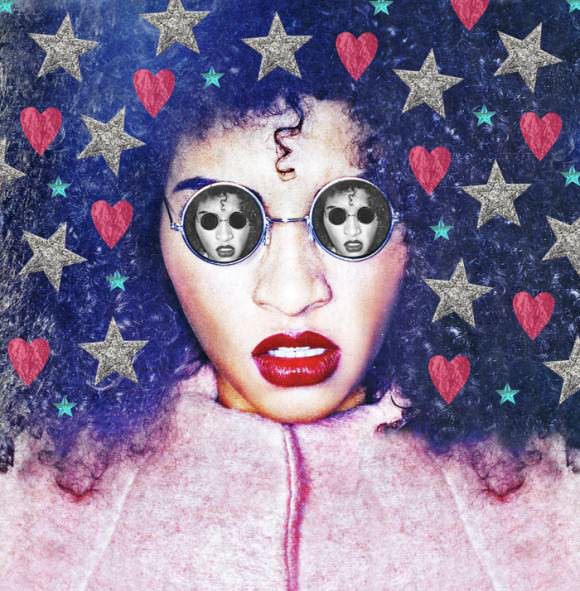 When I was 17 I started a fashion blog on a whim. I’d done a newspaper internship and some other writing before it, but I’d always self-consciously tried to imitate professional writers and just ended up sounding dry. My blog, on the other hand, was just for me, so it didn’t need to sound slick. It was very stream-of-conscious. I posted poorly lit pictures of myself posing in thrift-store outfits, wrote extensive musings on old movies I liked, and told weird jokes. It was one of the first things I’d written that sounded like me. Funnily enough, this thing that I did for fun, not trying to impress anyone in particular, got a much bigger response than anything I’d ever slaved over for the newspaper. I’m not saying it was art, but it got me a few paid writing jobs and it’s how I met Tavi and a lot of other great people who are still in my life.

But then something even more unexpected happened. As soon as people started to notice my blog, I got self-conscious again. This was no longer just something I was doing for fun and to improve my writing—I could feel all these eyes on my page as I typed, and all these worries set in, the main one being that people would think I was obsessed with myself—why else would I think anyone would want to read my precious musings about clothes? That feeling ate away at me until I finally just deleted the whole thing, a couple of years after I’d started it. It was a premature decision. I never stopped to consider that (1) probably no one was thinking about me intensely enough to have built a character profile in their head, and (2) even if they did decide that I was an insufferable narcissist, who cared?

At the time, I did. I thought narcissist was one of the worst possible things you could call someone. If you’re a narcissist, I reasoned, that means you’re selfish, superficial, and self-centered—a look you can get away with if you’re a man, by the way. If you’re a guy who makes stuff and you tend to be oblivious to the needs of others because you are obsessed with the inner workings of your own mind, people will call you a genius. A woman with these qualities is more likely to be called crazy, monstrous, an attention whore.

Mary MacLane was a brilliant writer. I know this because she says so on the first page of her 1902 memoir, I Await the Devil’s Coming. “I am not a girl,” she wrote. “I am a woman, of a kind. I began to be a woman at 12, or more properly, a genius.”

MacLane was born in Winnipeg, Canada, in 1881; as a kid she moved with her family to the small mining town of Butte, Montana. For three months in 1901, when she was 19, she kept a visceral record of her daily thoughts, annoyances, musings…and her growing attraction to the devil—all of which would later fill her book. She could be dramatic, the way a lot of us often are in our diaries, but she could also be funny, insightful, and provocative. And she took many opportunities to remind her readers of her talents.

When it came out, The Story of Mary MacLane—which was recently reprinted under the title she originally chose for it, I Await the Devil’s Coming—earned accolades but also an enormous amount of disgust from the public and critics. The New York Herald wrote that MacLane “should be put under medical treatment and pens and paper put out of her way until she is restored to reason.” A British literary magazine suggested the book was a hoax “to show us the real tommyrottenness of all this latter-day business of the woman who wants to go about exposing her ‘naked soul.’” (As if—all tommyrottenness aside—no one could have possibly wanted to read the intimate musings of a teenage girl.) Another reviewer accused MacLane of possessing “ignorance, indecency, and an illimitable absorption.”

Beyoncé was recently accused of “raging narcissism” for admitting she listens her own music. When Mindy Kaling created her own sitcom, on which she stars, people surmised that she was “in love with her own narcissism.” I’m not saying male artists are never called narcissists, but when people referred to Jerry Seinfeld, a man who starred in a sitcom he co-created, that way they were referring to his character on that show, not the real guy. I’m willing to bet that Bruce Springsteen is every bit as ambitious and cunning as Beyoncé or Lady Gaga, but no one ever questions his choice to devote himself to his career. Narcissist, egomaniac, calculating bitch—these are terms that are applied to any female artist who doesn’t make too many concessions to gender expectations . It can start to feel like there are few greater sins than to be a woman and to love yourself and your art unapologetically.

Any job where you make stuff up—musician, comedian, visual artist, writer etc.—requires tons of time, dedication, and blind faith (in yourself). Even the most talented people rarely spit out works of genius by accident. To make that hit record or create that hilarious show or paint that masterpiece or publish that brilliant novel, you not only have to recognize that you could be good at making art, but also that your art is something worthy of investing time and energy in—even if that has social “costs” like being accused of self-obsession or worse. Considering how painful and hard (and often totally unsuccessful) it is to bare your soul to the whole world in your work and then actually invite scrutiny from strangers, a little bit of self-delusional narcissism isn’t just OK, it’s necessary to get through all that without throwing in the towel (like I did).

Early 20th century writers like MacLane—as well as Dorothy Parker, Edna St. Vincent Millay, and Nella Larsen, to name a few—are among the artists I admire most, and I often think about the limitations they were up against. They were expected to get married, then to serve their husbands, and then to become mothers devoted to raising their kids. These writers are all very different from one another (I HATE it when women are painted with the same brush just for being female and having like one other thing in common), but they all made a decision that flew in the face of what was socially acceptable at the time just by making art for public consumption. And consequently they’ve all been accused, for one reason or another, of being selfish/narcissistic by critics and scholars, other writers, and sometimes even their fans. (MacLane, for one, still inspires discussions on whether “feminist narcissism” is a thing.)

Sadly, it seems pretty clear that saying “I am an awesome person, I matter, and what I make matters” is as brave now as it was a hundred years ago. But you know what? Loving yourself and being proud of your work aren’t character flaws. I’m not saying you should start ignoring your friends and family for the sake of focusing only yourself and ~your art~ day in day out (as with every life philosophy, “not being a jerk” should be a consideration). But don’t let the fear of being called self-absorbed stop you from believing that what you have to say or do or make is important or interesting. “I have in me the germs of intense life,” Maclane wrote in I Await the Devil’s Coming. “If I could live, and if I could succeed in writing out my living, the world itself would feel the heavy intensity of it.”

Maybe Beyoncé is allowed to think she’s a helluva entertainer because HAVE YOU SEEN her Super Bowl halftime show? And maybe it is important for Mindy to star in a sitcom she wrote because it’s 2013 and I still can’t think of any Hollywood-produced rom-coms with a brown female lead. Maybe every blogger (including me, I admit it) who carves out a space for herself to be creative on her own terms deserves to be reminded that her experiences are real, she deserves every opportunity to speak up about her life, and she has permission to make stuff—no matter what anyone else say.

In its day, MacLane’s book may have caused shock and outcry, but—like Beyoncé’s music and Mindy’s comedy—it was very, very popular. It sold 100,000 copies in its first month (that’s an average of more than three books per person for every citizen of Butte, Montana—then AND now), and its following among young women was cult-like. Fans wrote in to newspapers to defend not only MacLane, but her point of view. “I cannot understand how anyone can condemn her. She tells the unvarnished truth,” insisted one, while another gushed, “I love you, Mary MacLane! Not because you say you are a thief and a liar and not afraid of the devil, but because you are yourself.” If MacLane hadn’t published her book a hundred years ago, these gushing fans might not have known there was anyone else out there who felt the way they did.

But who’m I kidding—narcissists don’t make art as a form of charity. Make what you want to make for you. Be prepared to be criticized for it, maybe even to be cursed with the label narcissist. Because the payoff—having created something out of nothing, something that is truly your own—I know that’s worth it. ♦