I know she would have been on my side.

Friday Playlist: Hanging Out at the Factory 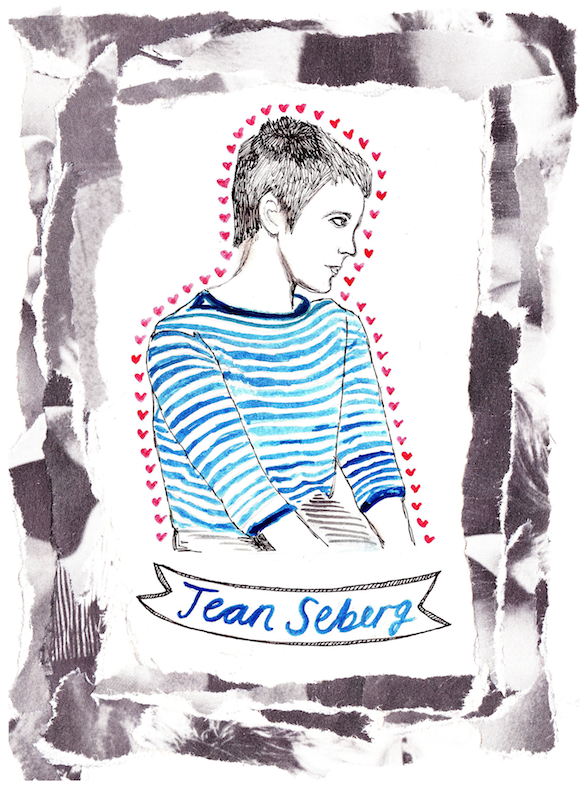 I grew up absorbing my parents’ good taste and pop-culture sensibilities like a sponge. I preferred my father’s favorite films (To Sir, With Love, Valley of the Dolls) to Buffy the Vampire Slayer and movies of my era, and despite the noxious nature of middle-school conformity, which made me feel self-conscious about my fascination with old-school music, film, and literature, I was never deterred from rooting around in the attic to pore through my folks’ collection of classic records and books. When I asked my dad one day why so many of his idols died young, he told me that certain people were “born before their time”: Otis Redding, Sam Cooke, Billie Holiday, Janis Joplin, Marvin Gaye. He spoke of their paradigm-shifting talent, their vibrant lives, and their tragic deaths. He used a metaphor that was especially vivid to me because I’d never heard it before: some people burned so brightly in their energetic youth, he said, that their flames were snuffed out sooner than the most. Years later, I realized that one of my icons was among these luminaries.

Her name was Jean Dorothy Seberg. When she made it big as the face of the French New Wave, her hometown newspaper said “her future could not be brighter.” She started out as a fledgling actress from Marshalltown, Iowa, and bested 18,000 girls in a nationwide contest sponsored by the director Otto Preminger for the role of Joan of Arc in his controversial 1957 film Saint Joan. A year later, she beat out Audrey Hepburn for the part of Cecile in Preminger’s Bonjour Tristesse. But I discovered Jean Seberg like so many others in the performance of her lifetime: as Patricia Franchini in Jean-Luc Godard’s 1960 film Breathless.

When I was 20 and studying abroad in Rome I watched the movie with my film-studies classmates and a professor who described the cinematography as “velvety,” and I was captivated by Jean’s portrayal of the coquettish but deliciously villainous American journalist who (spoiler ahead) betrays her con-artist boyfriend while he’s on the run from the law. She had a casual but rebellious beauty: Her short blond hair was cut in a pixie that predated Mia Farrow’s Rosemary’s Baby ’do, and her iconic yé-yé style included sailor tops and fetching striped dresses. She seemed to represent an alternative to the squeaky-clean femininity of the late ’50s and early ’60s: her movements were graceful but nervous, and I loved the irritating/endearing way that she spoke French with a distinctly Americanized twang. Her Patricia was defiant and demure, and as a student who wanted to carve my own path in college but still needed the support of my family, I felt like I could relate. Whenever I dealt with frustrations over my parents’ expectations for my continued education and my future, I thought of Patricia’s famous line in the film: “I don’t know if I’m unhappy because I’m not free, or if I’m not free because I’m unhappy.” 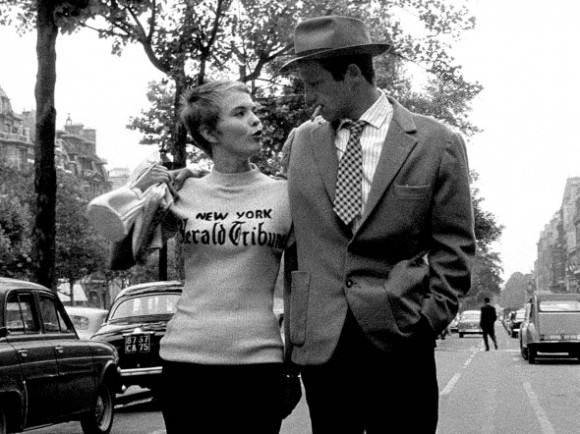 While I would later learn that there was so much more to Jean Seberg than her style, it was the first thing that made me fall in love with her. I was so mad for Patricia that I created a T-shirt to match her signature New York Herald Tribune top and wore it with black skinny jeans and ballet flats. I felt as invincible as I imagine Patricia did in her shroud of delicate roguishness. Once I caught wind of her friendship with my fave Warhol superstar, the Velvet Underground songstress Nico, I took my fan-girling to the next level and wanted to learn everything about Jean’s life.

Now this is going back about 10 years, and there was frustratingly little to be found on the internet. After months of searching, I ordered a tattered copy of Played Out: The Jean Seberg Story, an out-of-print biography documenting her childhood, her lightning-bolt ascension to stardom, and her sudden decline and death. She was an unfortunate example of the paradox of fame, which uplifts and empowers the people it eventually destroys.

When she started her career in her late teens, her handlers pressured her to be flawless. According to the bio, she was told she needed to improve her acting and forced to remove moles from her face and maintain a slim figure for the screen. She was almost immediately savaged by critics for her debut performance in Saint Joan; most of the reviews mentioned her inexperience as an actress. When a pre-60 Minutes Mike Wallace interviewed a 19-year-old Jean in 1958, he took a rude, almost combative tone with her: “You are a synthetic star. You have no real professional background. You are a pretty girl, but not the prettiest girl in the world…. If you had it to do again, would you rather learn your job first and become a celebrity second, or would you be perfectly content to do it the quick and easy way you’ve done it?” She sticks up for herself, but also manages to be tactful and vulnerable at the same time: “I have trusted the judgment of critics on any number of other things, and there’s no reason I should distrust them after they take a crack at me.” She goes on to speak of her admiration for Marlon Brando and Steve McQueen, whom she refers to as nonconformists who “try to protect those things that make them individuals.” (It’s worth watching the whole thing to hear Jean’s genuine thoughts about looking up to chic older women as well as to witness Wallace’s distracting chain-smoking.)

After the mediocre reception of Bonjour Tristesse, Jean spoke candidly to another badgering reporter, this time in France. I was humbled by her honesty when she talked about the impact of being young and dealing with personal problems, including divorce and a brief hospitalization, in the limelight in a country that isn’t your own. (She took off for France after the two Preminger films flopped, and learned French for her role in Breathless.)

In the late ’60s, she got involved in activism. She had been a member of the National Association for the Advancement of Colored People since the age of 14; in the bio, she says, “I can think of a thousand reasons for my joining the NAACP that make me sound terrific, but the only valid reason I can think of is a kind of alienation. I was raised in a rather strict atmosphere, and I thought that other people who were alienated in other ways must feel much more deeply.” She spoke out against the Vietnam War and reportedly contributed a significant amount of money to the Black Panther Party—this placed her on FBI director J. Edgar Hoover’s list of subversives—a compendium of secret intelligence pertaining to anyone suspected of being “an enemy of the United States.” Her phones were tapped, and her activities reportedly monitored by the FBI for several years.

This is how she won my heart. I know Jean would have been on my side growing up, when classmates teased me for being impassioned about women’s rights and racial equality. (I was known for a zero-tolerance policy around bullies who made ignorant remarks, and I was often accused of being “politically correct.”) She would have been on my side after 9/11, when some frat boys sent someone to my room to scrawl “Arab-lover” on my whiteboard, because of my support for Muslim and South Asian groups on campus. And she would have been pissed that I was once passed up for a job and told that I needed to communicate my feelings on the need for diversity in a way that was more palatable. Silence in the face of inequality only results in more suffering, and I often wonder if Jean felt the same way, because she certainly suffered the consequences of speaking up.

In an effort to tarnish her reputation, the FBI’s counterintelligence program at the time (COINTELPRO) planted a rumor in a gossip column claiming that Jean was pregnant with a Black Panther’s child (you can read the insidious memo here). The invasive surveillance and harassment that she put up with as a result are thought to have contributed to the stress that led her to go into labor two months early; her infant daughter died shortly thereafter. From what I’ve read, Jean never fully recovered: she continued to work, but she suffered a series of breakdowns and her career was on the decline (her politics assured that she was effectively blacklisted in Hollywood). The biography suggests that she returned to poetry, a childhood hobby, writing verse on the corners of newspaper. This one in particular kills me:

I run too fast,
I fly too high
I hit so hard
Too wide my eye
Too full my heart
Too deep my pain
So short the kiss

In 1979, at the age of 40, Jean Seberg committed suicide by overdosing on barbiturates. When I read that the note addressed to her only son read “I could no longer live with my nerves,” I wept uncontrollably. It made me so sad that my hero didn’t feel supported enough to carry on. I thought of a review that was quoted anonymously in her biography and published some time after the 1963 release of Playtime (aka La récréation): “Jean Seberg has found her best role: herself. I, and countless others, would have liked to see more of her.” She touched my life even though she exited it a year before I was born. She was a rebel with a cause in a world that wasn’t ready for her yet, and it saddens me that someone so eager and compassionate and smart and honest met so much resistance. But her courage and beauty leave me breathless. ♦