Catching up with imaginary boyfriends I have loved and lost.

Like a bout of chicken pox, the celebrity crush is a childhood rite of passage that a lot of us just have to endure. The “fever”—whether it’s caused by Justin or the other Justin, a Spice Girl or a Cheetah Girl—is intense but short lived. (An “I ♥ Zayn” stick ’n’ poke tattoo may last forever, but your devotion to him probably won’t.) So where do heartthrobs go when our young love fades and the spotlight is no longer theirs—when we all grow up? Do they retreat to a secret island and live off the bottled tears of millions of weeping preteens? WHAT HAPPENS TO A DREAM STREET DEFERRED? On today’s episode of Divulging Embarrassing Personal Secrets With Gabby, I will attempt to find the answer by investigating the current states of my own childhood celebrity crushes. 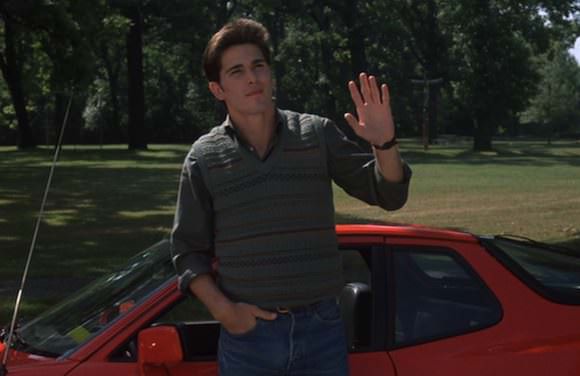 I became instantly enamored of Michael Schoeffling when I saw him in Sixteen Candles—or, more specifically, Michael Schoeffling as Jake Ryan in Sixteen Candles (NOT this Jake Ryan, UGHHH, GROSS)—when I was in middle school. Jake is the ultimate teen heartthrob: a wealthy, secretly sensitive hunk who questions his popularity and wants more out of life than to pal around with his overly privileged friends. I don’t want to reveal any spoilers, but at one point he surprises a character named Samantha (played by someone whose name rhymes with Jolly Dingwald) by appearing with his shiny red sports car outside the church where Jolly’s sister just got married. A lot of people find this scene to be the movie’s most romantic. The moment that really steals my heart, though, is the one where he presents Samantha with a beautiful cake at the end of her otherwise hellish 16th birthday. (I really like imagining him in line at the bakery, asking if he can get “Happy Birthday, Sam” written in frosting.)

Where is he now? OK, technically Jake Ryan only exists in a movie, so the answer is: Exactly where he has always been and will be…FOREVER! In fact, most of the character’s appeal lies in the fact that someone like him will never exist. Being human prevents actual humans from achieving his kind of mysterious perfection. He is a dreamboat—nay, a DREAM YACHT. (Because he’s rich, ha ha ha.) As for the real-life Schoeffling, I had hoped that in fervently Googling his name I’d discover that he went on to star in many more films previously unbeknownst to me, a buried treasure that would allow me to continue ogling his lovely self in new roles and new outfits for years to come—or at least some photos what would prove that he’s aging as beautifully as ol’ Jolly. Instead I found hundreds of images of him as Jake Ryan. It appears as though there were no public photos taken of Schoeffling after 1990, when he starred with Cher and Winona Ryder in Mermaids. Further digging showed that soon after that he quit the biz, settled down, had some kids. The most recent reports, which are fuzzy and about a decade old, say he makes handcrafted wooden furniture in rural Pennsylvania. Perhaps he can build an artisanal oak shelf on which I can display my BROKEN HEART. 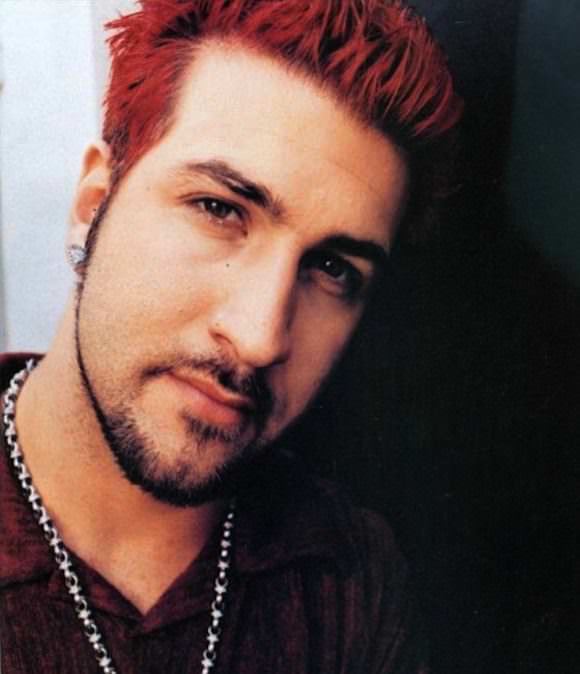 Some people think it’s weird to declare Fatone, with his impeccably groomed soul patch, your favorite ’N Syncer, but to them I say, “Google Chris Kirkpatrick.” Fatone was clearly the most funny, lovable guy in the now-defunct boy band, or at least that is what nine-year-old me deduced from watching SEVERAL interviews with him on MTV in which he cracked jokes and clearly wasn’t letting fame get to his ego. He seemed to be the group’s backbone. I couldn’t imagine him as the kind of boy who’d steal the spotlight (unlike another member of ’N Sync who shall remain unnamed but who now sings about the components of his formal attire).

Where is he now? The real question is, WHERE ISN’T HE NOW? In the early 2000s, Fatone starred in a variety of very important motion pictures, including but not limited to On the Line, My Big Fat Greek Wedding, and Homie Spumoni. He’s also had lead roles in Broadway shows like Rent, competed on Dancing with the Stars, been on a whole bunch of game shows, aaaand participated in a celebrity cook-off on the Food Network. He’s not letting his former-pop-star status stop him from living his life, you guys. While I no longer pledge my crush allegiance to Joey Fatone, I think of him fondly—kinda like how I’d feel about a friend’s funny dad. (SORRY FOR COMPARING YOU TO A DAD, JOEY FATONE, BUT YOU ARE A DAD.) 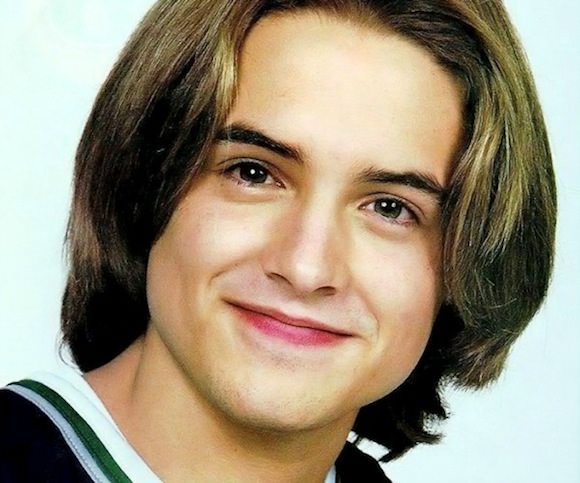 Friedle is best known for playing Eric Matthews, the silly big brother of Ben Savage’s Cory Matthews on the beloved ’90s sitcom Boy Meets World. I know Will best as the actor who has played with my heartstrings from the age of five to…now! (Thanks, Netflix!) Lots of BMW fans only have eyes for Rider Strong, the dude who played Cory’s best friend, Shawn Hunter, but my loyalty stands with Will. If you’re not familiar with him or his glorious antics, here’s part one of a three-part series of YouTube videos devoted to his greatest moments as Eric. When Boy Meets World first aired, the character was supposed to seem cool and sophisticated, but over time he became goofier and goofier (which to me = DREAMIER and DREAMIER). I guess my crush on Will Friedle is, like my crush on Shoeffling, basically an infatuation with the character he played.

Where is he now? After BMW, Friedle lent his voice to a whole bunch of cartoon characters, including Ron Stoppable on Kim Possible. There are rumors that he’ll be joining the cast of Girl Meets World, a BMW spinoff that’s in production right now, and I really hope they’re true. Since the reboot is in the hands of some of the show’s original creators, I have no bitter feelings—so far—that they could ruin the original Eric. 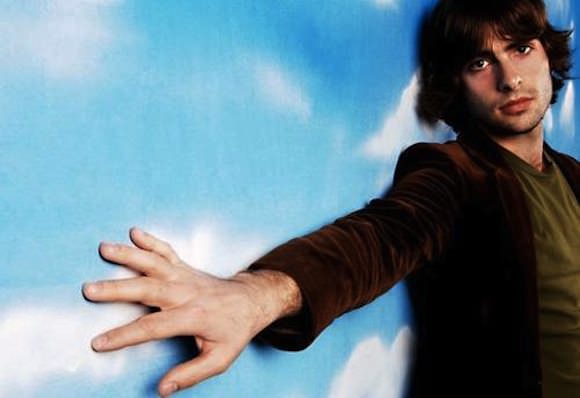 You might recognize Robert Schwartzman from his role in The Princess Diaries, as Mia Thermopolis’s best friend Lilly Moscovitz’s big brother, Michael. (In real life he’s Jason Schwartzman’s kid brother). There’s something about his eyes that makes you feel like he’s peering into your soul and ~truly listening~. At least that’s what I’ve picked up on. In The Princess Diaries he’s the only boy who sees Mia when she’s “invisible”—i.e., who appreciates her for who she is before her royal makeover, and that really struck a chord in my invisible-feeling preteen self. Unlike my previous actor obsessions, my love for Robert Schwartzman transcended screens when I became a fan of Rooney, the power-pop band he formed and fronted.

Where is he now? Rooney is reportedly on hiatus, but Robert released a solo album a couple years ago. Honestly, I haven’t listened to it—I’m not worried that it’ll be bad, I’m just afraid that it will somehow tarnish my image of Robert playing a piano covered in M&M’s. But the most important fact about his post-Diaries life is that he follows me on Twitter (where I’m joined by about 25,000 of his other closest friends)!
You guys: What will happen to the teen idols of today? Will it be possible for them to move into relative obscurity? Will they even want to? I get kind of worried about the internet’s ability to make fame seem never-ending, but part of me also hopes that Justin Bieber will keep Instagramming until his 2073 World Tour. Only time will tell. But if Tiger Beat: Elderly Edition exists in the future, you might catch me reading it in my Hoveround. ♦