You’re the One for Me

A love letter to my biggest friend crush. 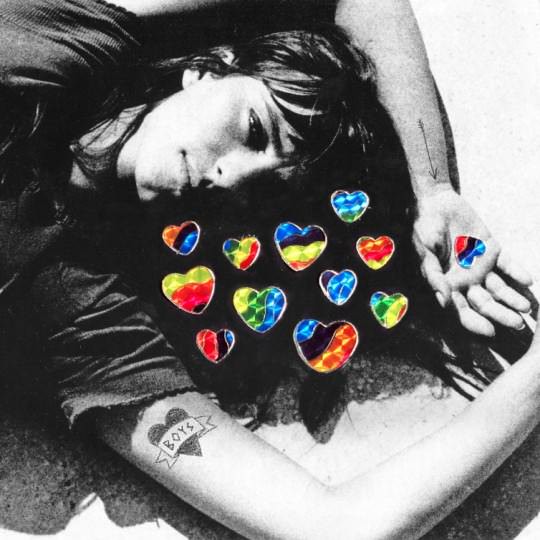 However, I do get crushes. TONS of them. On boys. And girls. I get crushes on PEOPLE. Terrible, heart-pounding, light-headed crushes. Crushes that force me to giggle idiotically at their jokes, that cause my spirits to soar when I make them laugh. Crushes that make me want to yell, “Hang out with me!” then run away in embarrassment, because you can’t just yell at people, I get it, I understand that now. And my crushes are the best kind of crushes: friend crushes—the crushes you don’t want to ruin with a relationship that’s going to last for, what, six months?

There’s this one girl. She’s a standup comedian I really admire. We’ve spoken a couple of times—each conversation more disastrous than the last. The first time was on the street after one of her shows—I knew she vaguely knew who I was so I felt comfortable enough to say hello. Of course, instead of “hello,” I said “Did you just have a show? I didn’t see it. Did it go badly?” The next time (about six months later) she didn’t remember me. I took it in stride, though, by which I mean I laughed hysterically, half-yelled “I’m very forgettable!” and walked away. After each of these conversations, I’ve gone home and berated myself: Why did I say that? Why were my arms placed so uncomfortably at my sides? Was I laughing at her jokes or having a panic attack? At this rate this woman will never want to get brunch and talk about boys with me!

The most intense crush I’ve ever had was on a guy named Gerald.* I met Gerald during my junior year of high school—almost three years ago—while he was dating one of the girls on my water polo team. I’m pretty sure the first couple of times I was in the same room with him I was standoffish, if not downright rude. We never really hung out much. I knew he existed and I talked to him if circumstances required, but back then a mixture of angst and podcasts preoccupied most of my time. At some point, though, I realized I really liked Gerald. Like, a lot. I thought he was funny and smart and “got me” and tried to understand when he didn’t. We shared interests, and our conversations were fun. It’s hard to find someone who will run back and forth with you on a joke.

I’m a standup comedian, and so I connect with people through humor—or, rather, I connect with people through humor, so I’m a standup comedian. And Gerald is funnier than me. He’s quicker and cleverer, and—most important—he knows when to stop. Not once has he laughed at a joke when it didn’t deserve it, but not once has he let a joke slide by that earned a laugh. We shared a sensibility and interests, and I could tell he liked me. He even Facebook-chatted me first sometimes! And, cherry on top: I didn’t like** him. And he didn’t like me.

Suddenly I needed him to be my friend. The way that I need oxygen, food, and water. (As my brain is dumb and crazy, I failed to realize that we were already friends.) Outwardly, the biggest difference was a marked increase in my asking him to hang out—he was a senior at the tail end of high school, and I was a junior who didn’t care about her grades, so every night could be treated like the weekend. And I took full advantage of this “free time” (I’d like to retroactively apologize for my physics grade). Any night that seemed feasible I asked to get “fro yo” (hip slang for frozen yogurt), and on the nights it wasn’t, I’d start a conversation over text or Facebook. If my friends invited me to a party, I’d offer to DD—drinking at these things was never worth it—then leave them at the party, drive to his house, and essentially force him to hang out with me until they were ready to be picked up. I wanted to spend time with him. So I did.

Which is not the most becoming behavior in a person, I understand. Obsessive desire usually does not bode well for a relationship. Herein lies the problem with the friend crush. I, the crusher, sit around worrying that this person, the crushee, doesn’t want to be my friend. Have I pushed too hard? Did I ask for their number weirdly? Do they actually like me, or am I forcing them to like me by just always being around? These questions lurk in the back of my mind and needle at my stomach. Because when you want so, so badly to be friends with someone, you come to realize how terrible it would be for them not to feel the same way. The vast majority of the population you could take or leave, but this person? You can’t live without hanging out with this person.

And on the crushee’s end, this can be a dealbreaker. There’s something uniquely unappealing about feeling obsessively wanted. Something weird about having a person, someone who should be a friend and a peer, always seem nervous and uncomfortable around you. Excess attention of any kind makes my skin crawl. I don’t want to make any of the people I like and admire to feel that way.

Lucky for me, Gerald is a singularly passive person. He rolled with my crazy until the crazy burned out—if you’re reading this, Gerald, thanks for letting me unload my problems and watch movies with you until two in the morning—leaving one of my most meaningful relationships in its place.

We’re still good friends—I’d call him one of my closest, and I like to think he’d say the same about me. With college and work we don’t talk as often as we could, but he’s still there to help me through a problem at 2 AM, when I’ve drunk a little too much wine and need to know if “that’s good” is an appropriate response to someone’s telling me “I like you a lot” (it’s not)—or keep me company on the eight-hour drive home from college. And I wouldn’t trade that for all the candlelit dinners in the world. ♦

Shelby Fero is a comedian and comedy writer in Los Angeles.