The Year I Learned Everything

I felt like I was about to have the best night of my life, so I took a deep breath and I jumped. 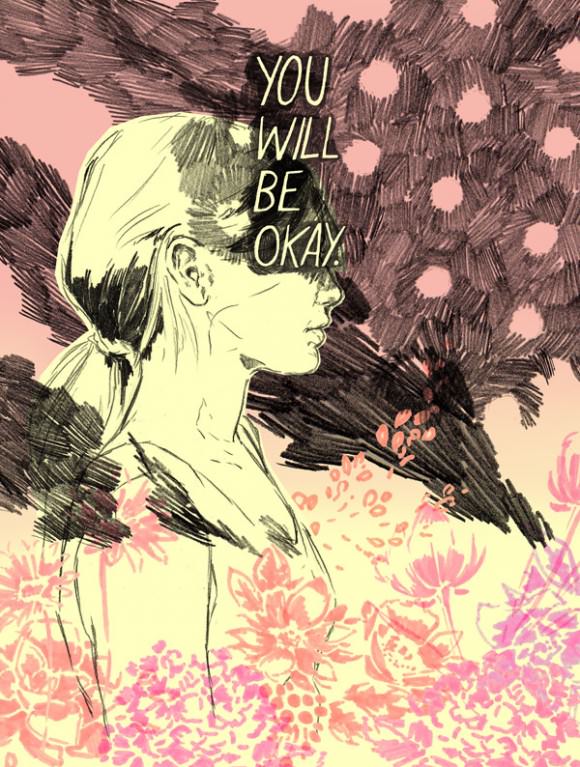 It is summer in a dead-end town. There’s not much good to say about that. I have been spending a lot of time at the community center pool. The lifeguards at the pool are all ugly so it’s kind of a waste of time. I always hope I’ll see a cute boy there and I like how the hot pavement feels when I walk barefoot. One of the lifeguards, his name is Jason Miller. He’s in college and still has terrible acne. I feel sorry for him. Acne is supposed to go away when you’re in college. You’re supposed to grow into your looks. He seems pretty lonely. Even though he wears sunglasses all the time, he stares at me. I always set my towel right next to his lifeguard stand and make sure to wear my skimpiest bikini. I feel like I’m doing a good deed. Sometimes, after he jumps in the water to help a kid who can’t swim or whatever, he climbs back into his seat and water from his body drips on me. He tastes like chlorine and sunscreen. I keep waiting for him to ask me out. He knows I’m going to be a senior this year; I told him. I think he’s afraid of girls. My brother says men who are afraid of girls are gay, but Jason Miller isn’t gay. When I roll onto my back and see him staring at me, I also see a rise in his swim trunks. Last week, I saw him at the Skate & Bowl with some of his friends. He’s the best-looking of the bunch so you can imagine how ugly his friends are. They were all bowling and really getting into it like total fucking losers. I mean honestly, it’s bowling. My dad bowls. Bowling is the only thing that makes him happy but he’s old so he has an excuse. These guys are like 19 or 20 and bowling makes them happy. There’s no hope. Anyway, Jason Miller was sitting off to the side drinking a beer. He must have a fake ID. He looked lonelier than he does at the pool. I sat next to him and started drinking his beer. He didn’t say anything so I stared at him and slowly drank every drop of that beer and he stared right back and when I finished I set the glass down. He said, “You’re welcome,” so I said, “Thank you.” Then my friends came looking for me. I squeezed his thigh, surprised by the muscle, and he turned bright red. I slid my hand higher to see how red he could get. I would have stayed longer. I wanted to stay longer. I would have squeezed other parts of him but I had to go. I want Jason Miller real bad.

My perfect summer of lying out at the pool was too good to be true. My dad made me get a job, said I had to earn my damn keep. I decided to get the worst job I could think of to punish him, something that would make him embarrassed when word got out. You know how it is in this town. I forgot what my mom said about my dad, how he has no shame. Now I am stuck waiting tables and washing dishes at a crappy chain restaurant. They don’t even really cook the food there. It comes frozen and they reheat it like a frozen dinner. Sometimes when people try to get real fancy with their orders, I want to tell them look, you’re being served microwaved food, you should have just stayed home. I’m the only girl who works in the kitchen. The line cooks spend most of their time staring at me even though I wear a T-shirt and jeans every day. I like to be comfortable and let’s face it: I run so much I look good in most anything. By the middle of my shift, I may as well be competing in a wet T-shirt contest, only there’s nothing sexy about it because I’m all sweaty and I stink like fried onions and potato skins and fish sticks. I hate working. I hate standing on my feet all day. I hate seeing what’s left on people’s plates when they’re done eating. People are gross. You wouldn’t believe what comes my way. Sometimes I wear gloves so I don’t have to touch anyone’s DNA but then it’s harder to hold on to the dishes and when I break dishes, my boss, Fat Willie, he gets really fucking mad and threatens to fire me but he won’t because he likes staring at my ass and every other part of me. Most of the guys I work with don’t speak English and they have greasy hair and porn-star mustaches. They make me wish I had paid more attention in Mrs. Morales’s Spanish class because I know they’re talking about me. I hear things like la gringa and culo and concha and I can just tell they’re saying some nasty shit. I’d tell them I’m nasty too but I don’t want them to get any ideas. There are enough boys around here who have ideas about me.

The only time I get to see Jason Miller now is after work. I miss seeing his pale skinny body sitting in the lifeguard’s chair. I miss him staring at me while little kids sort of drown, their lips slick with spit and pool water. The way he looks at me turns me all the way on. No one has ever looked at me like that. He came in a couple weeks ago. I was sitting at the bar, on break, drinking a soda, trying to flirt with the bartender so he’d serve me a real drink. That bartender must have been gay because my tits looked perfect in my tank top and I was doing dirty things with a straw. He barely acknowledged me. He’s an asshole. Jason Miller walked up to me and put a hand on my shoulder, totally freaked me out until I turned around and saw his ugly face, which isn’t ugly at all, just messed up with acne. He said, “You work here now,” but he wasn’t asking a question. He said it more like something finally made sense. He looked kind of happy about it and asked me if I wanted a ride home after my shift. I said yes even though my brother was coming to get me. By the time I got off work, I was in the worst mood, hot and sticky, my T-shirt stained with I don’t know what, and there was Jason Miller standing in the parking lot next to his car looking at me like I wasn’t hideous and that kind of made me angry. For the first few minutes I didn’t even say anything. We sat in the parking lot and he kept tapping his fingers against the steering wheel so I grabbed his wrist and said, “Stop doing that.” He blushed real hard, said, “Sorry,” and then he said, “Should I take you home now?” I said, “I don’t know, should you?” He suggested we go to the pool and I shrugged. When we got there it was real dark and it felt like we were breaking the law or something so of course I was really into it. He had a 12-pack of Natty Light and a beach towel and thank god there was a moon that night or we would have killed ourselves in that pool. Jason Miller handed me a beer and started undressing. I thought that meant we were going to fuck so I slammed the beer real quick, which made me sick as hell. My head was spinning and the beer sloshed around my stomach with the chicken fingers I ate earlier. I didn’t want to puke in front of a boy I actually liked so I tried to hold it together. I’m a party girl. I know how to rally. Jason Miller, he stood at the edge of the deep end in baggy plaid boxers. He smiled, wiggled his toes, threw his arms in the air, jumped and did a perfect dive into the water. He barely made any sound. It was like on TV. He swam toward me, and his arms in the water made such a pretty sound. He said I should come in. That boy raised himself out of the water and kissed my knee and held his lips there for a long time. When he pulled away, he said, “The water’s fine, just like you.” He smiled and I felt so hot and heavy and for a second, I didn’t know what to do. It was confusing. Normally with guys, I know what to say and how to move things along but with Jason Miller I drown. I thought about how nice it would feel to swim in the pool naked, to feel clean, to let water touch me everywhere the way I wanted a tall, skinny boy with bad acne to touch me everywhere. I told him to close his eyes and he did and that made me feel even funnier. This boy makes me crazy like he knows me even though I never tell him much about myself. I got undressed, and for a minute I stood there, completely naked at the community pool. I thought about how mad my dad would be. That man has strange ideas about who can and can’t see me naked. The ground was still warm and there was hardly any breeze. I felt like I was about to have the best night of my life so I took a deep breath and did exactly what Jason Miller did. I threw my hands into the air. I jumped.