Counting the days till (and the anachronisms in) Mad Men. Plus: Ebert’s trash-terpiece, Mark Twain’s advice to girls, and an Easter miracle. 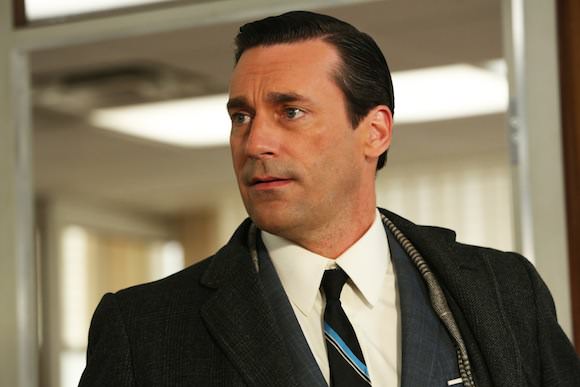 Tomorrow night is the sixth-season premiere of Mad Men (aka my favorite show that isn’t about vampire slayers, dysfunctional cartoon families, or trivia answers in the form of questions), which, as you know, stars “Ask a Grown Man” alum Jon Hamm. Watching Mad Men is like traveling through a time machine to the 1960s. The show’s creators do their homework, so finding technical flaws in its script and set is like playing Where’s Waldo?, except a version in which everybody has way better clothes. So anachronisms are infrequent, but Vulture managed to compile a list of more than a dozen times Mad Men has accidentally broken out of its assumed year. It’s a fun little exercise for history nerds. 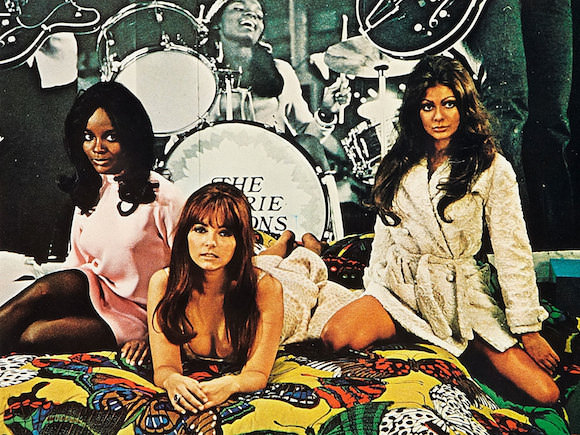 A still from Beyond the Valley of the Dolls, a movie co-written by Roger Ebert.

Over the past 24 hours, there has been no shortage of tributes and touching remembrances for Roger Ebert, who died Thursday at the age of 70, or for his legendary film criticism. At Grantland, Molly Lambert instead posted “an appreciation” for one of Ebert’s lesser-praised accomplishments—the screenplay for the girl-gang trash-terpiece Beyond the Valley of the Dolls. Ebert co-wrote the film, released in 1970, with Russ Meyer, the era’s king of giggles-inducing bad/good B movies. It follows three young women as their band, the Carrie Nations, starts to get more and more attention in the L.A. psych-rock scene. True to Meyer’s campy-lusty aesthetic, their bodies also get a notable amount of attention. Lambert admits Beyond the Valley of the Dolls is “a lurid exploitation movie,” but praises it for not making the viewer feel “gross inside” by watching it. That truly rare quality is a testament to Ebert and his populism.

I think I love Roger Ebert so much because he used to be kind of snarky, but in recent years started showing this very vulnerable side, writing blog posts about religion, identity, and death, and engaging thoughtfully with his readers. One entry he wrote in 2011 called “I do not fear death” was printed in his memoir and republished by Salon. I come back to this part often:

“Kindness covers all of my political beliefs. No need to spell them out. I believe that if, at the end of it all, according to our abilities, we have done something to make others a little happier, and something to make ourselves a little happier, that is about the best we can do. To make others less happy is a crime. To make ourselves unhappy is where all crime starts. We must try to contribute joy to the world. That is true no matter what our problems, our health, our circumstances. We must try. I didn’t always know this, and am happy I lived long enough to find it out.”

Brain Pickings has also put together a nice collection of excerpts from his book here, where you can also watch his TED Talk. The last line of his last blog post was, “I’ll see you at the movies.”

Buzzfeed also compiled every rap lyric to ever mention him, and it is awesome.

And more hip-hop news: Miley Cyrus and Snoop Dogg (Lion) finally released their collaboration, and I think I will have it on repeat until next year. Miley 4ever, 4 serious.

Plus, some odd and ends: Molly Lambert’s ingenious weekly tabloids round-ups for Grantland are my favorite, James Franco has a crush on Ryan Gosling, and Google had the best April Fool’s joke.

I just got back to New York after some months away, and I’m feeling pretty wistful and unjaded about the city. Hopefully it will be a while before that feeling fades, but, until then, I’m glad I have Cat Power’s new video for “Manhattan” to illustrate my current mood. It was shot on the streets of the city, and Chan Marshall’s dancing is so unpolished and unabashedly goofy that it makes the video feel super intimate and joyful. It’s fun to see NYC through her twinkling eyes.

Yesterday the Daily Beast posted an interview from its Women in the World Summit with Kavita Shukla, a young woman from Massachusetts who invented FreshPaper, an inexpensive, spice-infused paper that helps produce stay fresh much longer than normal. It’s designed for people who don’t have regular access to refrigeration (there are billions in the world who don’t) or nutritious foods. She was inspired by her grandmother’s anti-bacterial home remedy, and then started the company when she was 17 after experimenting with the same spices on produce in her own fridge. “Everyone has…ways that they think the world could be different,” she says. “If you just try to share it with a few people, it’s amazing how people support you.”

Two panels from a comic posted on The Knife’s website.

The Knife—in a move that once again confirms they are the COOLEST—started streaming their new album, Shaking the Habitual, on their website for free a week ahead of the official release date. The songs are weird and unsettling, which isn’t unusual for them, but compared to their previous albums the dance-factor is close to zero. A comic that was posted with the album on the band’s site makes fun of consumerism and the “vicious circle of wanting more and more crap,” which you can’t help thinking is at least partly a reference to market-driven pop music, much of which seems to be about how great it is to have fancy stuff. By making their new songs so challenging, are the Knife trying to prove a POINT? Probably yes. 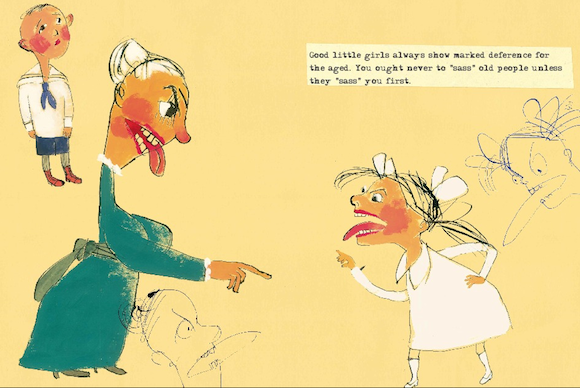 An illustration from the re-issue of Mark Twain’s “Advice to Little Girls.”

This week at the site Brain Pickings, Maria Popova announced the release of Advice to Little Girls, a reissue (recently illustrated by Vladimir Radunsky) of a short story written by Mark Twain in 1865. You might be thinking, Why would I want to read a book about the ways in which a dude in the 1800s thought girls should behave? Good question. Because we’re talking about Twain, who a lot of the time wrote with his tongue in his cheek, his recommendations are pretty funny, if not a little subversive. On one page, for example, he seems to be moralizing about how “good little girls” should “show marked deference for the aged”—but then he completes that thought with the recommendation to never “‘sass’ old people unless they ‘sass’ you first.” It’s sort of humor of the dad variety, but Twain was 30 when he wrote it.

My linx o’ the week, Public Service Edition (every item guaranteed to dramatically improve your quality of life):

1. New York did two things this week that made me feel proud like I did something good, which is like when people say “thank you” after you tell them their dog is cute, and you’re like OH DID YOU MAKE HIM?? (You don’t really say this but wouldn’t it be exciting if you did!) On Thursday a federal judge here ordered that the morning-after pill be made available without a prescription to people of all ages all over the U.S. (right now you have to be 17 to get it). If the Department of Justice doesn’t decide to appeal the decision, it’ll go into effect in a month. And NYC’s department of health created an app called Teens in New York City Protection+ that lets teenagers know where in the city they can go to get condoms, birth control, and free pregnancy, HIV, and STI testing without their parents’ permission or knowledge. (They actually stealth-released it back in January and still haven’t publicly announced it, but the media caught on to it this week.)

2. Teen Vogue’s guide to shopping for a vintage prom dress is really thorough. (More tips on that endeavor here.)

3. As is Splitsider’s guide to all the Infinite Jest references in this week’s Parks and Rec.

5. What to do if your cellphone rings during sex. 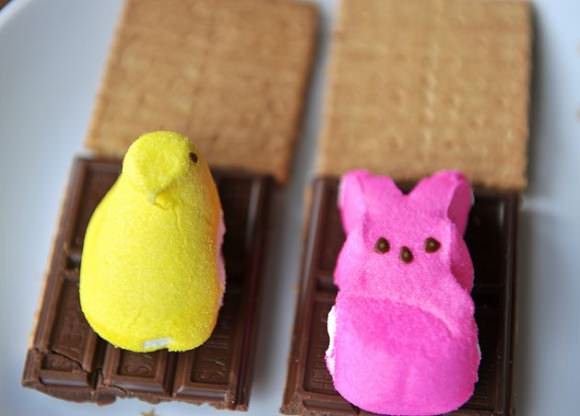 6. And perhaps the most life-changing of all: how to make Easter s’mores with Peeps. ♦