A Night to Kinda Sorta Remember

Stories of proms that didn’t go so well. The moral? Pretty in Pink is a really good movie.

The Importance of Angsty Art 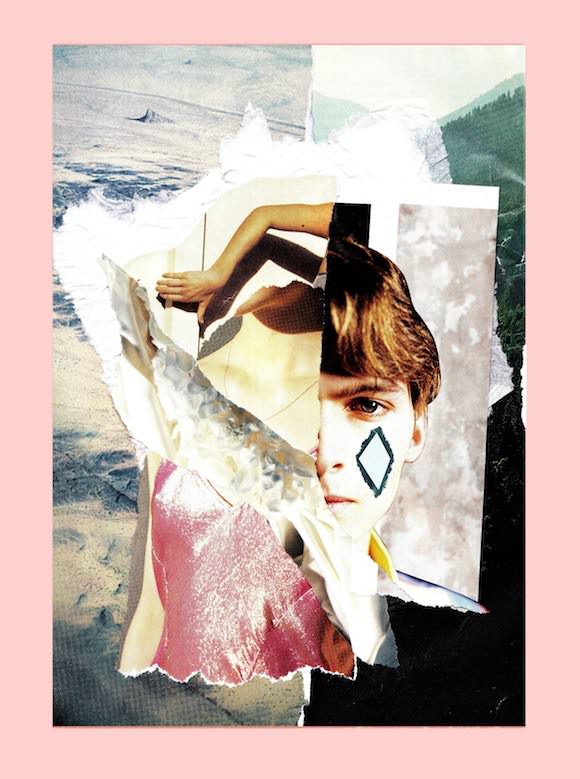 I was not trying to go to the prom. It wasn’t just that I was opposed to all organized group activities, although there was that. The entire institution turned me off: the idea that this would be the greatest night of my life, and that these were the years I’d reminisce about and long for until I died. Prom was a hallowed affair, and the myth of it was not meant for someone like me. I was an outcast in my status-conscious high school in Cheyenne, Wyoming, because I loved to write, my family wasn’t rich, and I wore thrift-store dresses and giant, boy-size skate clothes. I spent most of the final days of my senior year keeping a prison-notch count of the days until I could hightail it outta there. I had stars in my eyes for Anywhere Else. High school was excessively unpleasant, prom was a capitalist ruse, and there was no way I wanted spend a societally demanded “memorable night” with a bunch of people who hated me (and vice versa).

But. I was also a big fan of the movie Pretty in Pink, in which the outcasts of a suburban Chicago high school decide to go to prom despite it all. Iona, the cool punk-rock character played by Annie Potts, administers a warning to Andie (Molly Ringwald), who’s unsure about attending: “My girlfriend always has that feeling that something’s missing. She checks her pockets, checks her purse, counts her kids, but nothing’s gone. She decided it was side effects from not going to her prom.” I’d seen that movie so many times, I couldn’t forget Iona’s sage advice. I worried that if I didn’t go, I’d forever regret it, too. So I decided to suck it up and make some plans—if only for Iona’s sake.

The theme was “One Moment in Time,” based on a Whitney Houston song I liked, but which seemed corny for this purpose. It had been the theme song to the 1988 Summer Olympics, for one, so it felt like our prom organizers were trying to put SO MUCH pressure on us for this to be the BEST NIGHT EVER, even better than winning gold medals. Still, I had a date—my best friend Steven, who was at the time the only out gay guy in the school, and possibly in the entire Cheyenne district, an honor which invited its own special brand of ostracizing. We decided to attend defiantly, to prove we were as “normal” as all the other kids who treated us like gum scraped off the heels of their fancy shoes.

I engaged in the timeworn tradition of finding the perfect prom dress—one that I liked enough to commemorate in a photo forever, and also that was within my modest budget. Somehow I settled on a dusty-rose-colored, double-breasted gown that looked like a long, sleeveless smoking jacket, and open-toed platform slingbacks. It was nothing too fancy, but I incorporated glitz in other ways: inspired by Björk’s album Debut, with which I was obsessed, I glued rhinestones to the bottoms of my lower eyelids using Krazy Glue, which my adult self thinks is insane. I COULD HAVE GONE BLIND! DO NOT DO THIS AT HOME! But I felt kind of pretty, or at least somewhat cool. If I’m being honest, that was the real reason I was apprehensive about going to the prom in the first place. It wasn’t that I was so OVER IT. It was that I actually wanted to fit in and be accepted, just without compromising who I was. 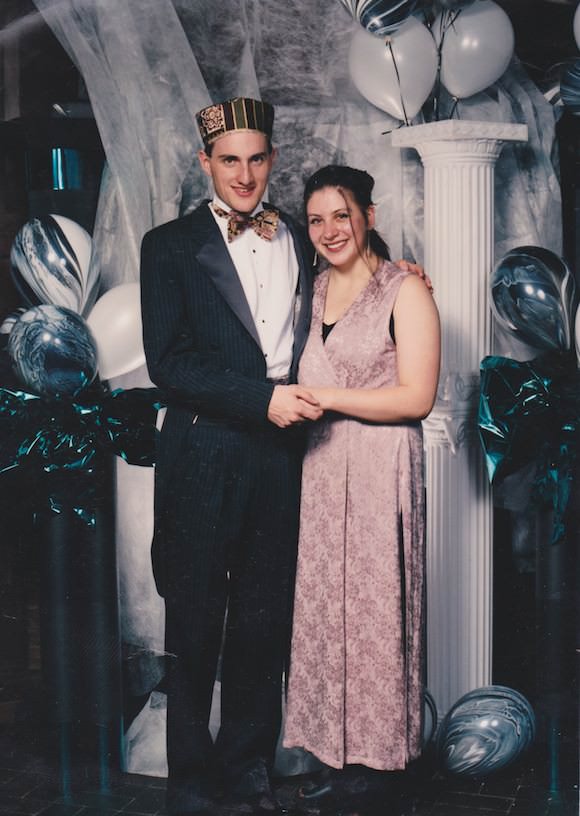 Steven wore a tux, but our friend Laketta’s extremely disrespectful date stood her up—and may he suffer forever for it—so Steven switched out his accoutrements with the kufi, bowtie, and cummerbund that matched the dashiki gown Ketta’s mom had made for her. We were all dates together. Steven took two photos—one with her and one with me, and our photo is a real piece of work: me with my glittery Björk eyes, sweating profusely from dancing too hard, and him, a white man in a kufi that hid his sub-Morrissey haircut (the Lennon glasses are not pictured). We look more awkward than we do in any photo we have together from our 20-year friendship. But we also look happier. In theory, the night was as bad as predicted: there was Ketta’s absentee date, a few mean taunts from the usual suspects, and about six slow dances to “One Moment in Time” (chill, prom DJs!). But in retrospect, it really was the best, most hilarious night ever. We danced until we hurt, we made jokes and prank-called the creep who left Ketta solo, and once we left, we commiserated back at my mom’s house, staying up till sunrise and feeling invincible. We even talked to some of the people whom we thought hated us, united as we were in that one moment in time.

So even though I thought I never wanted to go to prom, I’m glad I did. It was the first time that I realized that even when you’re in the throes of hellacious hell and you think life will never improve, sometimes it does. Sometimes the worst moments are also the funniest. Sometimes the experiences you dread are the ones that become indelible and awesome in your brain. ♦